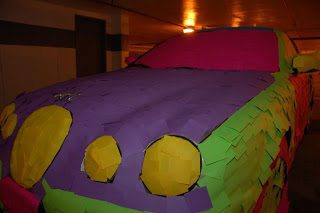 Actually, this camoflauged Jaguar isn’t the next XF, but it is a car which Jaguar should have done differently from the beginning. By 2007, years before that really, the S-Type drove pleasantly and had engines capable of stirring the performance pot. But the retro looks were not favoured by enough buyers.

These pictures prove that to be the case. Although this is just an office prank, it is nevertheless very interesting the vehicle which was chosen to be covered up by post-it notes. The email I received titled it thus: “Somewhere there’s a very unhappy office manager with nothing left in the annual supplies budget.” 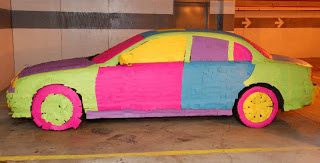