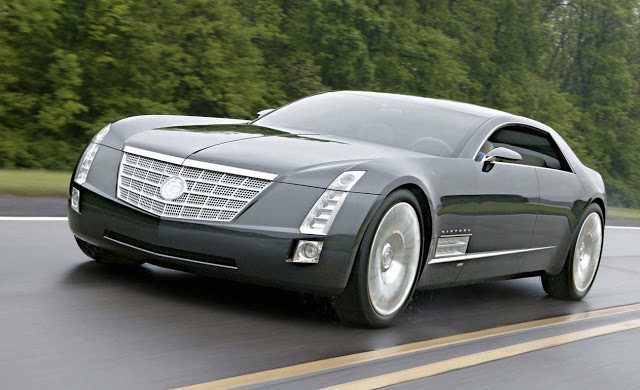 CADILLAC
It was clear from the get-go that Cadillac’s new CT6 – the first 35 copies were sold in America in March – was not an outright Mercedes-Benz S-Class challenger. It’s not quite big enough. It’s not nearly expensive enough. But the proposed Cadillac CT8 is no longer proposed. You may think the idea of a truly wild Cadillac sedan could return the brand to the glory Standard Of The World days, but customers are quickly turning away from full-size, full-priced luxury sedans.  – Jalopnik

FORD
Dearborn, Michigan’s Ford Motor Company is spending $1.6 billion to build a new car factory in San Luis Potosi, Mexico, in the north-central part of the country, 1000 miles from the Fusion factory in Hermosillo and 230 miles from the Fiesta plant in Cuautitlán. No, Donald Trump won’t be happy. Yes, it seems entirely possible that production of the Focus and C-Max will move to San Luis Potosi while production of the global Ford Ranger (and maybe the Everest, or Bronco?) steps into the Focus/C-Max factory in Wayne, Michigan. – Automotive News

VOLKSWAGEN
Is this Volkswagen’s North American saviour? The second-generation Tiguan, CAR Magazine says, “is a surprisingly luxurious cabin and we remain enthralled by the intelligent touchscreen infotainment,” and, “feels surefooted and agile, but not especially sporty.”
medianet_width=’300′; medianet_height= ‘250’; medianet_crid=’717379412′; VOLVO
More than two-thirds of Volvo Canada’s sales in March were produced by the new XC90, Volvo’s flagship. That’s good. And bad. If Volvo is to succeed in North America in the long-term, the next few vehicle launches must go as well as the second-generation XC90’s. – Autofocus

BMW
With non-existent demand, BMW will not be offering a manual transmission on their iconic M5 come model year 2017. Get one while you can. (Which you likely can’t. And won’t.) – Car & Driver

WATCH
Jaguar sold 61,204 cars in the United States in 2002; fewer than 15,000 in 2015. The size of the brand’s lineup is partially to blame, with no entry-level car to speak of since the X-Type departed eight years ago. If Jaguar is to return to healthy U.S. sales volumes in the United States, this surprisingly affordable Jaguar XE must find true success in the very near future. And for Jaguar to find long-term success, the XE will have to do well in Consumer Reports’ surveys, too.