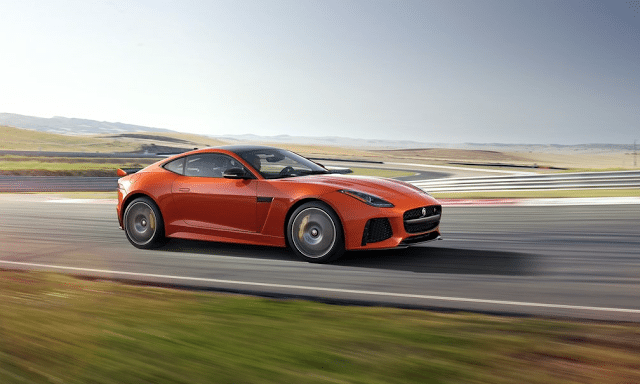 Here are the five must-read, must-watch auto news stories and videos for Wednesday, February 17, 2016.
SVR
Jaguar’s range-topping F-Type SVR will be a 567-horsepower, 200 mile per hour coupe… or convertible. It’s maybe a bit overdone, a bit TVResque. – Top Gear
FCA
After being sued in the United States for conspiring to inflate sales reports, Fiat Chrysler sales boss Reid Bigland says, “They’re disgruntled.” Bigland also defended the use of stair-step incentives to dealers, a long-term practice for the company. – Windsor Star
GENESIS
The new U.S. manager at Hyundai’s soon-to-launch Genesis brand is Erwin Raphael. He’ll be tasked with doing for Hyundai what Lexus once did for Toyota. And it won’t be easy. – Automotive News
ACADIA
And they, whoever they are, say cars are getting so expensive. The smaller 2017 GMC Acadia, which now comes standard with a four-cylinder engine, is less expensive than the outgoing Acadia. – Car & Driver
WATCH
It was always a bit weird that Time Inc.’s The Drive website looked so much like one of your former favourite YouTube channels, Drive. Well, now they’re together, and they’ve produced a teaser.