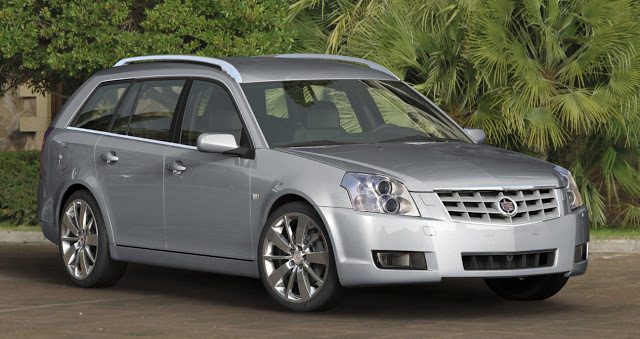 CADILLAC
Out come reports that Cadillac will soon debut a new entry-level model, perhaps even a hatchback, based on the new Chevrolet Cruze. In come concerns that this is Cadillac reliving its Cimarron past, regardless of how competitive the Cruze is in its own category. Then come reports that no, this really is just a rumour among rumours. Cadillac’s most recent entry-level model was the Saab 9-3-based Cadillac BLS, which wasn’t sold in North America.– Jalopnik

MITSUBISHI
Mitsubishi says the brand’s U.S. models go through standard EPA testing without cheating. And we’re choosing to believe Mitsubishi at this moment, despite the fact that they’ve acknowledged cheating for 25 years. They wouldn’t be doing so now, would they? – Reuters

MERCEDES-BENZ
The GLA-Class is not the most prototypical Mercedes-Benz to begin with, all the less so in AMG GLA45 guise. Tack on the Aerodynamics Package and the GLA quickly becomes Mercedes-Benz – the builder of a large number of impressive vehicles – at its worst. – TTAC

JAGUAR
“The thing we find so compelling about the F-Pace is that its dynamic excellence is augmented with serious practicality.” – Car & Driver

WATCH
Would you be willing to spend a lot more money on a Maserati Levante than you may have to on a Jaguar F-Pace? Here’s AutoExpress’s first Levante video review.