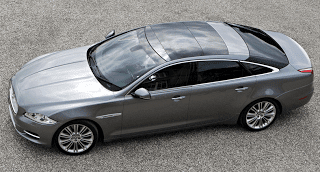 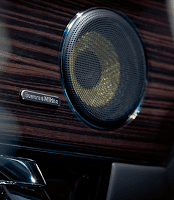 Back in July, GoodCarBadCar.net went in-depth with the new Jaguar XJ’s pricing. Then in August, the XJ’s pricing was analysed for differences in Germany, the U.S., and the UK. We know there’s a whole lot of horsepower, a completely (and utterly, totally, wildly) new look, and – as always – a field full of competitors which routinely sell in significantly higher Numbers than does the Jaguar XJ.

For something different, The Good Car Guy has plucked out certain Numbers pertaining to the 2010 Jaguar XJ that will make you nudge the person sitting beside you and say, “Hey, did you know the new XJ has….?” before realizing that you don’t know the person sitting next to you and they don’t want you bumping their elbow.
—–
6.0 – seconds required for the new Jaguar XJ diesel (a 3.0L twin-turbo) to reach 60 miles per hour, although it ain’t about to reach North America at all
50 – percentage of the Jaguar XJ’s aluminum body made up of recycled materials
400 – total Computational Fluid Dynamics performed on the Jaguar XJ before the end of the initial design phase, helping to achieve a drag coefficient of 0.29
16 – percentage increase in thermodynamic efficiency inside the Jaguar XJ’s new supercharger
300 – milliseconds required for the second turbocharger to come on line above 2800 rpm in the 3.0L V6 diesel
14.9 – size, in inches, of the brake discs on supercharged V8 XJs, making the brakes 1/10th of-an-inch smaller than the wheels on a ’92 Jaguar XJ6
14 – millimetres of extra length ahead of the front wheels on the new Jaguar XJ, which, along with an extra 7mm behind the rear wheels, accounts for the new XJs added length while the wheelbase remains the same
20 – stereo speakers used by the new Jaguar XJ when equipped with the top-of-the-line Bowers & Wikins system
1200 – total watts of transient output generated by the new Bowers & Wilkins stereo in the XJ
54,000 – unique parameters potentially handled by the largest electronic processor inside the new Jaguar XJ, the processor which handles the Dolby Pro-Logic surround sound for the Bowers & Wilkins stereo
7,000 – virtual crash tests performed “on” the Jaguar XJ during product development
1,000,000 – virtual miles driven “in” the Jaguar XJ during product development
85 – percentage of each Jaguar XJ to be recycled at the end of its life