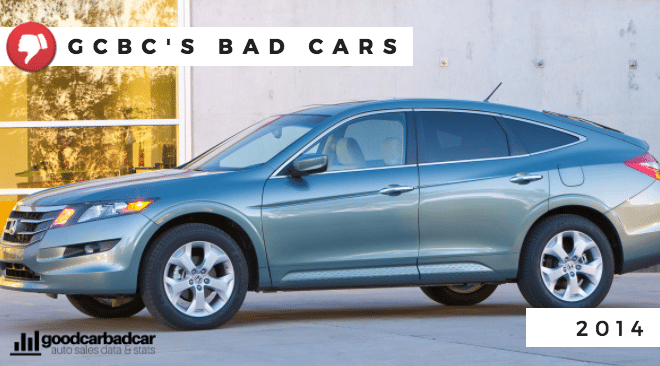 GCBC’s The Bad 8 has been abridged for 2014. These are the vehicles that would be least welcomed in GCBC Towers’ driveway, perhaps even rejected. Want to get us something for Christmas? Don’t get us any of these vehicles.

One key premise behind modern car reviewing suggests that, in 2014, there’s no such thing as a bad car. But that doesn’t mean you can’t do better. In the case of these eight cars, you can definitely do better.