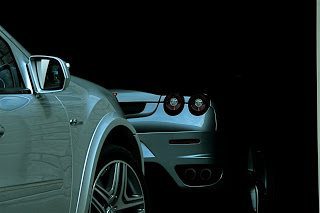 This Ferrari 430 Spider was visible inside a garage in Bedford, Nova Scotia.
The Mercedes-Benz ML63 AMG was forced to inhabit the driveway. 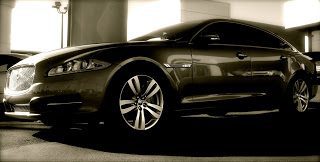 The Good Car Guy wasn’t a huge fan of the 2010 Jaguar XJ
when pictures were first revealed. In the flesh,
Jaguar’s new big sedan is far more impressive. 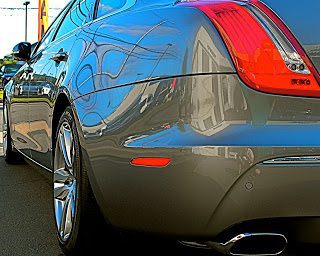 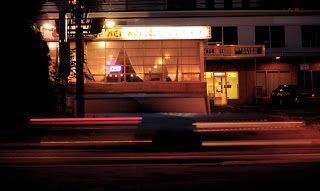 The Rockingham section of Bedford Highway 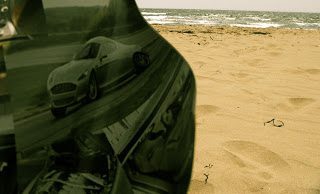