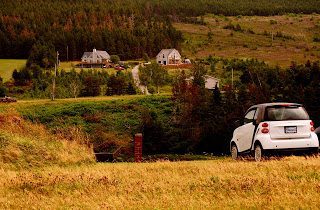 750 KILOMETRES, 18 HOURS TO CAPE BRETON AND BACK IN A SMART FORTWO

The Good Car Guy’s slackness on U.S. auto sales data this week relates directly to that feeling you get after vacation…. and the feeling before a vacation. A three-day week between ten days in PEI and a four-day weekend for a jaunt to Cape Breton makes for lackadaisacal work effort. The July 2010 sales data for the U.S. is coming very soon, but first, a look back at yesterday’s drive.

At approximately 8:00am in Halifax, GoodCarBadCar.net’s long-term smart fortwo left GCBC Towers and headed for the Stanfield International Aiport. There, the other vehicle in our transportation tandem (a Nissan Altima driven by in-laws) was acquired. One stop near New Glasgow, another in Auld’s Cove, and a long stop at the causeway for a barge to travel through the canal meant time was suddenly tight. The Good Car Girl’s cousin was to be married near Chimney Corner at 2:00pm. No problem, right? No problem, except for the fact that supper was hours away and we needed lunch.

So the final stop was in Mabou at the Red Shoe Pub. This is the Red Shoe Pub operated by the Rankin sisters, members of the famed Rankin Family. Tell My Ma When I Go Home. The food was tremendous but slowish in coming and we weren’t adequately dressed for a wedding. The four of us ate about half the food on the table, rapidly paid (the bill was pre-delivered) and estimated TOAs were provided by staff. The time was 1:00. The wedding was at 2:00. One staff member believed the drive to Whale Cove Bluff to be about an hour; another said 45 minutes.

We made it in 34 minutes, thanks to The Good Car Guy’s expert driving (*guffaws*) and a very liberal interpretation of the speed limits. Naturally, this being Cape Breton and many members of the wedding party being homegrown, the wedding didn’t actually start until 2:35, at which point the officiant (The Good Car Father-In-Law) pointed out that the wedding was actually scheduled for 3:00pm, so it was early getting underway. He was kidding. 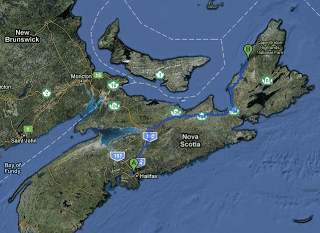 Then came the drive back to Judique for the reception. At 10:30pm we left Judique. The Good Car Girl took over driving duties at 12:01am in New Glasgow. GCBC Towers was spotted at 1:45am. 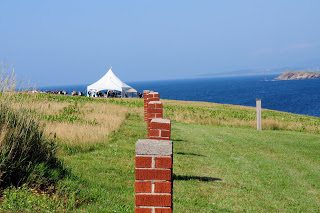 Fuel economy averaged 5.7L/100km, just over the EPA’s highway rating of 41 miles per gallon. The average speed is…. ahem… unknown. 750 kilometres were added to the smart fortwo’s odometer.