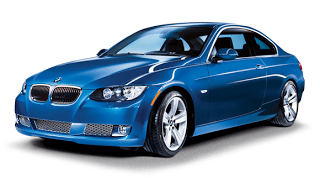 Sometime last century an executive in Munich decided the best way to satisfy hundreds of thousands of car buyers was to offer those buyers the same thing in countless flavours. Thus, the idea for continually multiplying the variants of BMW’s 3-Series was born. Its competition has been – and likely forever will be – stymied.

Imagine a street fight where you enter the alley with nothing but your fists. Sure, you’re strong. And you’ve been trained by some of the best. That being said, your opponent has a knife in one hand, a bicycle chain hanging out of his back pocket, and a bulge on his left ankle which ominously represents your inevitable defeat.
Likewise, an army of adversaries has sprung up to struggle against the BMW 3-Series. Some even enter the fray with numerous adaptations of their own. Not a single automaker can put up a genuine Sales Stats fight with the small BMW, however. More certainly, not a single 3-Series enemy equips itself with a chassis as fit for an engagement; engines as amped for a streetlight altercation; or an image as intimidating before a quarrel.
—–

Base USD Price: $32,850
City Mileage: 14-23 mpg
Configurations: Six different sedans with four different engines and the option of all-wheel drive. Five different coupes with three engines and the option of all-wheel drive. Three convertibles, each with their own engine. And a wagon with just the one engine but still available with all-wheel drive. Plus, in Canada, the availability of a 2.5L inline-six with 200 horsepower which brings the base 3-Series price down by $6,500.
CLICK HERE FOR THE GCBC AWARDS INTRODUCTION
CLICK HERE FOR THE GOOD 12 v3.0 PART II