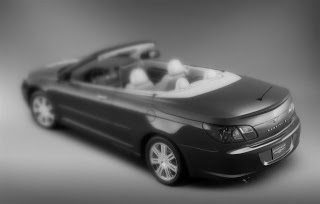 Keep it brief: complementary reviews may as well be lengthy; harsh reviews and placements on Must Avoid lists shouldn’t be exhaustive. If you don’t have anything nice to say…. at least keep your comments short.

Chief reasoning to affix Bad Car to any vehicle is always the evidence of a substantial number of better automobiles available at a substantially lower price of entry. Three more reasons that Chrysler’s Sebring Convertible should remain far away from your shopping list?

Check out that hind end. If I tried to design something as henious as that; I would fail. Next, watch that hind end wallow when following a Sebring Convertible in Orlando this summer. Guaranteed: you’ll wonder just how the occupants aren’t barfing over the side for the sea-sickness. 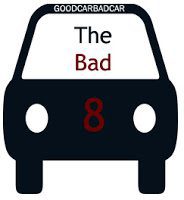 Finally, you read the word ‘Orlando’, right? Well, what about Boca Raton? Jerry bought his dad a big Cadillac quite a few years ago. If Seinfeld were still on the air, it’d be a Sebring Convertible in 2008. The real Jerry Seinfeld knows better – but Boca Raton knows worse.

Necessary Incentivizing To Switch To The Good 12: Downpayment for south Florida condo in the trunk of your new Sebring Convertible.

Anything Else? The Sebring battles the Mustang for top-selling droptop in the USA, but is beginning to drift from its former #1 perch.