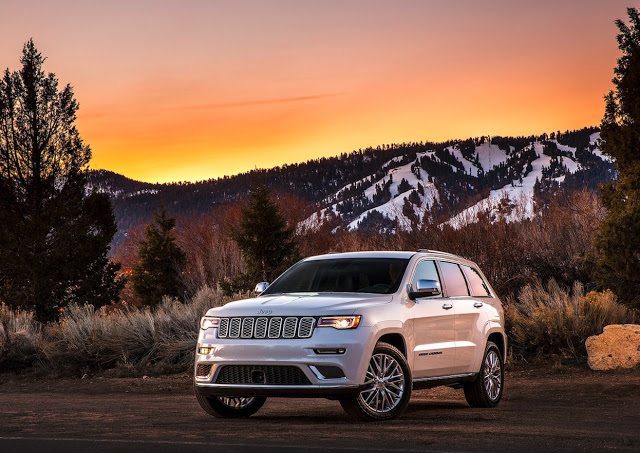 Every Auto Brand In America Ranked By 2016 SUV/Crossover Sales

Jeep sold 153,709 more SUVs and crossovers in 2016 than the next-best-selling auto brand in America, Ford.

While Ford benefited from far more pickup truck and car sales – Jeep sells neither trucks nor cars – Jeep was the top-selling utility vehicle brand in the United States in 2016. 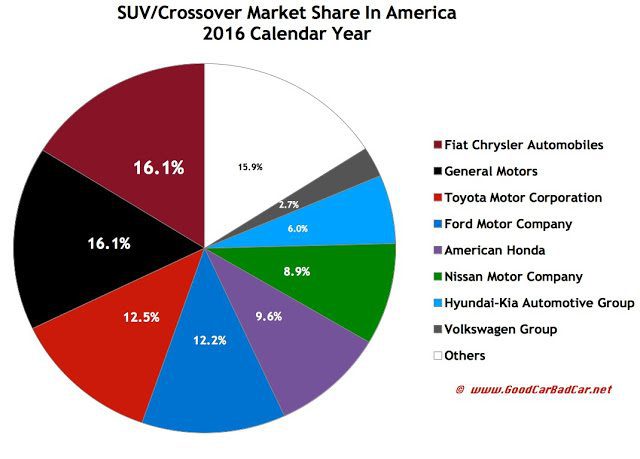 Ranked eighth, GMC likewise does not sell any cars but does produce more than half its volume with pickups and vans. GMC sold 266,892 SUVs/crossovers in 2016. Land Rover, which markets utility vehicles but no cars, trucks, or vans, ranked 21st overall in SUV/crossover sales and eighth among premium brands.

Lexus, with 195,174 RX, NX, GX, and LX sales, sold more SUVs/crossovers than any other premium brand. For a fifth consecutive year, the Honda CR-V was America’s top-selling utility vehicle in 2016. The CR-V accounts for 64% of Honda’s utility vehicle volume. Traditional body-on-frame SUVs accounted for 11% of the 6.9 million utility vehicles sold in the U.S. in 2016.