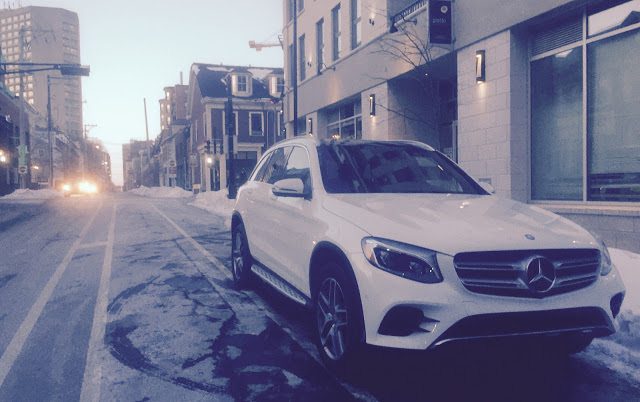 By historical standards, the small luxury SUV category is a relatively new sector in the North American auto industry.

With the Freelander and X3, Land Rover and BMW got the ball rolling in the late 90s and early aughts, respectively. But the first Freelander wasn’t much of a luxurious device – Land Rover now competes in the segment with the new Discovery Sport – and the first X3 was poorly styled, rode stiffly, and wasn’t all that luxuriously outfitted, either.

This is Mercedes-Benz’s third small luxury SUV effort. First, there was the GLK-Class of 2009. Then along came the smaller GLA in late 2014. The 2016 Mercedes-Benz GLC is a GLK replacement, a C-Class-based attack on the top-selling Audi Q5, itself an aging first-gen model introduced in 2009.

WHAT IS IT?
Mercedes-Benz’s first small SUV was the GLK, introduced in 2009 to take on the BMW X3. Strong SUV styling cues and a powerful 3.5L V6 engine produced steadily growing U.S. sales. 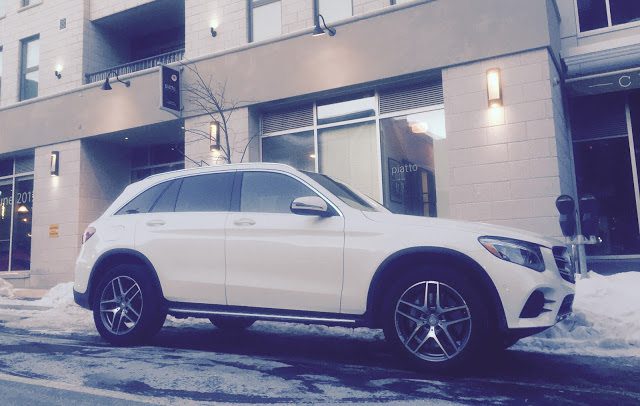 But the GLK was too small, its interior didn’t live up to the expectations many of us have for Mercedes-Benz quality, and the competition has since grown even more fierce. In 2014, the GLK’s best U.S. sales year, the Mercedes-Benz was easily outsold by the Acura RDX and Audi Q5.

For model year 2016 and the dawn of new generation, the GLK’s name changes to more accurately reflect the GLC’s relationship with the most popular model in the company’s lineup, the C-Class. Along with the name change, Mercedes-Benz has produced a bigger SUV with a suitably luxurious interior and more refined on-road behaviour.

Mercedes-Benz’s smaller crossover is the CLA-based GLA, Canadian pricing for which starts at about $40K.

The only three-row Mercedes-Benz SUV is the GL-Class, which stretches from slightly less than $85,000 to far more than $130,000, which is where the military-based G-Class starts.

HOW BIG IS IT?
Bigger than the GLK was, thank goodness. The GLC is nearly five inches longer than the old GLK and a couple inches wider. Despite its greater exterior dimensions, the GLC is also substantially lighter than the GLK, a boon for fuel efficiency, ride quality, and handling.

Cargo volume behind the rear seats is up by 24%. With the rear seats folded, there’s apparently only 3% more space, but the difference appears far more significant, as the GLC’s cargo area width is up by nearly six inches.

As for the GLC’s placement in the Mercedes-Benz SUV/crossover lineup, the larger GLE-Class is about six inches longer, slightly more than an inch wider, and six inches taller. The GLE offers more than 1000 litres of cargo volume behind the rear seats; the GLC just 580. The smaller GLA250 4Matic is more than nine inches shorter bumper to bumper, more than three inches narrower, and 4.5 inches lower. The GLC’s cargo area is 19% larger.

In the context of mainstream utility vehicles, North America’s best-selling Honda CR-V is four inches shorter, three inches narrower, but half an inch higher. CR-V cargo volume is some 80% greater behind the rear seats and 25% better with the seats folded. Overall CR-V passenger volume is only modestly more substantial, but the greater space is felt in every corner of the cabin.

DOES IT WORK?
Oh, how well it works, and in virtually every way.

But let’s start with the ways in which the 2016 Mercedes-Benz GLC300 4Matic doesn’t work.

Frankly, there’s very little that jumps out at you. Driver ingress is somewhat awkward, with the left-most section of the dash reaching out for your knees and a generally tight squeeze for the driver leaving little comfort for someone in a bulky winter jacket. Mercedes-Benz’s tacked-on centre screen is a cheap element in an otherwise outstanding interior, and it’s controlled not by touch but by two controllers on the centre console. The upper touchpad is unnecessary and overly sensitive – the mouse-like wheel is enough.

In motion, the 9-speed automatic rarely exhibits bad habits, but there are periodic delayed kickdowns. The transmission typically slurs shifts, but when prodding the 2.0L turbo to provide more umph, the 9-speed can slam into gear harshly, yet somehow not all that quickly. Let’s be clear: these are exceptionally rare moments; this is not the oft-criticized Fiat Chrysler 9-speed automatic. But in contrast with the 8-speed ZF automatic used by competitors, it seems obvious that Mercedes-Benz’s 9-speed needs a few finishing touches.

The 9-speed didn’t aid the 2.0L turbo in producing exceptional fuel economy figures, either. Much of our time with the GLC was spent in urban environments; the GLC’s hugely effective Dynamic Select was often in Eco or Sport+, rarely in Sport or Comfort. At 12.9 L/100km, or 18.2 mpg on the U.S. scale, the GLC didn’t come close to matching its official city, combined, or highway ratings, a feat many cars in our care manage to achieve. 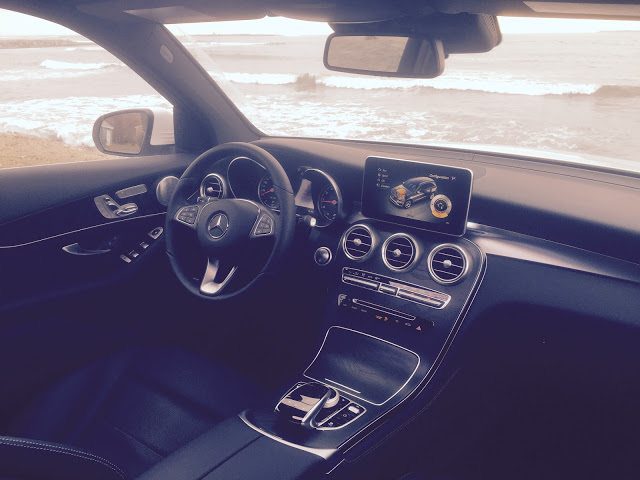 Keeping in mind the lengthy list of options fitted to our test GLC – $17,690 worth of kit, or $16,265 with the trailer hitch and running boards excluded – there’s reason to believe that the sense of luxury, safety, and comfort we enjoyed isn’t easily replicated in the basic $47,000 GLC300. The basic GLC is a vehicle missing our GLC’s heated rear seats, active parking assist, power steering column, blind spot monitoring, lane keeping assist, power tailgate, panoramic sunroof, terrific Burmester surround system, and much, much more.

But we can’t review a GLC we didn’t drive, and this GLC followed up our week with the latest C-Class sedan by exhibiting the same level of eye-catching interior style and finish, the same structural integrity, the same shut-out-the-world cabin silence, the same weighty controls. 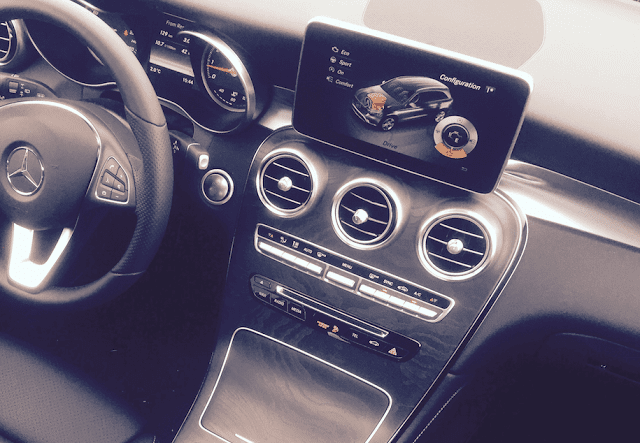 On the road, too, the GLC300 is adept at managing a variety of diverse situations. We drive on the winter-beaten, under-funded, coastal road network of Nova Scotia. The GLC’s ability to isolate both the roughness of the road and the sound of its own suspension far more closely resembles a Mercedes-Benz S-Class than a Mercedes-Benz CLA250.

Such an accomplishment is all the more welcome because of the GLC’s roadholding; its predictable, sharp, and reasonably communicative steering; and the degree to which the SUV behaves like a C-Class wagon, not just a C-Class wagon on stilts.

Press hard enough on one of these twisty coastal roads and there’s more body roll than you’ll want in a sports sedan; more weight leaning on the front outside tire than is appropriate in a C400. But you’ll be pressing very hard before you make such discoveries.

The GLC300 4Matic’s 241-horsepower 2.0L turbocharged four-cylinder has an impressive mid-range but doesn’t offer the throttle response or overwhelming power of, for instance, the aforementioned C400, the Porsche Macan S, or the Audi SQ5. But don’t assume that an undersized inline-four isn’t up to the task of motivating a 4000-pound SUV – the GLC300 never feels slow.

Nevertheless, the fact that the GLC300 is not an overtly sporty SUV, and the realization that Mercedes-Benz could use this merely as a foundation for truly sporting AMG variants, only highlight the complete job Mercedes-Benz did on this mainstream variant. Blending a bunch of positive characteristics into one luxury SUV is simple if an automaker is willing to make sacrifices in one arena or another, making trade-offs between ride quality and handling or litheness and NVH or power and economy. Mercedes-Benz blended all these traits into one SUV with little noticeable sacrifice in any one specific area. 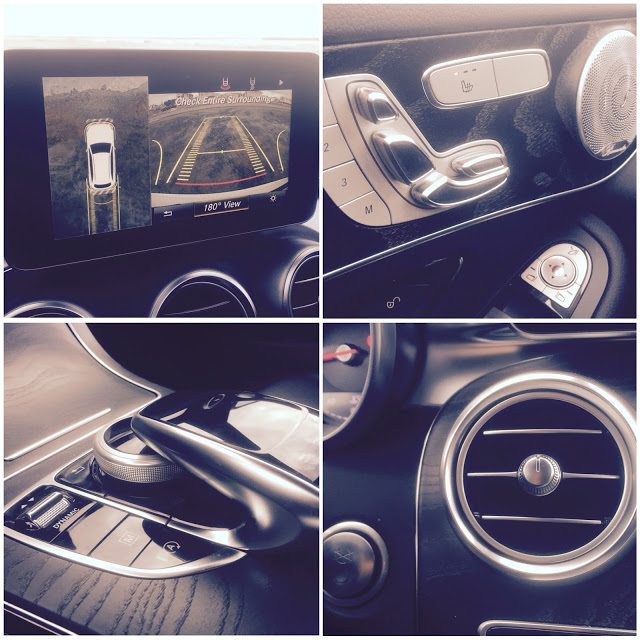 IS ANYONE BUYING IT?
In the United States, GLC sales began at the end of October last year. Through the end of January, 7334 GLC300s have been sold in America. The GLC ranked third in its segment in January – behind the more affordable Lexus NX and Acura RDX – and fourth in December.

In Canada, where GLC sales figures are joined to the GLK’s, sales over the last three months are up 14% to 1117 units. For perspective, during the same period, Audi Canada sold 1840 Q5s.

It’s early days for the GLC, and the transition and ramp-up takes time when the vehicle is crossing the Atlantic from Bremen, Germany. (Mercedes-Benz’s GLE is built in Alabama.) One thing is certain whether the GLC tops its class in sales or not: it won’t be unpopular.

SHOULD I BUY SOMETHING ELSE INSTEAD?
The options aren’t limitless, but there are certainly a fair number of very interesting alternatives. The Porsche Macan S is a treat to drive, there are numerous reasons why the Audi Q5 is Canada’s top-selling premium utility vehicle, the BMW X3 looks terrific, and the basic version of Mercedes-Benz’s more spacious GLE400 4Matic starts at the price point of this heavily optioned GLC300 4Matic.

(adsbygoogle = window.adsbygoogle || []).push({});
If you want to look outside the traditional German luxury box, consider the Jeep Grand Cherokee EcoDiesel. Its platform is related to the aforementioned GLE, the diesel engine produces power similar to this GLC300 but boatloads of torque and exemplary fuel economy, and its blend of refined on-road dynamics and genuine off-road credentials lend an air of authenticity missing from just about every other SUV on the market.

HOW MUCH SHOULD I PAY?
All too often, automakers load up their press cars before sending them off to visit auto shows, car magazines, and online outlets such as GCBC. In far too many cases, a vehicle initially meant to compete at $25,000 feels awfully cheap at $40,000.

Adding $17,690 in options to your new GLC300 isn’t necessary; it may not even be advisable. But rest assured that the GLC capably competes at this price point. a $65,000 GLC doesn’t feel like a downmarket car reaching for the stars.

This essentially means that you can option your GLC however you like and the core elements of the Mercedes-Benz – its cabin, chassis, and engine – won’t leave you thinking that spending an additional $2090 on a heated steering wheel, 360-degree rear view camera, dark ash wood trim, and Burmester surround sound is akin to dressing a hog in a silk waistcoat. 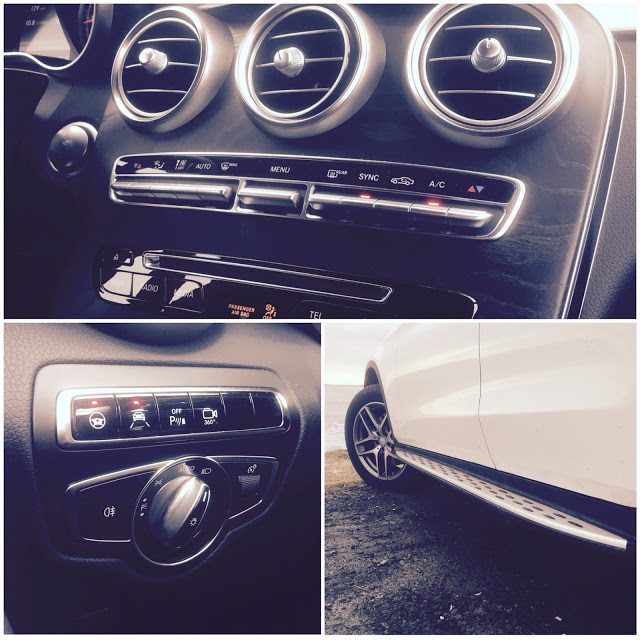 But the $750 aluminum running boards are a joke. They’re too narrow to be useful, the GLC is too low to require running boards, and they seem designed to apply filth to your pantlegs.

WHAT’S THE VERDICT?
Effectively replacing the GLK350, the 2016 Mercedes-Benz GLC300 4Matic is now sufficiently roomy, well built, luxuriously trimmed, and dynamically balanced. The GLC300 is an SUV adept at outhandling numerous competitors while offering superior ride quality, an uncommon amalgam. Although the GLC is perhaps too conservatively dressed, owners will quickly determine that it’s what’s inside that counts. And inside, the GLC-Class offers a class-leading cabin.

We’re compelled to highly recommend Mercedes-Benz’s newest SUV. The 2016 GLC300 does too many things right – and not nearly enough things wrong – to have it any other way.

Timothy Cain is the founder of GoodCarBadCar.net, which obsesses over the free and frequent publication of U.S. and Canadian auto sales figures. Follow on Twitter @goodcarbadcar and on Facebook. The GLC was supplied by Mercedes-Benz Canada’s press office.