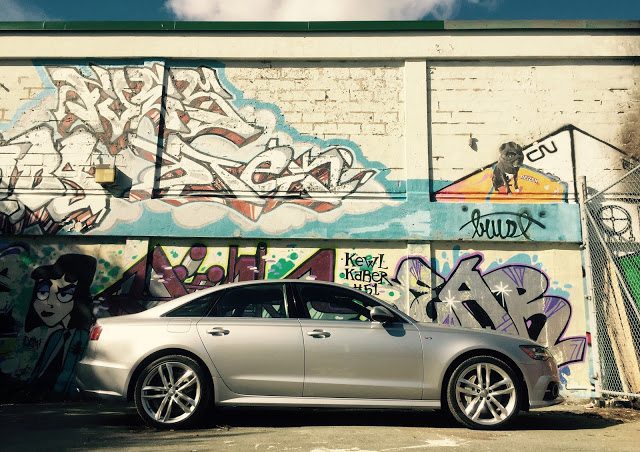 It was late on a warm Sunday evening in September when I called Mrs. Cain with a strange dilemma.

“It’s massaging me,” I said, “Who walks away from a massage?”

Massaging front seats aren’t the only items that make the fourth-generation Audi A6 a terrific luxury sedan. Moreover, any $85,000 version of a $59,000 car ought to be equipped with stunning features, from a turbodiesel which generates 428 lb-ft of torque while consuming only seven litres of fuel for every 100 kilometres of urban driving in our testing, to seats which offer five massage modes and five strength settings. At $85K, a car must be great.

But after a week in the wildly fun but dreadfully noisy and rather brutal 2016 Subaru WRX, the act of simply stepping into the 2016 Audi A6 was more than a little enlightening. We say, because you can buy Kias with panoramic sunroofs and Hyundai sedans with V8 engines and $80,000 Chevrolet Tahoes, that the gap between luxury and mainstream is gradually disappearing; that the line is blurry. The Audi A6 begs to differ.

And it begins its argument by digging a set of knuckles into your right shoulder blade.

The suddenly controversial diesel-powered TDI engine requires a $9200 leap from the basic A6 engine, a 2.0L turbo with 252 horsepower, and a $2400 jump up from the optional 333-horsepower supercharged V6. Meanwhile, the Technik trim line costs $6500 more than the standard Progressiv line. 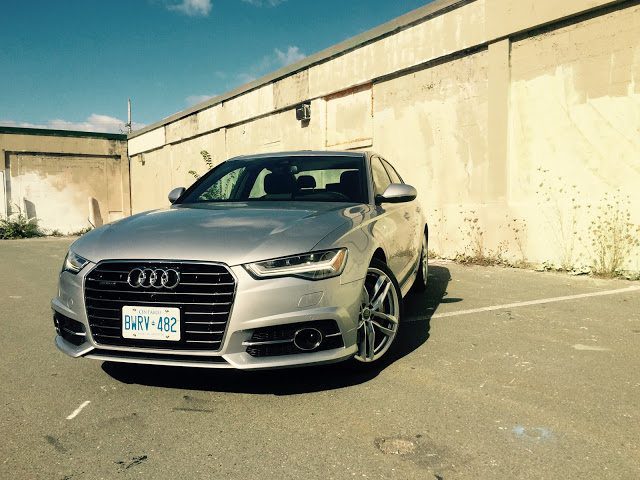 In terms of the A6 line, this is the fourth model in a line of midsize Audis stretching back to 1994. The gorgeous second-generation A6 set the stage for modern Audi design, and one could argue that the A6’s early 80s Audi 5000 predecessor paved the way, at least in part, for much of the automotive world’s aerodynamic design.

HOW BIG IS IT?
In Audi’s growing sedan lineup, the A6 is the third rung up the ladder. The A3 is a Volkswagen Golf-based compact sedan. The A4, all-new for model year 2017, is the former entry-level Audi. Then comes this A6, followed by the A8 limo, with the A7 “hatchback” squeezed between the latter pair.

For dimensional context, consider North America’s best-selling car, the Toyota Camry. The A6 is 3.3 inches longer, bumper to bumper, two inches wider, and of a similar height. But while the A6 rides on a wheelbase that stretches nearly an extra half-foot, the Camry’s cabin is 4% larger with a 1.5-inch advantage in rear leg room. The Camry’s trunk, at 436 litres, is also 37 litres larger.

DOES IT WORK?
We already established that the massaging seats work. While I’d agree with Car & Driver, that even the best Audi massage isn’t as pleasant or useful as a massage from a genuine massage therapist, these seats are leagues beyond the massaging seats in the Lincoln MKZ Hybrid, which did a better job of inducing nausea than relaxation. Still, these seats, part of a $2750 package, aren’t the factors by which most car buyers establish the degree to which a car works.

As in so many of the brand’s cars today, Audi allows the A6’s driver to independently control the response of the engine/transmission, the weight of the steering, and the aggression of the adaptive cruise control through the straightforward MMI system. The diesel engine isn’t hugely altered by Audi’s Dynamic mode, and the 8-speed automatic transmission, used by so many premium brands in so many different applications, is a gem regardless of settings.

Perhaps because of the big 20-inch wheels and low profile tires, the A6 didn’t provide the absolutely serene ride quality I’d anticipated. While not inappropriately firm, the car’s impacts with the worst of Halifax, Nova Scotia’s roads was busy. Blame these findings as much on my expectations as on the car or its wheels, as there’s no denying the overall smoothness and refinement of the A6.

Virtually silent operation allows occupants to converse in whispers while the baby sleeps. Yet when the topography becomes more interesting and the baby is home sleeping, the Audi manifests numerous degrees of sportiness that belie its luxury-oriented assignment. This isn’t the A6’s sporty S6 sibling, but with the Steering in its most alert setting and the diesel engine always in the meaty portion of the rev band, overtaking a slow-moving Lexus ES and attacking a corner will cause the Audi to feel much more like a 3400-pound lightweight than the 4300-pound heavyweight that it is.

The engine and transmission are never in disagreement, never out of sorts, never unable to find an immediate gear change and all 428 lb-ft of the 3.0L turbo’s torque. So relaxed is a diesel engine and so luxurious and quiet is the A6’s cabin that you can’t help but feel like the Audi is a prototypical ultimate highway cruiser.

Yet so abundantly powerful is the engine and so responsive is the 8-speed ZF automatic and so hilariously evocative is the diesel’s roar when it’s under the gun that you can’t help but think the A6 TDI is two cars in one. On the one hand, the 2016 Audi A6 3.0 TDI impresses the neighbours with your classy taste in high-end goods. On the other hand, you’re accelerating from nought to highway speed in six seconds while hardly consuming any fuel. 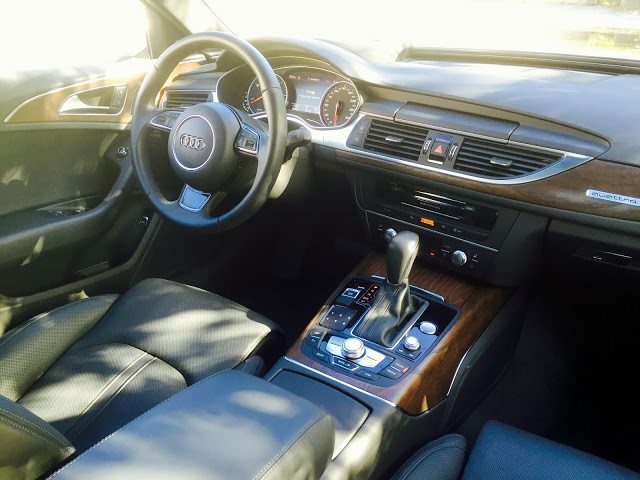 IS ANYONE BUYING IT?
In the United States, the A6 is neither a major nor a minor player. While the middle-tier Audi sells only half as often as its Mercedes-Benz E-Class rival, the A6 outsells the Infiniti Q70, Jaguar XF, Acura RLX, and Volvo S80 combined. The A6 accounts for 12% of Audi USA’s volume.

In Canada, the A6’s A7 offspring is a more direct rival – the pair sells at essentially the same frequency. Relative to its rivals from other brands, the A6 trails the aforementioned Benz and the BMW 5-Series but sells more often than the Cadillac CTS, Jaguar XF, Lexus GS, Infiniti Q70, Acura RLX, and Volvo S80. Only 3% of the Audis sold in Canada are A6s.

SHOULD I BUY SOMETHING ELSE INSTEAD?
You may be forced to buy something else if Volkswagen AG, Audi’s parent company, doesn’t find a way for consumers to come to grips with the automaker’s diesel emissions fraud. In North America, Audi markets the A6 line with three other engines, all of which are powered by gasoline, not diesel fuel.

Aside from the A6, prime contenders include Audi’s own A7, which is basically a more flexible A6 because of its gigantic liftback. Pricing for Audi’s much more spacious A8 starts off right at this heavily optioned A6’s MSRP.

The Mercedes-Benz E-Class, available in wagon form, is the sales leader in the A6’s segment for a reason. Jaguar will soon begin selling an all-new XF, and the pricing scheme makes it more attractive than ever. And if you couldn’t care less about the European logo on the grille, Hyundai Canada’s Genesis 5.0 Ultimate tops out below $65,000 and is quite a stellar achievement. 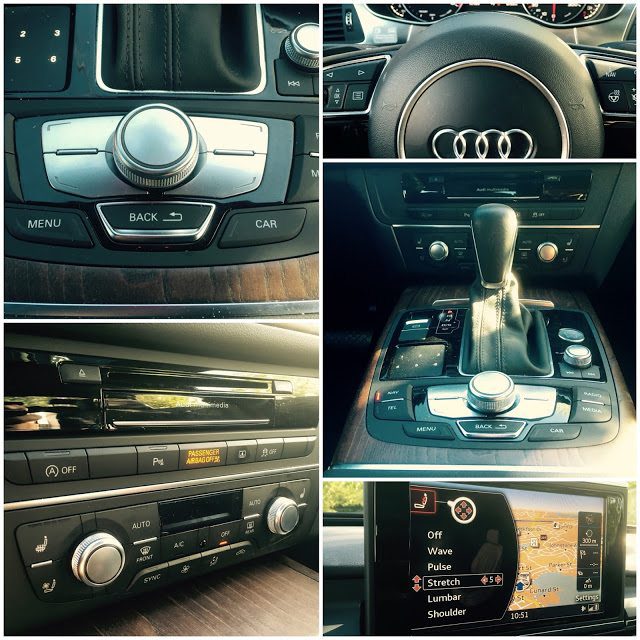 HOW MUCH SHOULD I PAY?
Audi’s gas-fired A6 3.0 TFSI is a 333-horsepower car with tolerable fuel economy. In Progressiv trim, you’d be driving a very luxurious and swift car for less than $66,000. From our specific test car, sacrificing the $2900 Driver Assistant Package (Audi pre sense plus, active lane assist, and adaptive cruise control) wouldn’t bother me, nor would losing $1900 LED headlights and the slightly busy ride which accompanies the $1600 S-Line Sport Package’s 20-inch wheels.

In that case, the A6 3.0 TDI Technik costs less than $80,000, a psychological barrier for many luxury car buyers.

WHAT’S THE VERDICT?
Conservatively handsome good looks, a stunningly well built interior, torque for days, and the fuel economy of a compact car make the 2016 Audi A6 3.0 TDI a prince among paupers.

A true Audi sports sedan would require the greater throttle response of a gasoline engine and the more responsive handling of a the S6’s sport air suspension. As a thoroughly refined luxury sedan, however, the A6 is sufficiently athletic to offer dynamic appeal while fulfilling its primary mission of consistently proving its premium status.

Timothy Cain is the founder of GoodCarBadCar.net, which obsesses over the free and frequent publication of U.S. and Canadian auto sales figures. Follow on Twitter @goodcarbadcar and on Facebook. The A6 was supplied by Audi Canada’s press office.