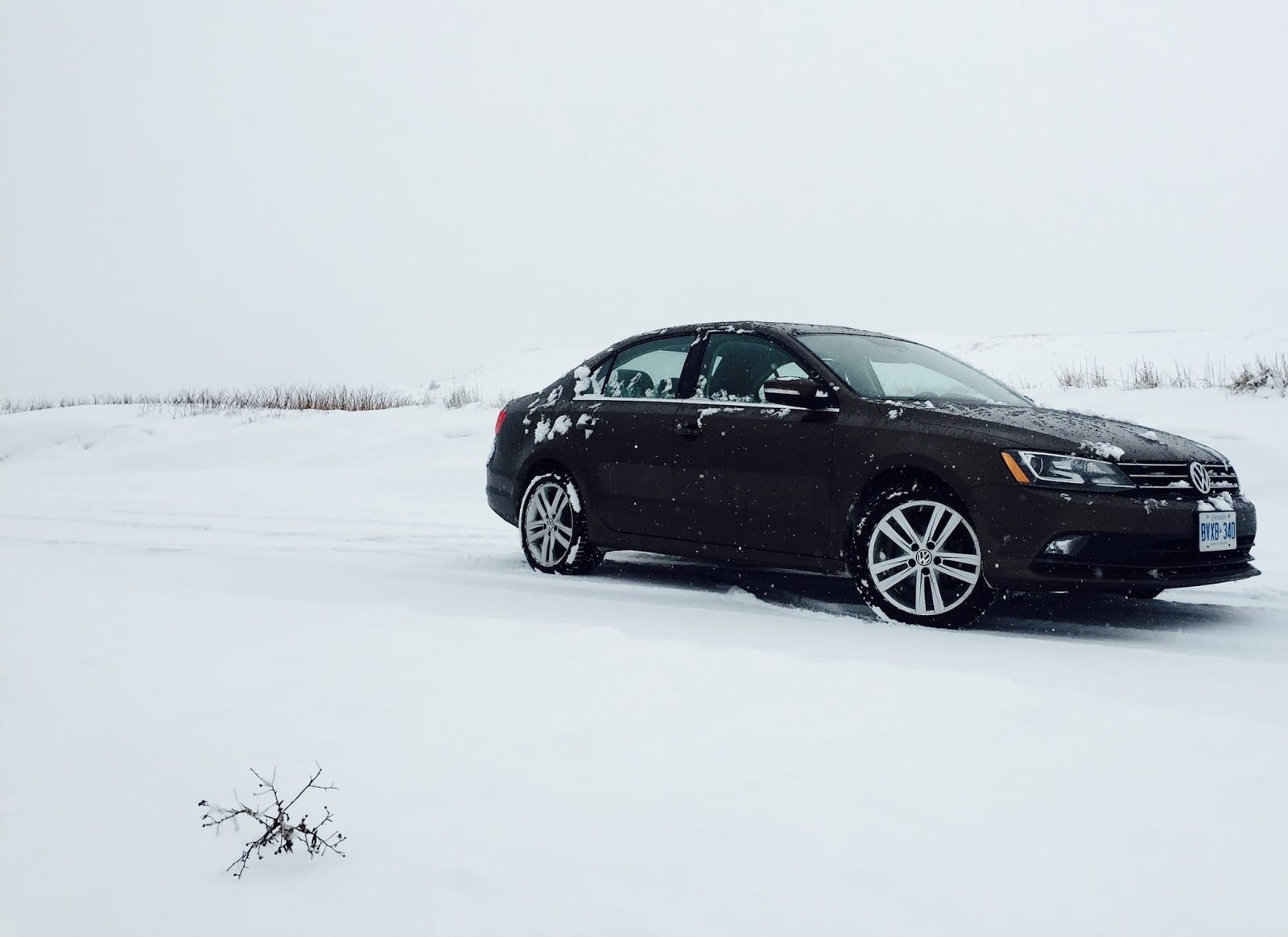 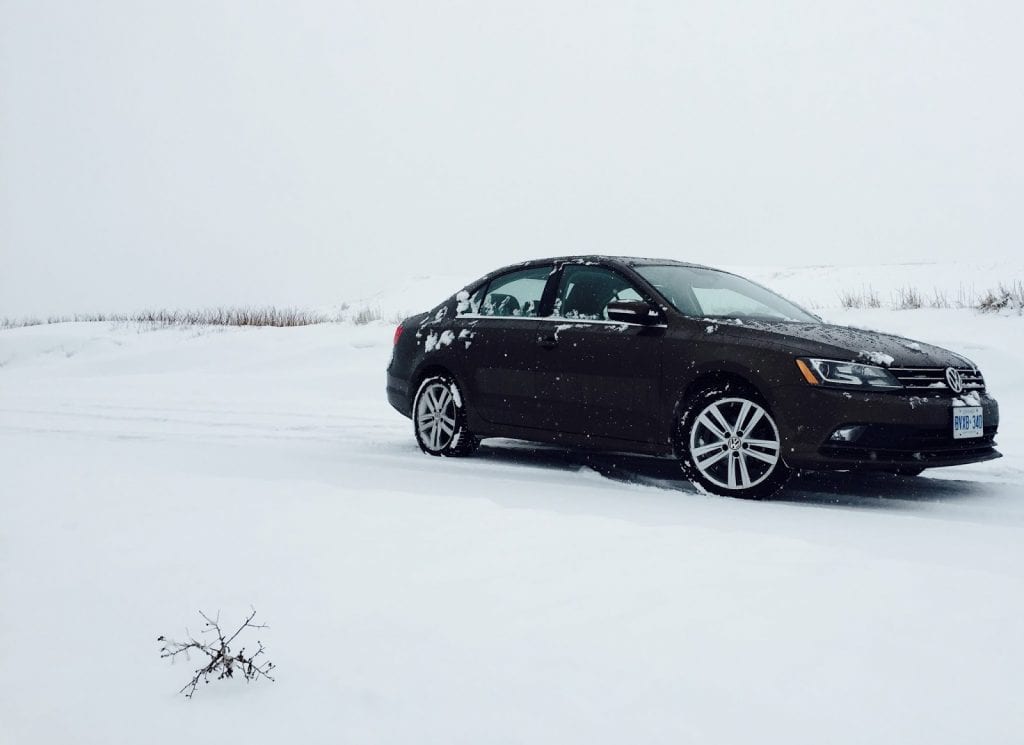 To say the 2015 Volkswagen Jetta TDI isn’t about fuel savings is to miss the point. But to say it’s about all-around money saving is to tell a lie.

If your only mission was to spend less money on personal transportation in the new vehicle realm, jaw-dropping highway mileage generated by a 2.0L turbocharged diesel is not necessarily the ticket to personal financial freedom.

There are much less costly ways of getting around town than in a highbrow Jetta like our test example, with its leather seating, navigation, upgraded audio, and Volkswagen’s dual-clutch direct-shift gearbox.

THE CONCEPT
So why can’t the two objectives comingle? I’d argue that they can, that a new car buyer can enjoy the benefits of an upgraded, torquey, semi-luxurious, and spacious German compact car – and spend the money that’s required to do so – while also enjoying weeks of fuel tank range. 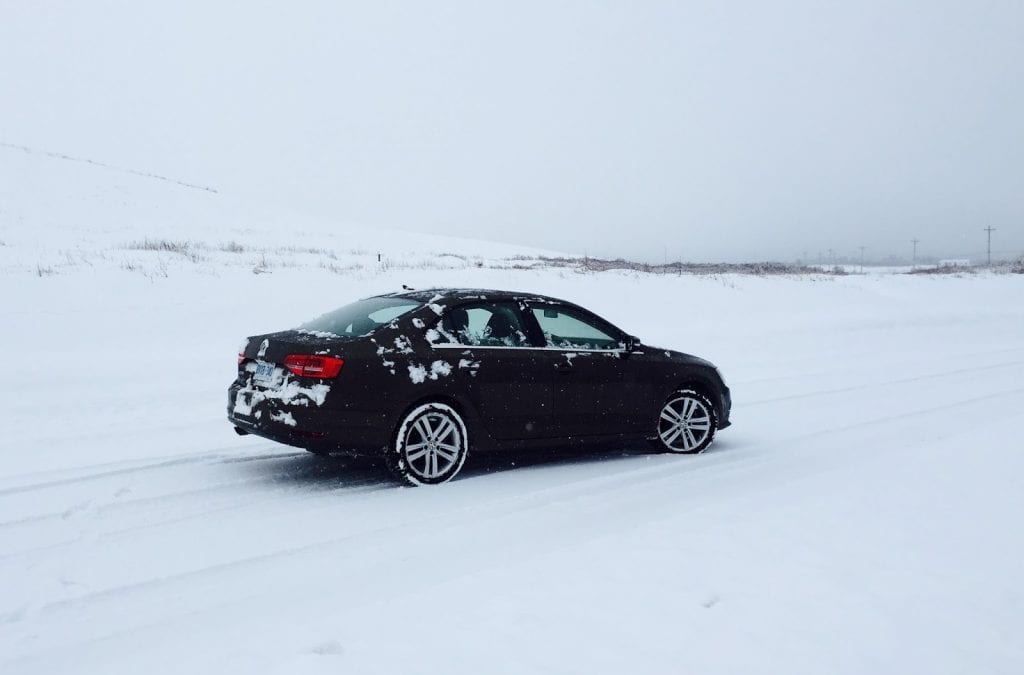 However, it’s not as easy for me to say that as it was in the past. After years of local parity or even diesel-favouring prices, diesel now costs significantly more than regular gas in Nova Scotia. The new turbocharged 1.8L four-cylinder gas-fired engine I experienced in the Mk7 Golf also eats into the TDI’s efficiency advantage in ways the old 2.5L five-cylinder never dreamt of doing. And the CAD $2300 premium for the TDI over that flexible 1.8T is frightening, at least before resale value is taken into account.

The TDI isn’t quite on the same level as a Tesla Model S, whose owner who can afford the initial outlay and enjoys the combination of electrified transportation and ridiculous performance. Nor can a direct comparison be drawn with a Chevrolet Volt owner who accepts the higher price of the car because he finds satisfaction in lengthy periods of electric-only driving without the penalty of limited range. Nevertheless, in a similar manner, the up-front cost and premium at the pump won’t hinder a TDI owner from sourcing pleasure in her car’s real-world pace and its aversion to fuel consumption.

See, just because a new car consumer purchases or leases a car with clear fuel saving intent doesn’t mean the consumer must showcase frugal tendencies across the board. They can still drive the car they want. And strangely enough, despite forgettable styling, a lack of auto headlights, not quite Golf-like steering, some wind whistle around the A-pillar, an antiquated infotainment unit, and one of the less effective DSG pairings, the Jetta TDI is, in fact, desirable.

THE CAR
Granted, I’d argue that it’s less desirable as the equipment level rises. The Highline-trim car loaned to us by Volkswagen Canada creeps deep into Passat territory. Yes, the Jetta is very roomy considering its exterior dimensions – at 182.2 inches long, it’s only two inches longer than a Mazda 3 sedan. But the Passat’s interior is utterly massive.

In Canada, diesel-powered Jettas start at $25,385. The 6-speed dual-clutch automatic adds $1400. Our test car, a Highline with the DSG and the $2495 Technology package (navigation, Fender audio, adaptive front lighting with LEDs) tops out at $33,680, including the $2300 diesel option. A mid-level Passat TDI Comfortline with the DSG costs $32,190.

But remember, the 2015 Jetta is not like the 2014 Jetta. Independent rear suspension aids ride quality, which really is quite serene. The upgraded interior, aside from the laggy touch screen system with its poor graphics, never once let me down in terms of material quality or ergonomics. Jetta steering still lacks the Golf’s sharpness, and the DSG’s lack of instantaneous response works with the comfort-minded chassis to steer you away from aggressive driving on twisty back roads. The Jetta’s overall on-road behaviour, however, provides a mature ambience, leaving me the with the feeling that the Jetta is perhaps better at taking the fight to midsize sedans as a slightly downsized alternative rather than challenging compacts with its upper-crust price tag.

THE CONSUMPTION
In a week of driving around the city and its suburbs, the 5.3L/100km this Jetta registered was simply astonishing. With temperatures below freezing and a heavy right foot, the test example easily outperformed its city (7.5 L/100km) and combined (6.5 L/100km) ratings and very nearly matched the official highway figure.

Question the wisdom of spending $30K+ on a fuel miser if you must, but 5.3L/100km in city driving is the kind of mileage that engenders diesel loyalty. I just wish the 2015 Jetta TDI still looked like the fourth-gen model, handled like the Jetta GLI, and could be filled up with fuel that didn’t cost an extra $0.12/litre.