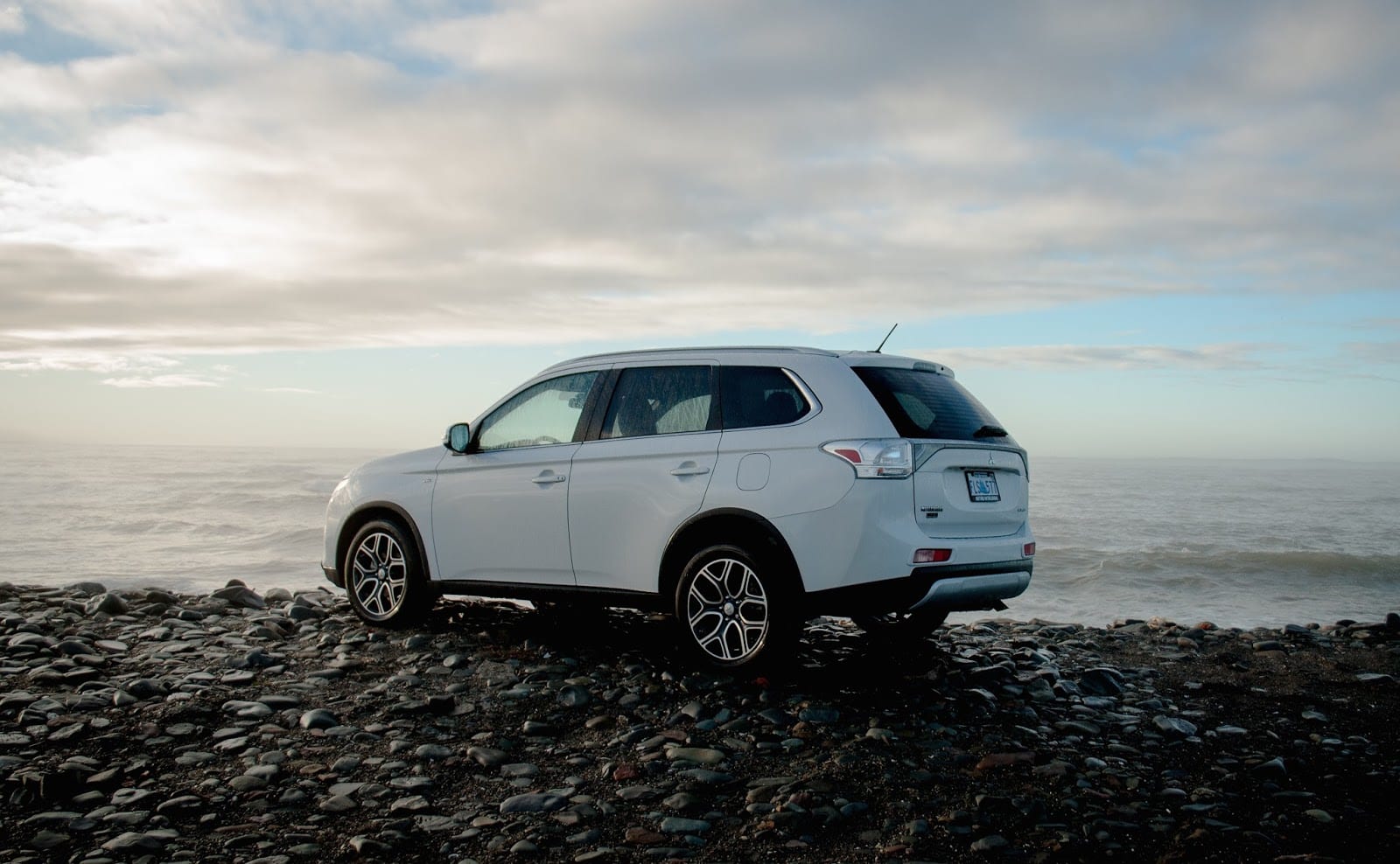 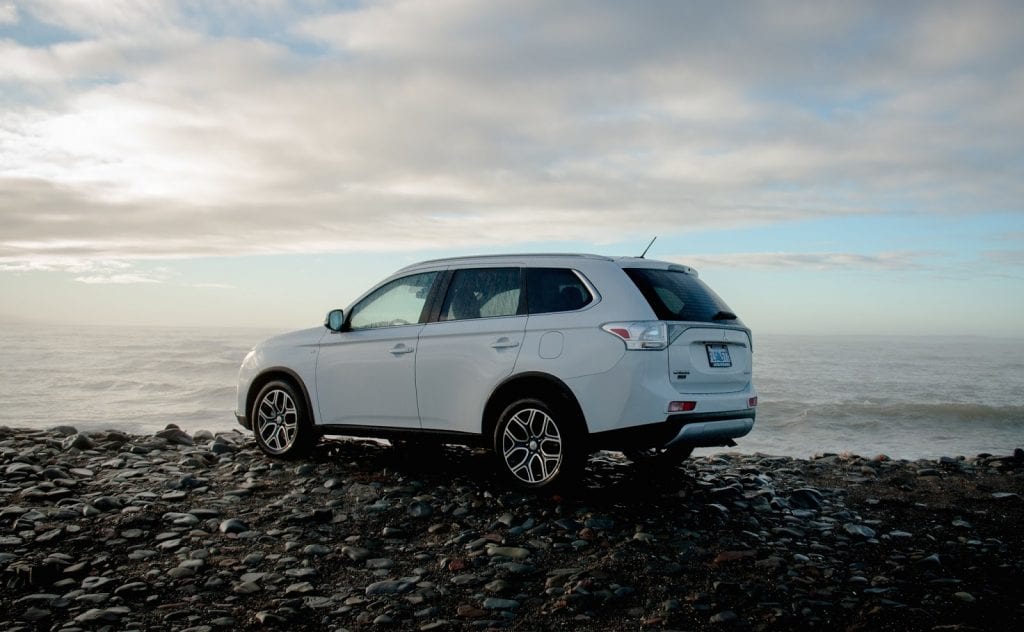 Priced at $40,538, the 2015 Mitsubishi Outlander GT I drove around for a week in December was disturbingly overpriced.

The issue isn’t the manner in which the Outlander’s MSRP compares to the price of other similarly sized two-row utility vehicles. Rather, the problem as I see it is Mitsubishi’s desire to charge the kind of money other automakers are charging for genuine three-row family crossovers.

Granted, the Outlander isn’t deserving of criticism because it fails so miserably in any one facet. In fact, the Outlander is simply mediocre in every way. It therefore quickly becomes forgettable, not worthy of mention for any reason other than the combination of tidy exterior dimensions with seven-passenger seating.

Perhaps we got off to a rough start, the Mitsubishi Canada-supplied Outlander and I. Although I’ve read multiple accounts from other publications describing the fits-all-sizes comfort of the Outlander’s driver’s seat, I spent a week failing to find the proper setup for my lanky frame. It’s a personal concern, one which may not apply to your body type, but a seat cushion lacking length and a limited amount of overall adjustment led me to a state of constant discontent. 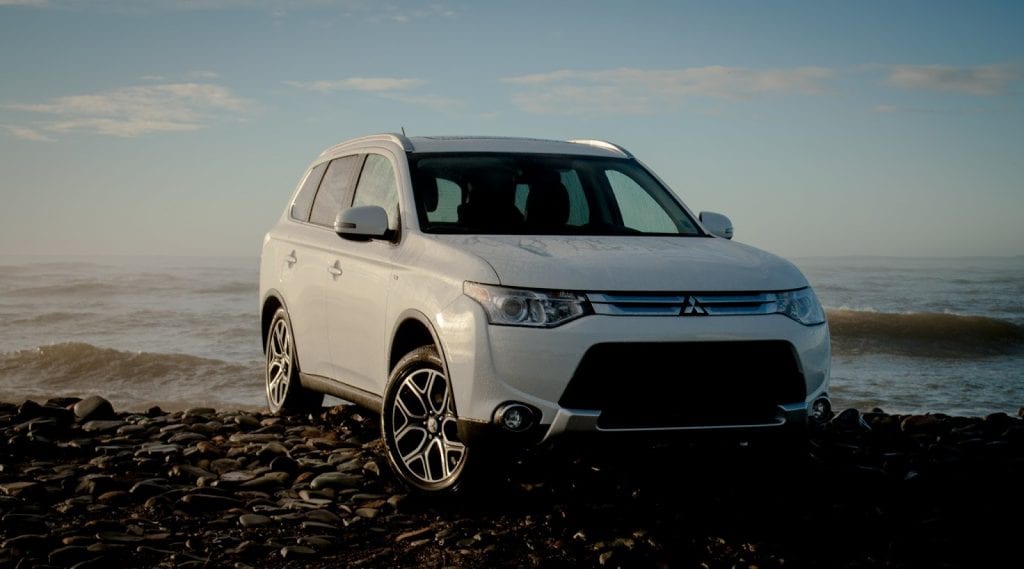 Second row space is acceptable, however, and access into the third row isn’t as awkward as I expected in a vehicle that’s only five inches longer than a Ford Escape. Yet once back there, well, who goes back there? Who in my life is deserving of that kind of punishment? There’s a decent amount of space for a load of groceries behind the third row (it’s difficult to expect more from most three-row crossovers regardless of size), so Mitsubishi could shove the seat back a smidge.

Regardless of the row you inhabit, the overall sensation delivered by the 183-inch-long Outlander’s interior does not pertain to smallness or largeness but to cheapness. This feels like 2007-grade material quality. Although all of the third-generation Outlander’s body parts are different from the second-gen’s, at its core this feels like a lighter, updated version of a vehicle which debuted in second-gen form for MY2007.

Interior controls are simple enough, but the buttons surrounding the Rockford Fosgate radio unit are tiny and chintzy.

The cabin isn’t what you’d call loud, nor is it quiet. One unfortunate caress of the headliner will lead you to believe Mitsubishi sourced the fabric from the late 80s. There are hard, scuffable plastics everywhere you look and touch. This is not the interior of a Toyota Highlander, which can be had for less money.

In motion, the Outlander does redeem itself somewhat. The electrically assisted power steering is nicely weighted and promptly responsive. Ride quality isn’t reflective of the Outlander’s 105.1-inch wheelbase as the comfort-minded suspension and stiff structure don’t allow particularly harsh impacts to transfer to the Outlander’s occupants.

There’s even an initial sense of discreet sportiness, although the Outlander doesn’t possess the limits of the Mazda CX-5, for instance. Instead, when pushed only slightly, the Outlander is more composed than many of the most dynamic small crossovers, but it falls apart more quickly if you decide to drive more enthusiastically than most small crossover owners would.

Mitsubishi’s all-wheel-drive technology features special lock, snow, and eco modes. Called S-AWC for Super All-Wheel Control, the Outlander’s all-wheel-drive system is a $2000 option on the ES; standard on the SE and GT. Although the Outlander’s 6-speed automatic is a willing partner, the naturally-aspirated 3.0L V6 (227 horsepower at a lofty 6250 rpm, 215 lb-ft of torque at 3750 rpm) with which it’s paired doesn’t have what it takes to match turbo four-cylinder powerplants, lacks all manner of low-end punch, and becomes coarse and unruly at higher rpm. By comparison, the 3.3L V6 in Hyundai’s three-row Santa Fe, which can be had for less money, feels like all-American muscle.

I wouldn’t bother to draw attention to much larger competition like the Durango (201 inches long), Highlander (191), or Santa Fe (193) if the Outlander lived up to its window sticker, its spec sheet, and its options list. 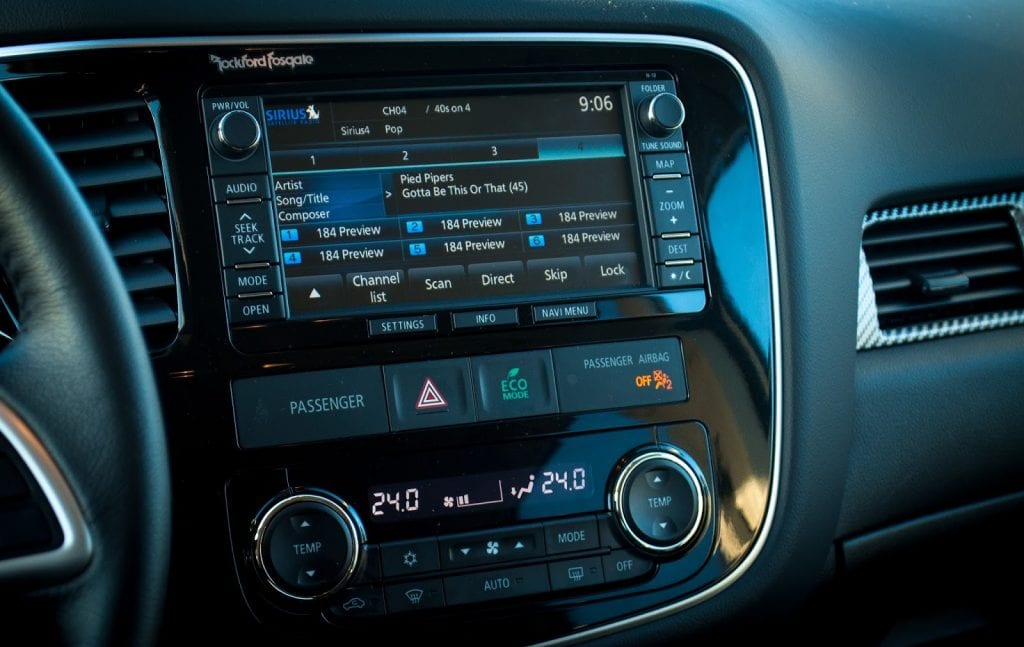 But at this price? For a vehicle of this size? The sunroof is small; not remotely panoramic. The lane departure warning system tended to beep when no beep was necessary and failed to beep when it should have. (Bizarrely, the 2015 Mitsubishi Outlander GT S-AWC Touring includes LDW, forward collision mitigation, and adaptive cruise control, but no blind spot monitoring.) In complete contradiction to its intended purpose, Mitsubishi’s keyless go – they call it FAST-key – required me to remove the key from my pocket almost every time I tried to get in the Outlander. A third row this snug is not a selling feature. A V6 engine could be a key selling feature, but not when it’s the second-least powerful V6 engine on the market today. (Lexus’s 2.5L in the IS250 makes just 204 horsepower.) The Outlander’s 227-horsepower V6 drinks premium fuel at a rate of a 11L/100km, just like the 340-horsepower Porsche Macan S in which we averaged 11.2L/100km. The Porsche can’t be had for less money.

If you can find your local Mitsubishi dealer, you’ll discover that the Outlander won’t be the slowest or the thirstiest SUV. It won’t be the smallest, nor will it be the largest. The Outlander isn’t the most overindulgent, nor is it the most under-equipped. It’s not the prettiest, nor is it the ugliest. It’s not fun to drive like some small crossovers, but it’s not annoying like some others. As a result of its failure to do any one thing particularly well, the 2015 Mitsubishi Outlander GT S-AWC is thoroughly underwhelming. I’m not inclined to call it a bad vehicle – the Outlander is average in too many ways to earn such a label. Its price, however, is not average. For less money, you can do better.

Perhaps we shouldn’t expect modern results without modern kit underhood. And perhaps we shouldn’t be charged modern prices for outdated vehicles. So say the tens of thousands of small crossover buyers who reject the Outlander each month. For every Outlander sold in Canada over the first ten months of 2014, its three most direct three-row competitors – Rogue, Sorento, Journey – have generated 13 sales. But can Mitsubishi do better? You bet they can, and a plug-in hybrid version of the Outlander is coming in the near future. If nothing else, that level of technology will be something that sets the Outlander apart.