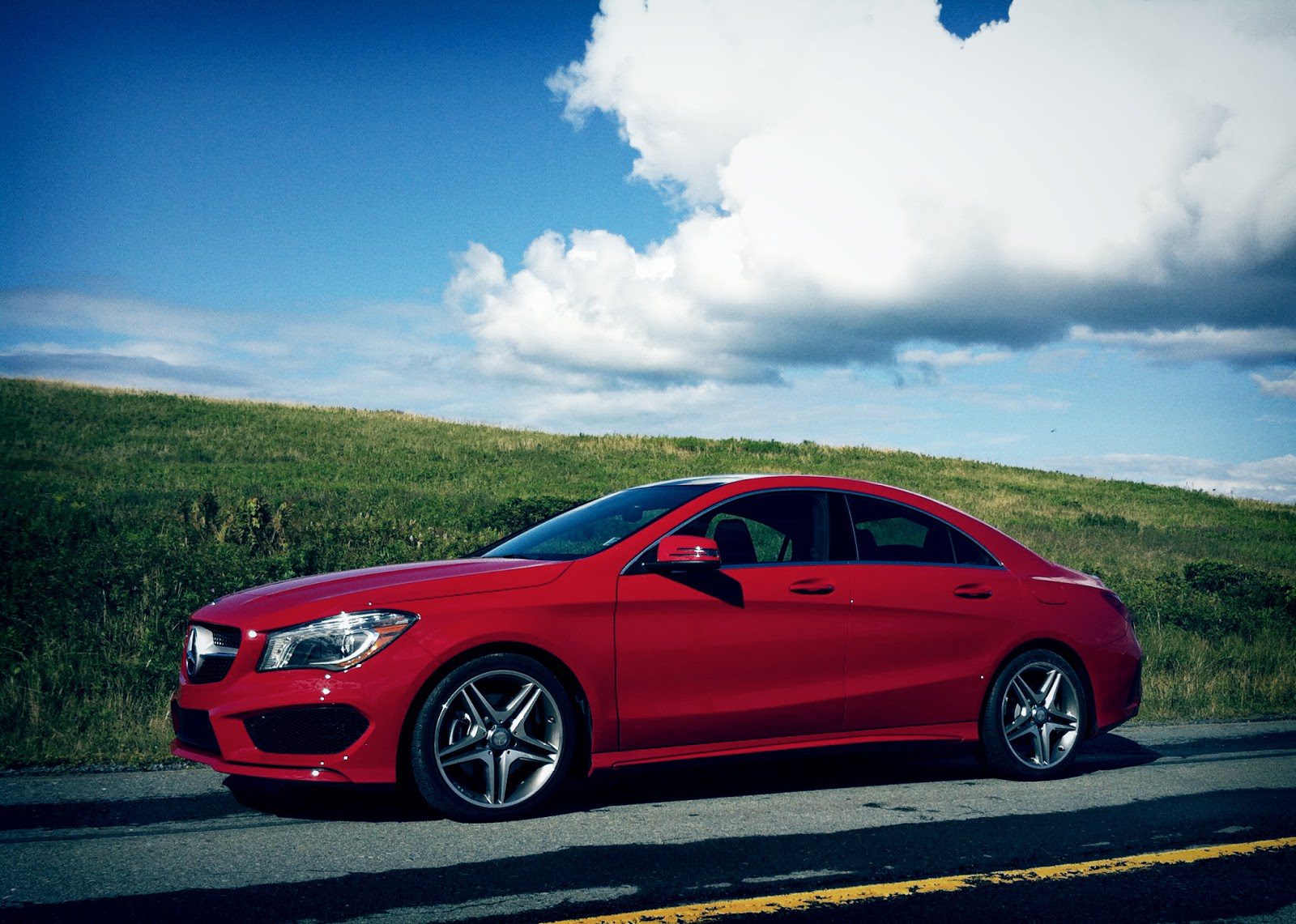 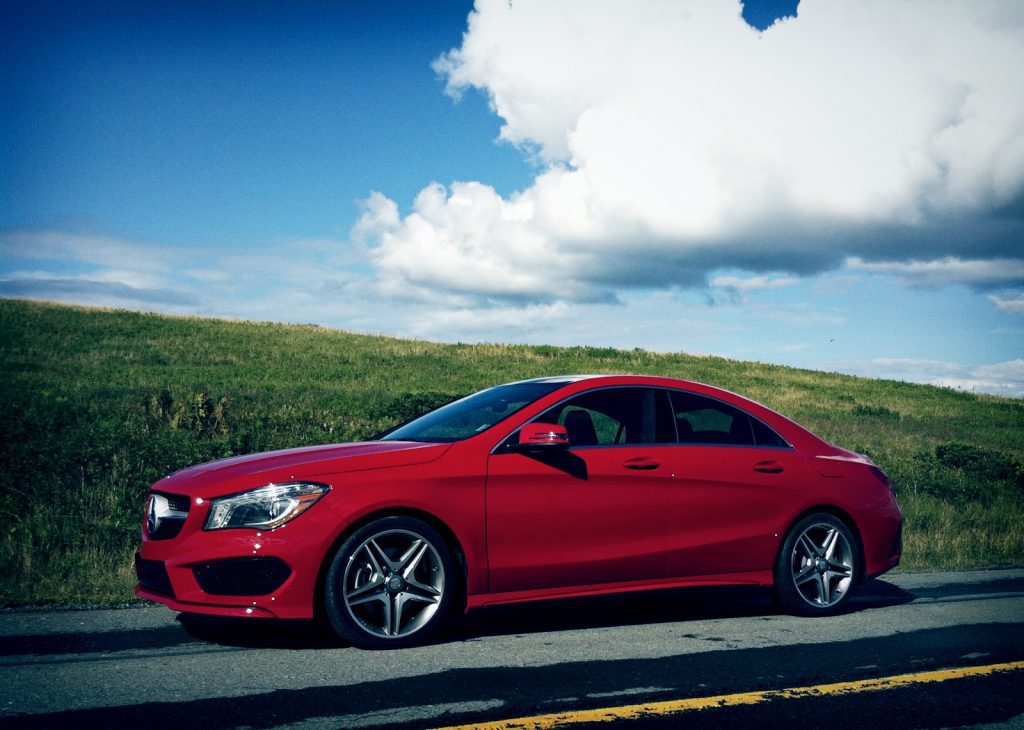 And if it’s missing some of the trademark Benz-like qualities you noticed in your friend’s well-off uncle’s W124 300E in the late 80s, it’s still a Benz.

So much a Benz, in fact, that numerous neighbours refused to believe that the bright red CLA250 4Matic that visited GoodCarBadCar in mid-August was Mercedes-Benz’s entry-level sedan. (None of those neighbours visited the inside of the car.)

When told that it’s a lesser car than the CLS or E or S or even C, those neighbours warm to a notion created over time, both by marketing and in their own aspirational minds, which says they could have all that inherent Mercedes-Benz goodness with an affordable price tag.

It sounds so easy: big brand, little car, the loss of some frivolous luxuries, the removal of a few horsepower, and a deep discount.

It’s not so easy.

Many a luxury item has been removed, and I’m alright with that, but then again, many such features have been added back into this particular $46,895 Mercedes-Benz Canada car, which would cost slightly more than $40,000 in the United States if it could be equipped identically. 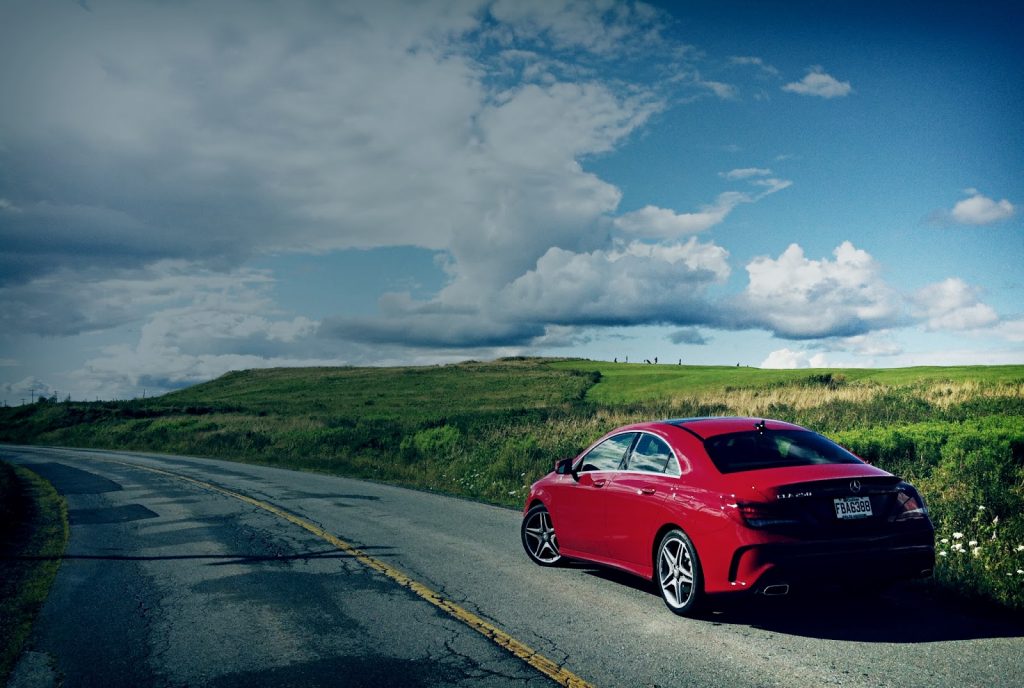 But with the loss of luxury features like massaging seats and air suspension from high-end models, and even with the re-insertion of premium features like navigation and Bi-Xenons and a big glass roof, the attractive CLA250 interior is let down by a large amount of cheap plastic through the centre console and a screen that’s unconvincingly tacked on.

The best aspect of the CLA’s interior is the look of it, from the vents to the seatbacks to the simple but elegant layout of the controls. As much as the centre-mounted screen isn’t attractively placed, it is functional, requiring very little removal of the driver’s eyes from the road.

I’ll always prefer a control knob mounted between the front seats, as in the CLA, compared with a long reach forward to touch a screen.

There’s even room in the rear of the CLA. It’s not abundant, but we crammed three adult males back there for a short back road jaunt.

Something about the shape of the seats also makes the installation of a rear-facing car seat surprisingly easy, too, so long as you remember to watch your head (and the baby’s) when loading through the narrow rear door aperture.

With five adult males aboard and with the heavier all-wheel-drive configuration, the CLA250’s 258 lb-ft of torque still comes on strong. Soon enough. Whether you blame the 7-speed dual-clutch transmission or the turbo’s lag or Mercedes-Benz’s traditional lack of immediate throttle response, there’s a distinct pause at first. It’s easy enough to become accustomed to the engine, as it seems to punch above its weight once up to speed.

The DCT, however, is easily confused in Sport mode and overly interested in fuel economy when left in Eco, racing through the gears like it’s, well, a race. “What’s wrong with the car?”, my brother asked from the back seat when we accelerated away from an intersection in Sport and the CLA groaned under the weight of first gear as though I was unwilling to perform an upshift in Manual mode. He also chuckled when the CLA shot up to seventh under light acceleration in ECO, almost in an immature panic, although the rate with which the DCT can snap off shifts is oddly impressive.

Odd is also how you’d describe the CLA’s mixed bag of suspension movements. The CLA has the ability to eliminate road imperfections, but it struggles to maintain composure when the surface is full of small elevation changes. At the same time, there’s a sense of initial agility, but it’s followed by a surprisingly early onset of understeer when you’re encouraging the CLA to impress your teenage nephews, and the CLA then becomes too uncommunicative.

It’s difficult to say when they’re not driven back-to-back – our time with the CLA250 4Matic came nine months after a week I spent with the front-wheel-drive CLA – but the AWD CLA250 seems to ride better, handle worse, and draw more attention to the DCT’s deficiencies. We also saw no fuel economy penalties with the all-wheel-drive, an 8.0 L/100km car in our mostly urban driving, compared with the 8.2 L/100km we saw on similar drive routes when the temperature was admittedly cooler last November. 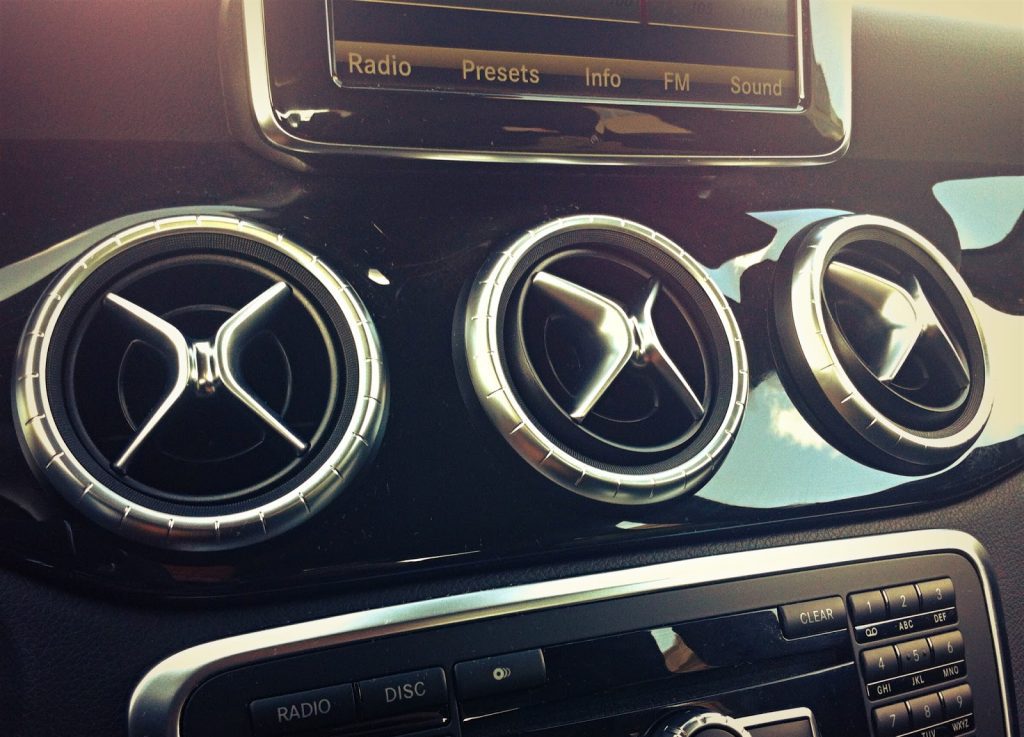 The CLA250 is therefore a relatively quick and efficient car with a premium badge and decent interior space. Although I’m personally not convinced that the stylistic themes work on a product with the CLA’s dimensional limitations, it’s an obviously design-oriented car. Thus, for those who love the car’s appearance and the fact that it screams, “I’m expensive!”, the appeal of a CLA is not difficult to comprehend.

Including delivery charges, Canadian CLA pricing begins at $36,375; 4Matic adds $2200. Is Audi’s A3 the CLA’s key rival? Or is the $45,075 C300 4Matic, a dramatically improved car for the 2015 model year, a competitor for properly-equipped entry-level Benzes, CLAs with 18-inch wheels, heated seats, a rear view camera, and dual zone automatic climate control? 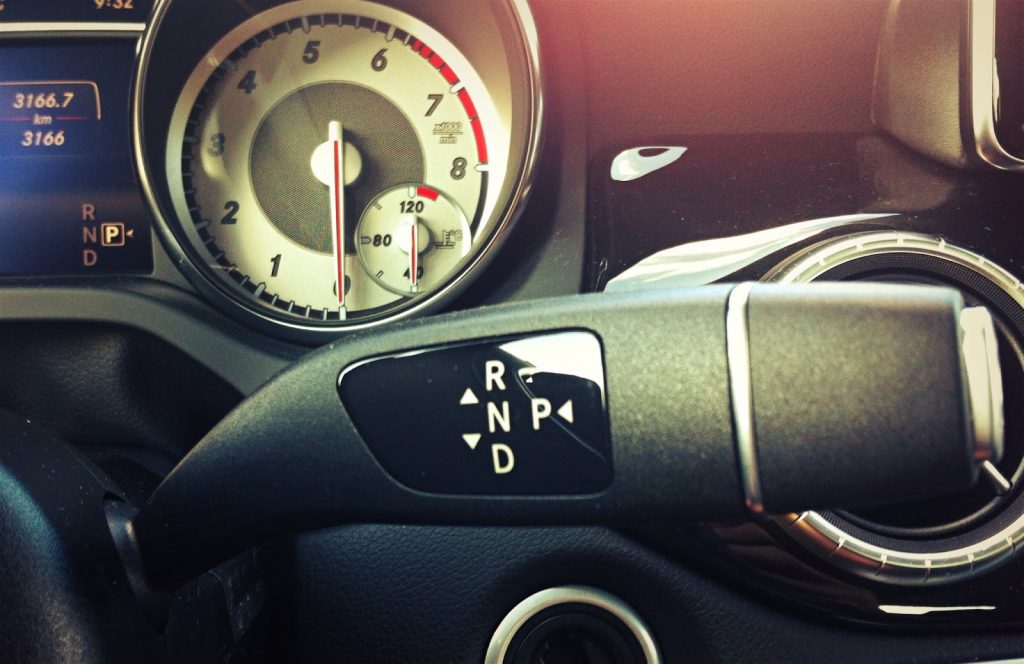 Regardless, Mercedes-Benz has carved out a space for the CLA in North America. U.S. sales have slowed noticeably since the car’s arrival late last year, but that’s due in large part to the CLA’s global successes. Yet with 2378 July sales (it’s best month since January), the CLA accounted for 13% of Mercedes-Benz USA’s passenger car sales last month. The CLA has sold more than 300 copies in Canada in each of the last four months, rising from an average of of 180 monthly sales in its first seven months.

It’s not a rare car. On the other hand, it’s no C-Class, which even in this transition year has averaged 5500 monthly U.S. sales and 540 in Canada.

Yes, more consumers prefer the more costly C-Class, even the older C-Class. And though the CLA is appealing in theory, it’s not hard to see why the C-Class is more appealing in practice.