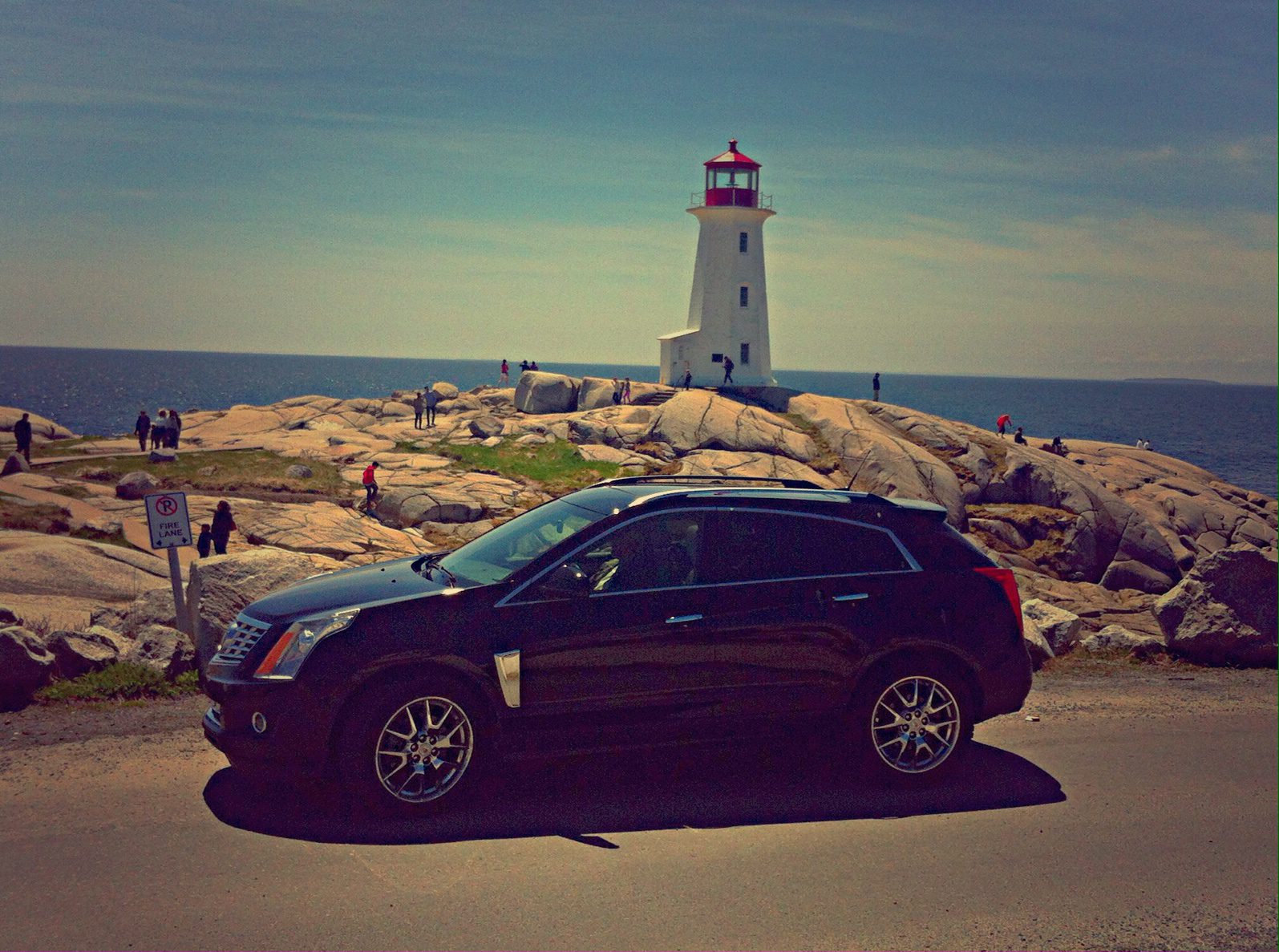 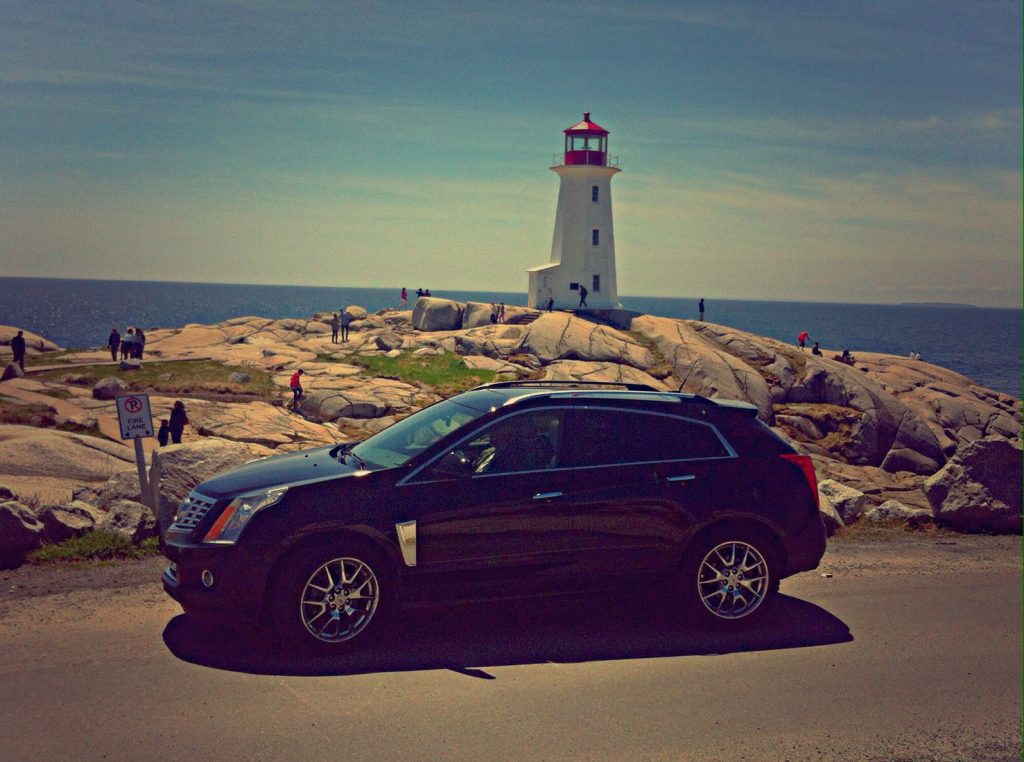 On summer Sunday afternoons many moons ago, my parents would load a handful of their children and a bevy of the most recently-visiting lunch guests into the car (or minivan, if necessary) and head to Peggy’s Cove, some 45 minutes away from our house.

Young, accustomed to the rugged beauty of Canada’s Ocean Playground, and addicted to cars, I was often more attentive to the vehicles in the Sou’Wester restaurant’s parking lot than I was to the famed lighthouse. In the late 80s and early 90s, Nova Scotia license plates were seemingly a rarity as tourists flocked from far-flung locales to visit some of Nova Scotia’s most spectacular sights.

Cars – and they were mostly cars, if not RVs – from Texas, Florida, the Carolinas, and Virginia were as common as the cars from Connecticut, Vermont, New Hampshire, and Maine. Whether it was Reaganomics or just the tastes of septuagenarian American tourists, there were always plenty of Lincoln Town Cars and numerous Cadillac Sedan de Villes, the odd Eldorado, and countless Fleetwoods.

We took our own slightly longer journey to Peggy’s Cove last weekend, stopping to pick up my newly minted septuagenarian father and my much younger mother, former Texas inhabitants themselves. 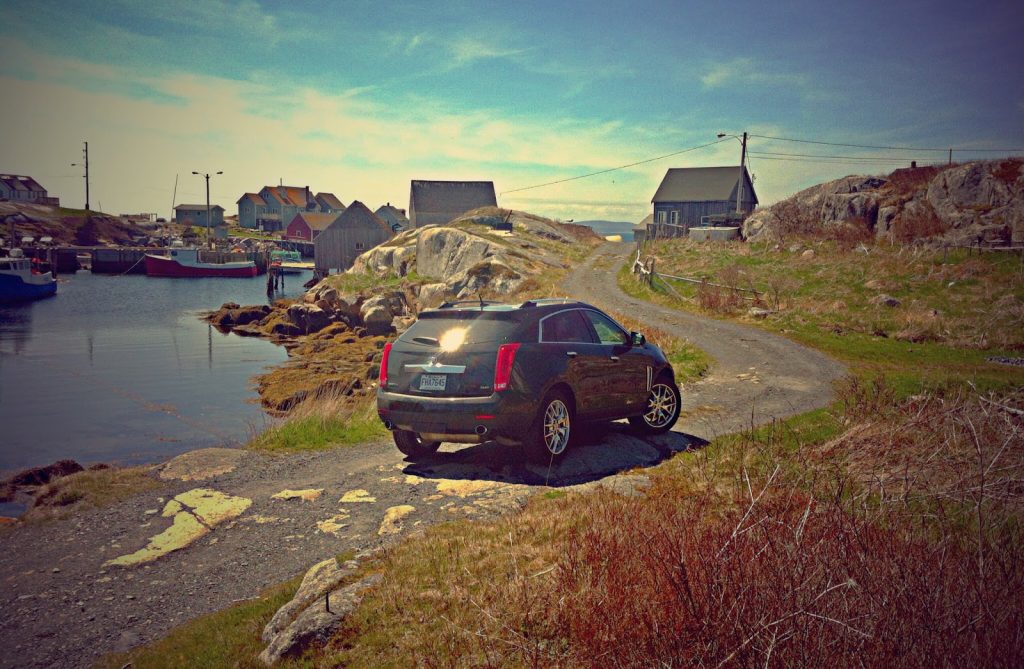 Locals have long since stopped expecting to see large numbers of American tourists anywhere in Nova Scotia. Our dollar is too strong, the global economy is too weak, and the generation of tourists we saw at Peggy’s Cove more than two decades ago are, you know, not here anymore. To boot, current Canadian premium car buyers aren’t exactly in tune with the Detroit luxury ideology. All Lincoln and Cadillac passenger cars combined have not sold as often as the BMW 3-Series has so far this year.

So, supplied by GM Canada for a sunny week in mid-May, five Cains arrived at Peggy’s Cove in a 2014 Cadillac SRX, the Cadillac that Cadillac buyers want most of all.

No matter where you’re starting in Halifax, the road to Peggy’s Cove is a good one, scenic and serpentine. The SRX succeeds here, its always comfortable ride is balanced with a surprising dose of agility, aided by direct steering and firm brake response.

It’s much too heavy to even approach the possession of sporting credentials, but there’s nothing holding the SRX back from being driven quickly. It’s properly propelled by a 308-horsepower 3.6L V6, the only engine available, and the 6-speed automatic works well in concert, not emphasizing fuel economy to the extent that shifts are poorly timed. And while the SRX’s official fuel economy ratings are poor, a week with plenty of city driving saw us achieve near highway-like efficiency.

This Cadillac certainly provides a premium driving experience, a sensation you won’t experience in a heavily-optioned GMC Terrain Denali. Wind and road noise is kept to a minimum, the V6 is only heard when prompted, the structure feels solid throughout.

Everything looks expensive inside, too. (It better: this SRX is fully kitted out and costs almost $64,000.) The centre stack’s smooth finish, the scrumptious beige leather, and the sight of soft padding on most everything that ought to be soft all befits a Cadillac.

There are significant letdowns inside, however. Cadillac’s tech interface, which General Motors calls CUE, is mostly awful. Prompt the phone menu, and by the time the lady inside CUE asks for specifics regarding your call, you’ll have forgotten you planned to make a call.

Slow is the key descriptor for CUE, but the touchscreen also failed to light up on a couple occasions. (The climate control screen in the rear seating area often failed to cooperate.) Seated comfortably, the front screen is a bit of a reach, too.

The attractive, smooth finish of the centre stack features no buttons, favouring haptic feedback instead, and it too often fails to respond. The driver’s seat can be expanded forward for those who are long of thigh, but it’s not a powered function, as it is in a Kia Forte SX, nor is the tilt/telescoping wheel powered. Meanwhile, the rear seat is by no means expansive, though it is broad, and cargo space fails to impress. A Lexus RX350 has 34% more cargo space with the seats up; 31% more with the seats down.

There’s no lack of luxury features in an SRX, especially one with the Premium Preferred equipment group (tri-zone climate, cooled front seats, and heated rears on top of the lower-rung SRX’s sport suspension, Xenons, and navigation, for example), a $1995 rear seat entertainment system, and a $2495 Driver’s Assist package. But the door to the storage compartment in front of the shifter needed a slight twist to close properly. Disconcertingly, the electronic parking brake switch couldn’t feel less costly.

Especially in this second-generation form, the SRX makes a style statement. In part because of its success, the SRX has become common, so it doesn’t look very current. (Cadillac’s 2010 SRX was officially unveiled at the Detoit auto show in January 2009.) Styling is, of course, subjective, and many will surely be uncomfortable with the upright headlamps, the jutting taillamps, and the masses of chrome, but the edginess is distinctly, boldly, happily Cadillac to its core. 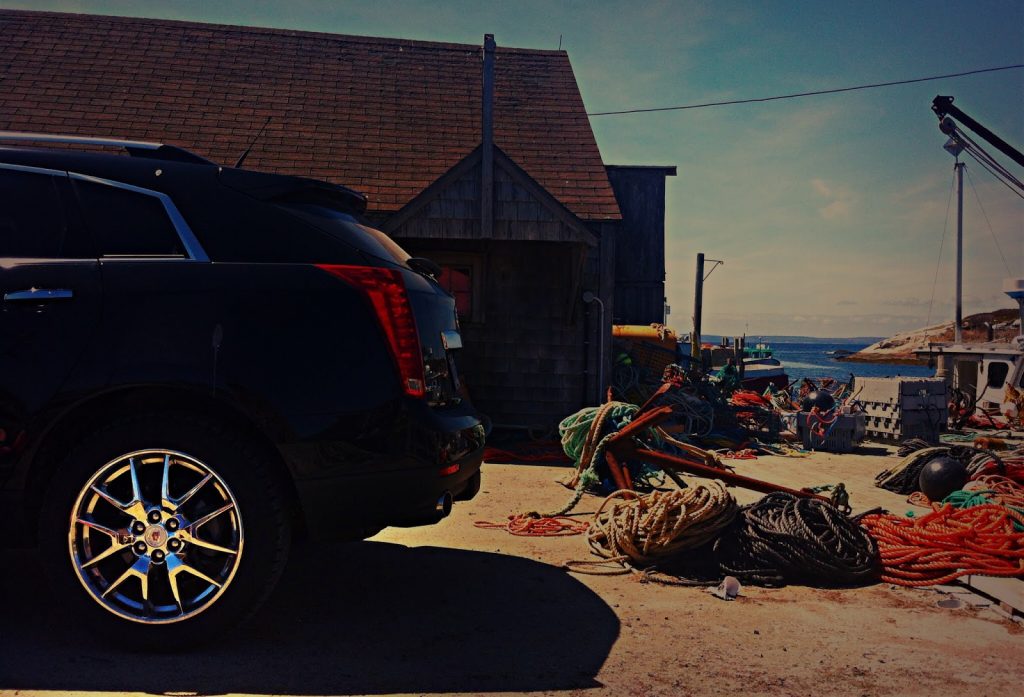 Of course, many potential SRX rivals also look good. Some of the better-selling alternatives have looked very much the same for some time, and not to their detriment. Lexus makes North America’s top-selling premium utility vehicle, the RX, and though twisty road dynamics are de-prioritized, the RX excels in terms of comfort and build quality.

Audi’s Q5 sells better and better every year. It is sized similarly to the SRX inside and is available with a huge range of powerplants, including an efficient diesel.

At this price point, the SRX lines up closely to GCBC’s PEI tester from last summer, the fully-optioned Acura MDX, a roomier vehicle with plenty of tech and pleasing on-road behaviour, but one which fails to make half as much of a visual statement.

Americans don’t show up as a collective body of tourists on the rocks of Peggy’s Cove, Nova Scotia these days. They still say the lighthouse at Peggy’s Cove is the most photographed lighthouse in the world. How they know this, we’re not sure. GCBC doesn’t track lighthouse photography.

We do nevertheless know that the Americans who no longer appear on our shores buy and lease the Cadillac SRX in large quantities. In fact, Cadillac is on pace to sell more than 60,000 SRXs for the first time in 2014, and the SRX currently accounts for 36% of the Cadillacs sold in the United States, a far greater portion of the brand’s sales than any other model. In Canada, SRX volume reached record highs in 2013 and is up 52% through the first four months of 2014. 45 out of every 100 Cadillacs sold in Canada this year have been SRXs.

The 2014 Cadillac SRX’s body speaks loudly. The act of driving an SRX is an enjoyable one. An upgraded and more functional interior would inevitably produce even greater sales improvements.