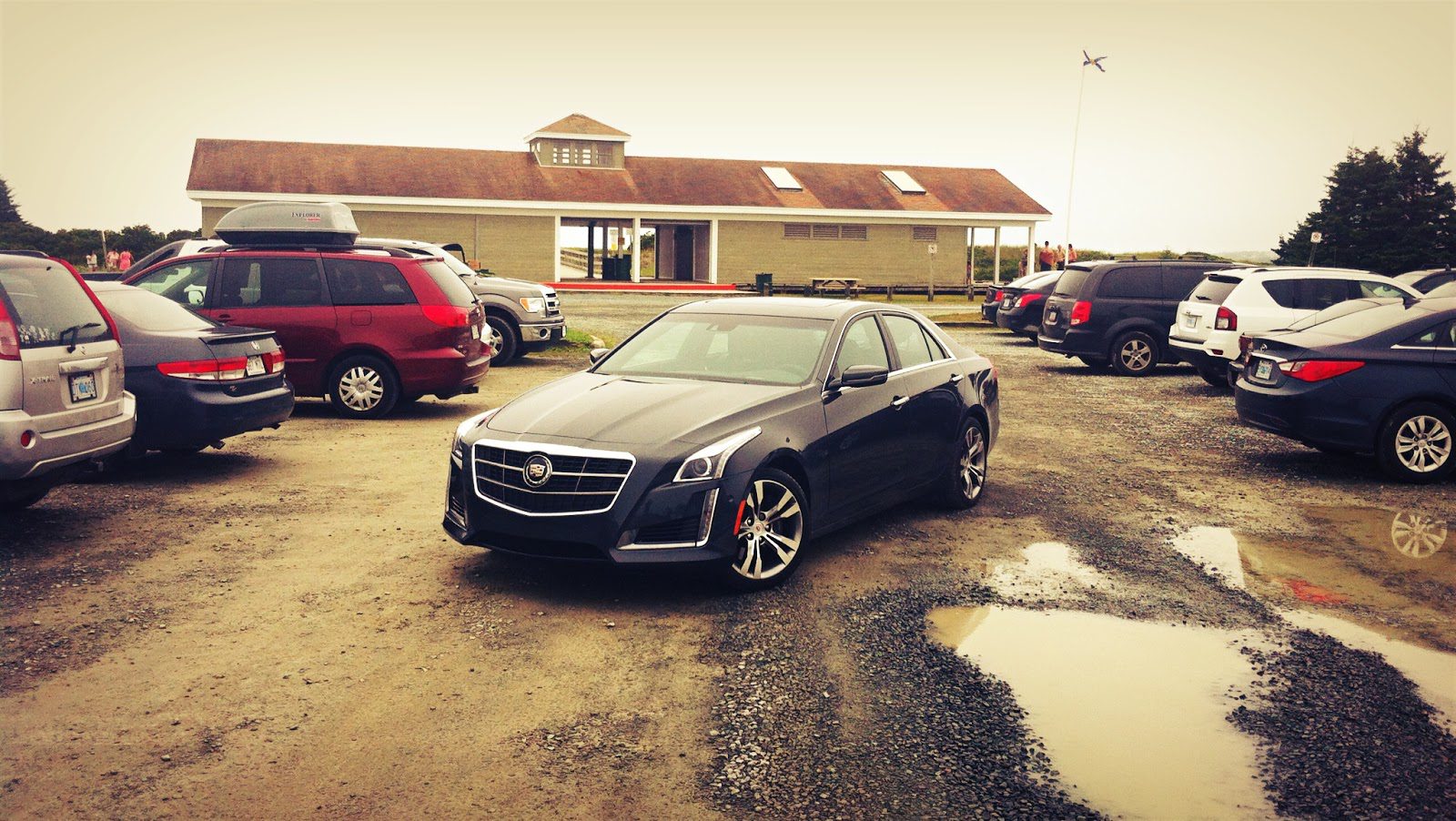 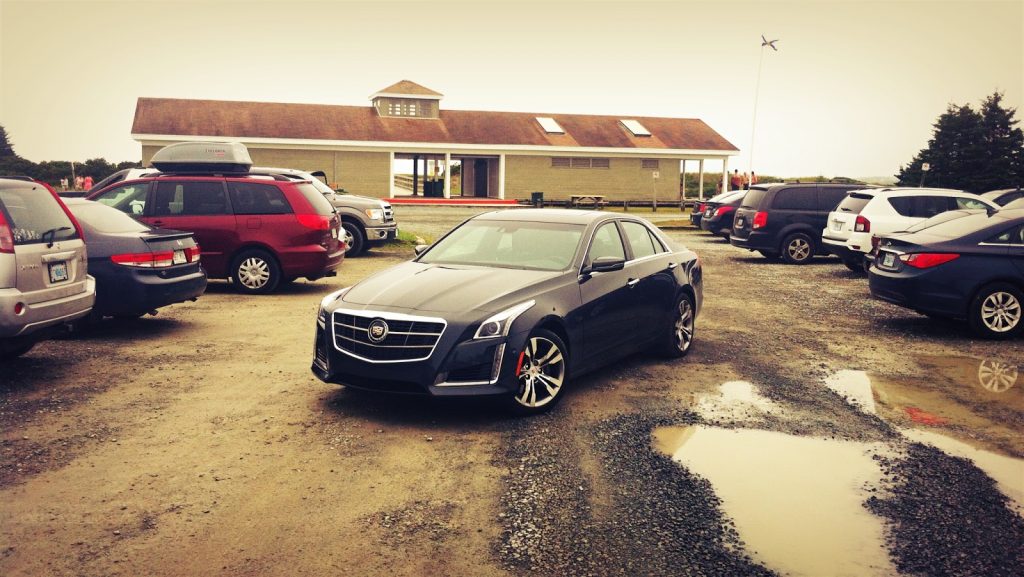 This is not a luxury sedan. It is not an upscale family sedan.

The Cadillac CTS V Sport is a performance car sheathed in an overtly Cadillac body.

It’s not the numbers – 420 horsepower, 430 lb-ft of torque, 0-100 mph in 10.5 seconds according to Car & Driver, braking from 60 to rest in 103 feet according to Edmunds – that turn the CTS from an indirect successor of the Fleetwood into the most dynamic car in its class. No, the sensation of athleticism in the CTS V Sport is not entirely quantifiable.

The overwhelming impression that the CTS V Sport is a sports car and not a luxury sedan that relies on feature count or historic imagery to excite is an impression gleaned from a few pushes of the console-mounted driver-selectable button: Tour becomes Sport becomes Track. How I’ve missed CTS V Sport’s Track mode since the car departed my driveway a week ago.

Thing is, even in that most comfort-oriented Tour mode, the CTS V Sport comes across as a lively package, like a frisky little subcompact hatchback that suggests a performance version with stiffened suspension and a bit more power would be a home run. 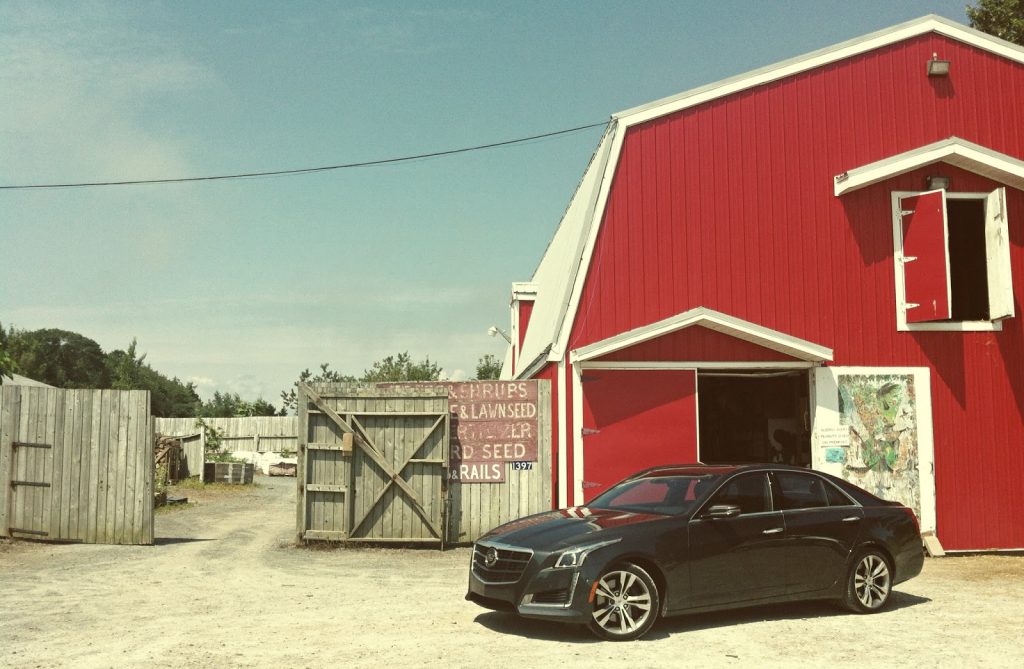 Except, in the CTS V Sport, power isn’t lacking to begin with, and rather than requiring a completely different car, button pushes are all that’s necessary. In other words, this isn’t Kia’s FlexSteer, which gradually weights up and always feels artificial, none of its three modes hitting the mark.

One would expect a car that steers with this level of accuracy and immediacy, a car that can be tossed into a corner and realigned in the case of a mole running across the road, would suffer from ride imperfections. Even in Tour mode, the CTS V Sport is firm, but don’t mistake firm for harsh. Firm equals level; firm doesn’t detract from straight-ahead tracking on the highway. There’s no denying the increased aggression of Sport and especially Track modes, but the V Sport easily remains within the borders of comfort, far from a punishing zone.

Whether this is down to 50/50 weight distribution or nitpicky engineers who sought perfection, I don’t care. To drive a car that can do the things this car can do when it’s being hustled, while still managing to feel even in that high-octane moment like a device that isolates only what its driver wants to isolate, is to not want to drive other cars.

GM Canada delivered the CTS V Sport to GoodCarBadCar for one week, a week in which I drove far more often than necessary. I was prone to forgetting things at the grocery store. Oops, better head back out. Everybody went for extended ride-alongs which routinely featured multiple on-ramps. I’d read and I’d been told that this was a special car. People can’t help but spout the specs in a can-you-believe fashion. This isn’t even the craziest CTS, they’d all say.

But I didn’t keep getting back in the V Sport for completely unnecessary drives to nowhere because of the specs, because of the bold front grille or the cooled seats. I would have been similarly excited about routinely driving the CTS V Sport if it were a 320-horsepower car.

This level of interaction and athleticism would have auto reviewers excited regardless of the class in which the car competes, but I couldn’t help but be especially pleased because of the increasing softness in a segment which used to be full of sports sedans, softness that’s thankfully missing in this Cadillac.

By the end of its stay, I realized that we thought nothing of travelling in a group of four adults with a rear-facing child seat in the back, as well. It dawned on me that, given the frequency with which I applied heavy doses of throttle, fuel consumption of 11.8 L/100 km was actually quite good.

The user interface wasn’t as frustrating as it was in the ATS last year or even the SRX earlier this year, but I wonder what’s wrong with buttons that depress. 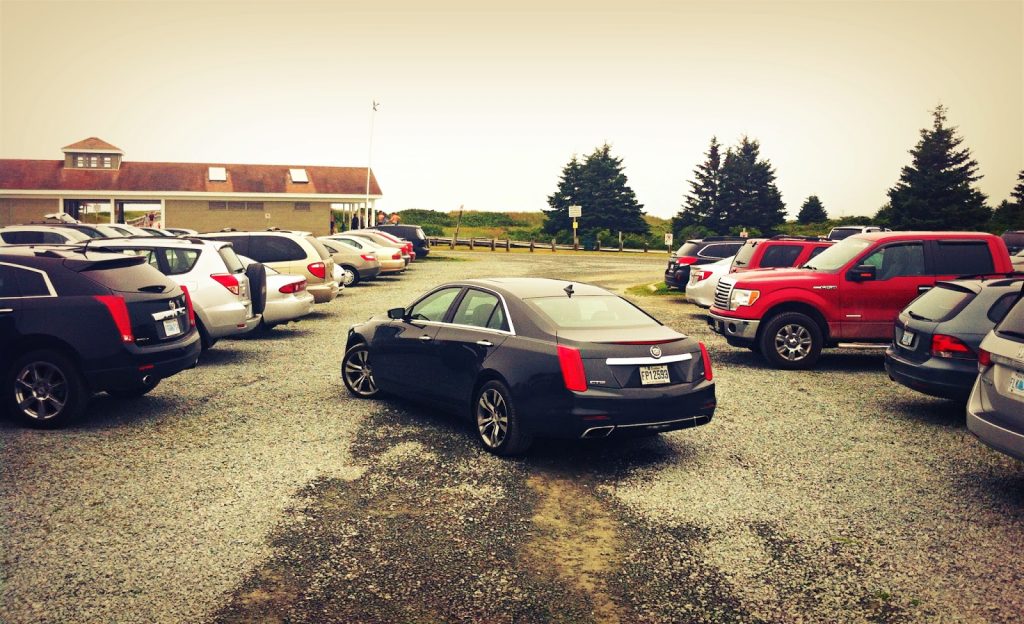 The CTS comes across as a very well-built car with high-grade materials. Yet that left-side signal stalk is disappointing, not because you’ll see a similar piece in lesser GM vehicles, but because it feels like a low-grade item in a rather expensive car, because it resides directly beside magnesium shift paddles. Those paddles, by the way, allow a driver to control the 8-speed transmission with less intelligence than the transmission itself possesses.

It only makes sense that the CTS’s disappointing sales performance relates to that high price. It’s true, the CTS is a perfectly reasonable value in comparison with its newfound direct rivals like the BMW 5-Series and Mercedes-Benz E-Class. But the couple who visits a Cadillac dealer as their three-year-old CTS’s lease expires is likely to be somewhat dismayed by the new car’s elevated price and equally discouraged by the size of the ATS’s rear seat. 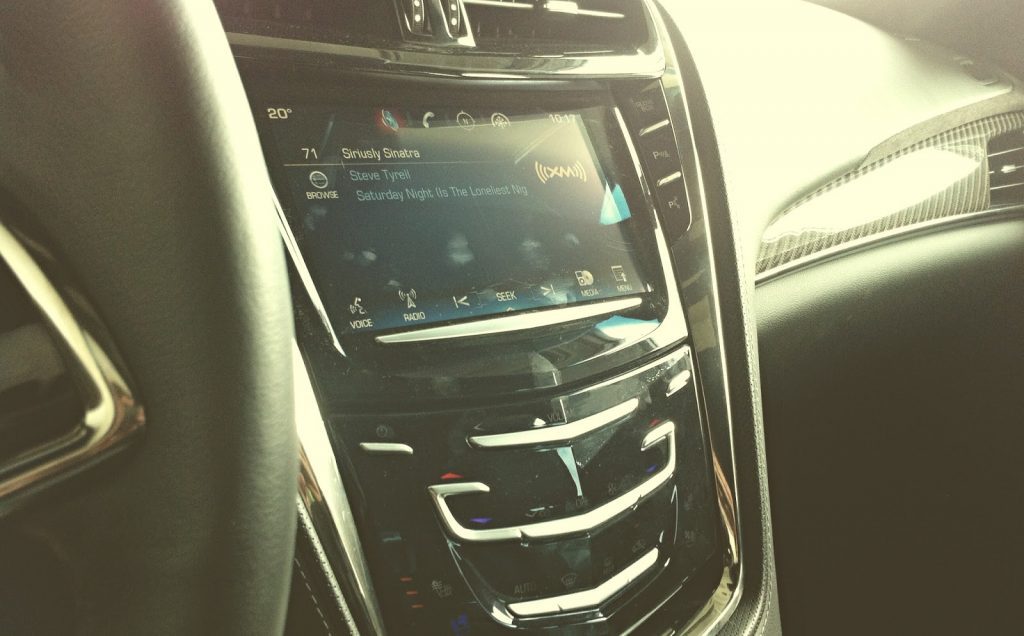 Personally, I am also put off by CUE, but not to the extent that I would not learn to cope with its inefficiencies over time. Unfortunately, I’ve been told that even at one-third the cost, pre-owned a few years from now, the current Cadillac CTS V Sport will never be featured as this family’s main car. Everyone agreed that sitting in the CTS was a lot like sitting in a cave, no matter how high you raise the seats. Mrs. Cain, lacking all manner of WNBA-like stature, struggled mightily to see the outside world. At 5-foot-11, I myself felt enveloped, and not in a good way. Blind spot monitoring and lane departure warnings assist and cameras, but they don’t overcome low roofs and high beltlines. 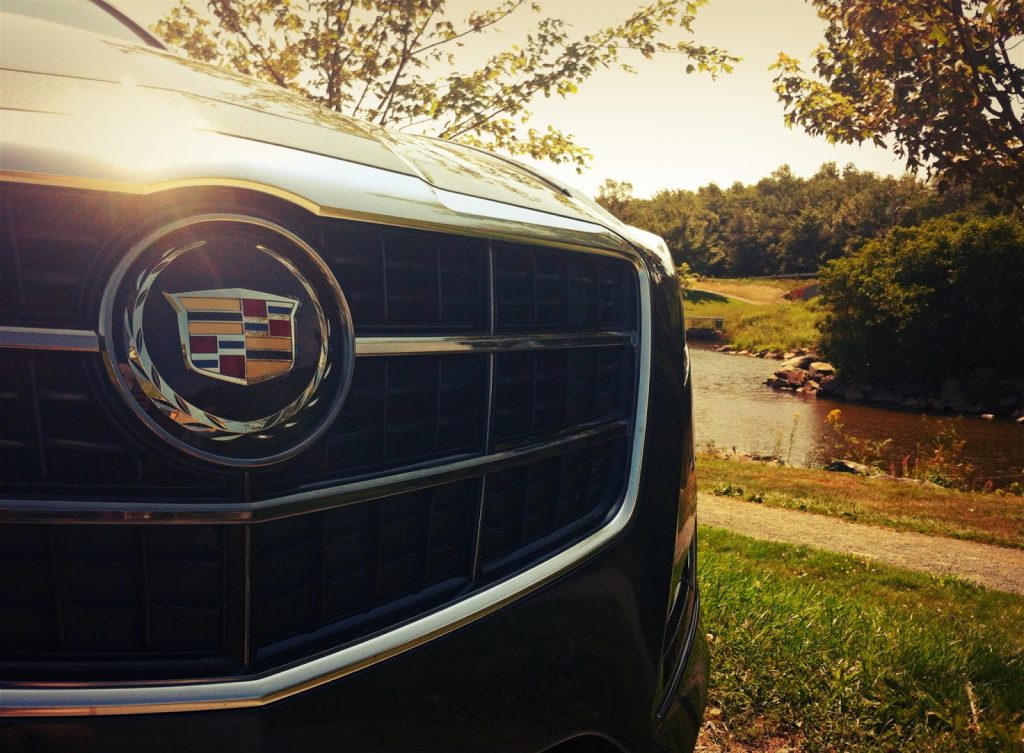 Perhaps we would feel different if we recognized the CTS V Sport for what it is, rather than what it looks like. This is a performance car, not a roomy luxury sedan.

We would also feel different if the CTS V Sport didn’t cost so much. Which, in a way, it doesn’t. Cadillac’s Canadian pricing means the CTS V Sport costs $23,600 more than the basic CTS, but there’s a $4000 discount currently applied to the V Sport.

That’s a start. Setting style aside, a lowering of the beltline would be helpful if I’m to make my case, too.