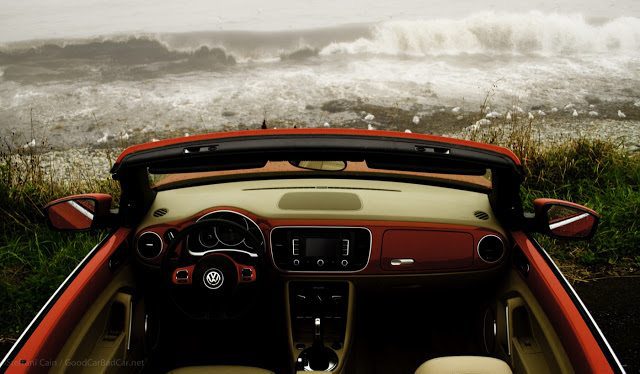 During the years in which the Volkswagen Group has pursued global domination, the message broadcasted by the group’s own VW brand has often been muddled.

Is Volkswagen the builder of $100,000 sedans and W8-engined Passats and, even now, a $66,115 SUV? Is Volkswagen Germany’s value brand, the brand that routinely cuts prices of its Mexican-built cars? Is Volkswagen the signature producer of mainstream diesel-powered cars, evidenced by the dearth of competition for its best-selling Jetta TDI?

Does Volkswagen want to be a marketer of more conventional green cars loved so much by American car buyers, like the not-a-diesel Jetta Turbo Hybrid? Is Volkswagen, at its core, a hot hatch company, a company which bases its everything on GTIs and R-badged versions of the Golf and Scirocco?

Or is the Volkswagen of today the same as yesterday’s Volkswagen? No car supports that theory more than this Beetle Convertible.

In so many ways, the second incarnation of the modern Beetle Convertible is every ounce a Volkswagen. Even if you don’t like the way it looks, you’ll readily acknowledge that the Beetle Convertible has a sense of style that’s almost completely unheard of in other parts of the automotive universe. Volkswagens are supposed to be iconically stylish, as exemplified by the Golf, Beetle, and Scirocco.

It’s fun, as topless cars are wont to be. Its structure is stiff, yet the Beetle Convertible isn’t too heavy.

Its trunk opens by pulling the trunklid logo, so it’s clearly a Volkswagen.

Problem is, even in Highline trim, the Beetle Convertible has no auto headlights, no power seats, no direct shift gearbox, and no backup camera. So yeah, it’s definitely a Volkswagen.

And yet, the 2013 Beetle Convertible doesn’t feel all that German. I’m not talking about its build quality or its disappointing amount of content, but the way it does (not) feel on city streets and rural backroads.

The Beetle’s steering lacks feel, a trait we’ve all come to accept in modern cars, but the power assist is way too overboosted. The topless Beetle’s steering is also inaccurate, requiring constant course correction on straights and through corners.

Pair this with a suspension setup that favours near-complete isolation from bumps and holes and surface imperfections and you have a car that copes when driven at seven-tenths, but doesn’t enjoy it. Neither does its driver.

170 horsepower doesn’t sound insufficient, but because the 6-speed automatic is determined to not shift, because the 2.5L five-cylinder drones on and on like the worst electronica before the beat drops, the Beetle Convertible feels much slower than it really is. And the beat never drops. 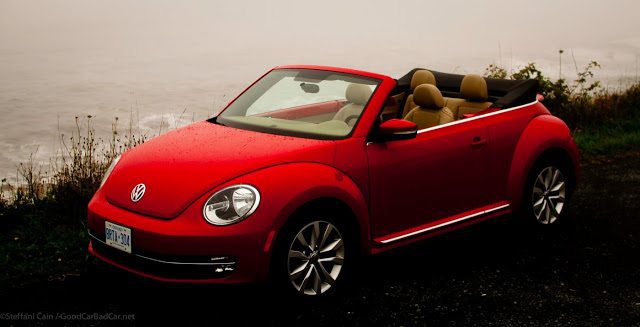 The new Beetle Convertible is, however, a very, very refined car. Consequently, speeds rise at a much faster rate than its driver thought possible. With the top up, the Convertible is a very quiet car and vibrations are held at bay.

Stalks, knobs and switches operate with the kind of smoothness and solidity you expect in a 21st-century German car. Finding the ideal seating position is quick and easy, and suitable for drivers of various sizes. 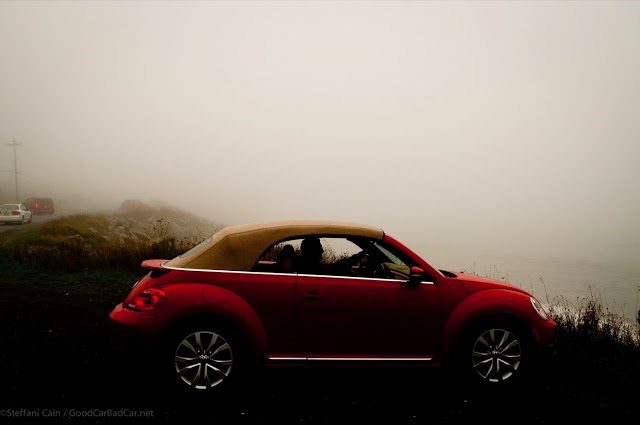 On most levels, it’s a wonderful place to spend time, particularly if you can set aside the notion that the Beetle Convertible would feel even remotely as tied down as the Golf R that GCBC reviewed a few months ago. Especially if you don’t believe that its equipment levels suck relative to other $35,000 cars. And if you can exclude from your list of requirements a rear seat that’s something more than an off-the-floor interior cargo area.

You could argue that the Beetle Convertible proved to be a dynamic disappointment only because the last car to visit GoodCarBadCar was a similarly-priced Mazda MX-5 Miata. You’d be wrong, though within your rights to broach the subject.

The Beetle wasn’t surprisingly disappointing. It was just about as disappointing, dynamically, as I’d anticipated a comfort-oriented cabrio to be. This is not a car for enthusiasts, those who demand more from the man-machine interface. It also featured a soft top that severely reduced visibility when down; a top which required manual fitment of a trunk-consuming tonneau cover.

As a Volkswagen Beetle Convertible, however, this car did not disappoint. The target market must love the light controls, the much-improved design, the superb seats, and the real-world fuel efficiency. Nothing surprised me more than the Beetle Convertible’s 31 mpg result at the end of the week – it’s rated by the EPA at 21/27 mpg, and our drives in the car left very little time for highway cruising. 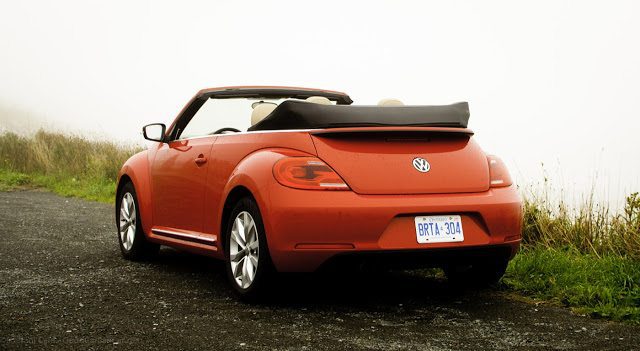 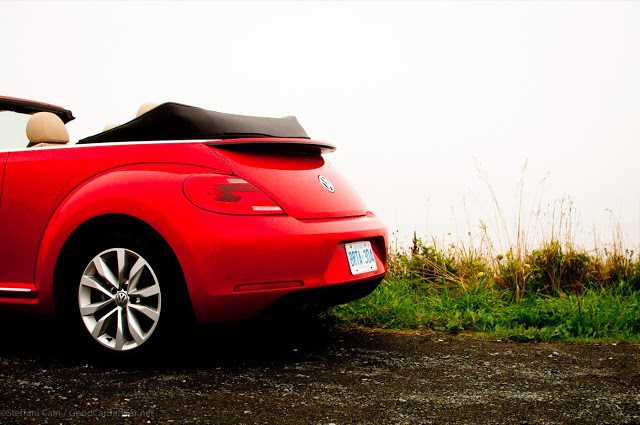 Beetle Convertible fans likely know better than to order a car with a beige top, beige leather, and beige carpeting. It’ll look good for a day or two before manifesting permafilth. The wise ones will also wait until Volkswagen installs a new turbocharged 1.8L four-cylinder engine, a powerplant which could transform the driving experience.

Not a Phaeton, Touareg, Golf R, or Passat W8, either.