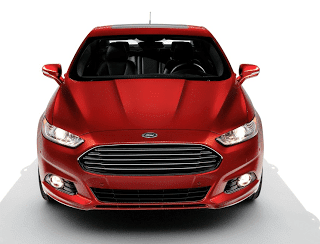 Americans car buyers registered 15.6 million new vehicles in 2013, a significant 7.5% year-over-year increase compared with 2012’s twelve months. More new vehicles were purchased and leased in 2013 than in any year since 2007.

No premium brand outsold Mercedes-Benz, even if you exclude the Sprinter commercial van, a product which isn’t exactly a 7-Series alternative.

The biggest year-over-year improvement, percentage-wise, belonged to Maserati, which is beginning to put up measurable numbers. Jaguar’s 41% increase was also noteworthy, but among volume brands, Subaru’s 26% jump was best.

Suzuki disappeared, leaving Volvo’s 10% year-over-year decline to stand out as the worst. Smart, Scion, Volkswagen, Kia, Infiniti, Chrysler, Fiat, and Lincoln were the only other brands to sell fewer vehicles in 2013 than in 2012.

The December edition of this post has this info, but there is greater detail in this 2013 year end ranking of auto brands competing for America’s attention. Moreoever, the rankings are for 2013, and not for December.

Don’t like to see automakers arranged alphabetically? Click column headers to sort automakers by 2013 ranking, 2013 sales, year-over-year change, or any other order. Year end best seller lists for cars, trucks, and SUVs will be added later this afternoon. In the coming days, GCBC will also publish a complete list of YTD/December sales for every single vehicle line, a list which includes brand results. To find out what you can expect, you can see November’s version of that post here. You can always find historical monthly and yearly sales figures for any brand by clicking the brand name in the table below or by selecting a make (or model) at GCBC’s Sales Stats page. The + icon has been removed from year-over-year improvements. Look instead for red font to designate year-over-year declines.

Click column headers to sort by specific categories. Using the mobile version of GoodCarBadCar? Switch to the web version at the bottom of the page, at which point columns should be sortable.
2014 Year End • 2012 Year End • 2011 Year End