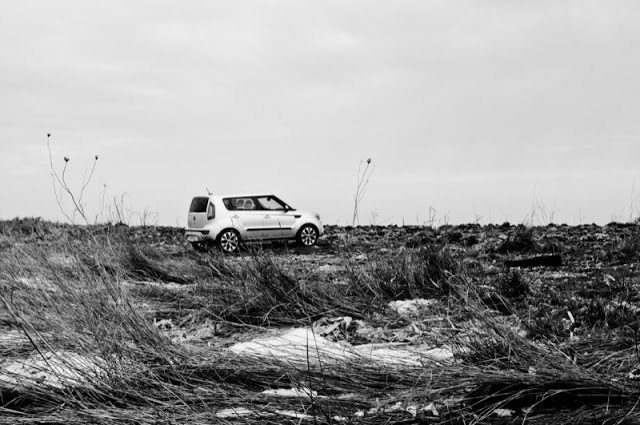 There are three things I really like about the Kia Soul, even late in its first-generation iteration. I like the way it looks. I like the load of equipment it carries at its moderate price point. I also like the fact that it feels cheerfully small to drive while happily hauling heavy-duty loads of people and cargo.

There are two things I don’t like about the Kia Soul. Fuel efficiency is not its forte. The Soul also feels ever so slightly previous-gen small caresque, like an iPhone 3G, V10 F1 engines, David Beckham, or U2. Good, very good in fact, just not terribly recent.

There are a couple things to keep in mind before you approach life with nothing more than a summarized Soul. A new Kia Soul, inspired by last year’s Track’ster Concept, will be introduced at the New York Auto Show next month. Also, GoodCarBadCar reviewed the first-generation Soul in pre-facelift form a couple years ago and complained vociferously about its antiquated 4-speed automatic. 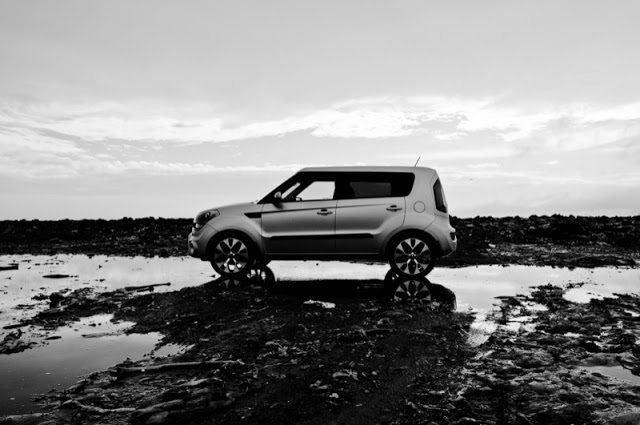 The 4-speed automatic no longer stockpiles complaints, as Kia has replaced it with a smooth 6-speed. Even with the new 6-speed automatic, the 2.0L four-cylinder’s 164 horsepower doesn’t imbue the near 3000-pound Soul with a sense of speed. Hyundai is welcome to donate to the cause: the Veloster’s torquey turbocharged 1.6L, an engine that will appear in the next Forte.

The positive aspects of the Soul driving experience relate more to its ride and handling balance and its weird-in-a-good-way steering than to its upgraded engine and dramatically improved transmission.

The Soul’s tidy wheelbase, five inches shorter than the Honda Civic’s, doesn’t adversely affect ride quality the way you’d expect. At the same time, the Soul has this bright-eyed, bushy-tailed character that matches its cheerful exterior. Without jarring its occupants, the Soul takes to corners happily. It’s not latching on to the pavement like a Focus ST, but it shouldn’t. The Soul is capable enough, and it doesn’t take itself too seriously.

Reconsidering the initial issues, one is inarguable; the other depends on your small car expectations. At best, the 2.0L auto-trans Soul is rated at 23 mpg in the city and 29 on the highway. Given our tester’s aggressive winter tires, the sub-zero temperatures, and the high percentage of mileage we drove in the city, the 22.4 mpg GCBC’s 2.0L Soul recorded isn’t terrible. At least not when compared to its EPA ratings.

But based on the expectations consumers have for small cars in the year 2013, that is frighteningly poor mileage.

The heavier Hyundai Sonata, which uses a more powerful 2.0L, achieves the same city mileage but travels six miles farther on a gallon of gasoline.

An entry-level BMW 5-Series? Yup, it too is more economical than the Soul. Even the all-wheel-drive Mazda CX-5 consumes less fuel.

The Soul’s poor fuel efficiency contributes to the lingering feeling of oldness. Kia’s less expensive Good 12-winning Rio, features an interior that looks better and feels more expensive. You know how often reviewers comment on the solidity of new cars, the delightful thunk of the doors closing? The Rio has that; the Soul doesn’t. It’s as though Kia engineers knew the Soul was going to be a weighty piece, so they took every last gram out of certain areas that, consequently, cause the car to sound and feel a bit tinny.

Typically, Hyundai and Kia four-cylinders don’t bother drivers with their NVH, but a lack of sound deadening makes the Soul feel a bit buzzy. The seats are too flat and thinly padded. The dashboard materials feel a bit icky. Oh, and the Rio, the cheaper, smaller Kia hatchback that feels more expensive? It drinks less fuel in the city than the Soul does on the highway. 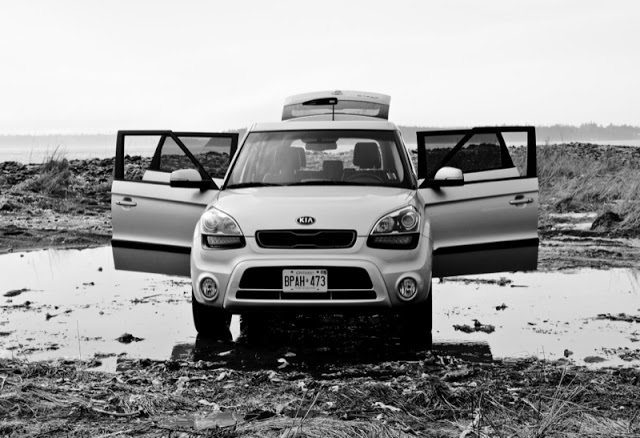 The Soul interior is far from all bad. Indeed, only the current greatness of the subcompact class will lead any buyer to believe the Soul is anything less than well-built. It’s an expectations game, remember? The gearshift lever moves forward and aft very nicely, which sounds like a little thing, but so many automakers get it wrong. The “leather”-wrapped steering wheel will make you forget some of Kia’s poor material choices. Kia certainly didn’t try and save pennies on the stereo, either. From a style perspective, the Soul’s exterior design isn’t let down by what’s inside. Colours, mood lamp speakers, and big red-lit buttons make it work. 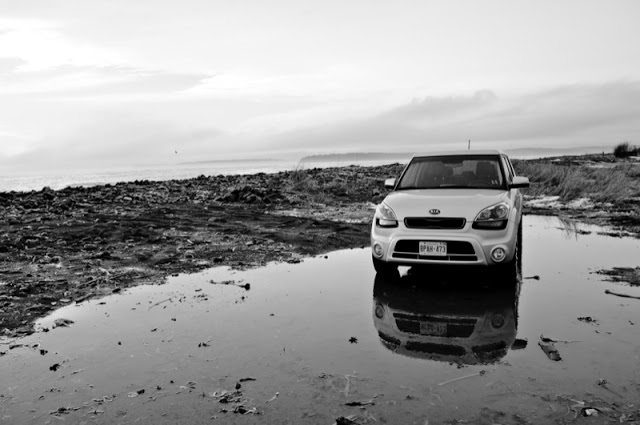 All of this is important. But the interest you have in the Kia Soul relates almost completely to its sense of style and the quantity of content. For $25,595 in Canada, the Soul 4u Luxury includes a back-up camera, navigation, sunroof, 18-inch wheels, LED lights, and power-folding rearview mirrors. The back-up camera, big wheels, and sunroof are standard on the non-luxury $22,895 4u, too. And this in a car that, with the rear seats folded, holds 1511 litres of cargo. And a design that doesn’t put you or your fellow commuters to sleep. 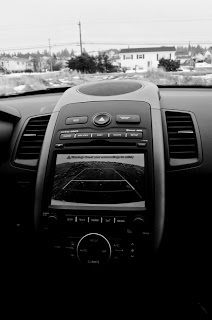 Style is subjective, of course. Yet even with more than 360,000 on North American roads, the Soul looks surprisingly fresh. One wonders if Kia can keep the freshness alive in second-gen form, a problem that’s arisen with flamboyant two-box designs before, most notably with the Chrysler PT Cruiser.

In the here and now, however, the Soul’s big headlamps, tall taillights, slab sides, and Kia’s wonderfully-executed marriage of masculine boxiness and feminine cuteness continue to succeed.

Kia’s poor relationship with proper pricing schemes continues to work to the advantage of consumers. If the Soul wore a Honda badge, it would certainly cost more. If affixed to the grille there was a blue oval, the Soul’s comprehensive warranty wouldn’t last five years. If the Soul was a Toyota, well, it would look like a Matrix.

And if in spite of its blemishes, the 2013 Kia Soul 4u remains a strong value proposition, even when its stylistic advantages are set aside, what might Kia be readying for next year?