Kia Canada delivered a 2013 Soul4u Luxury to GoodCarBadCar’s driveway last week. The streets in this part of the world are absolutely filthy these days, and we knew the best opportunity to grab good, clean pictures of the Soul would require an immediate photography session in a nearby location.

Fortunately, with GCBC’s recent move to the beautiful fishing/military village that is Eastern Passage, Nova Scotia, beautiful backdrops are abundant. We took two left turns and 500 metres later ended up at this storm-surged little “beach” around the corner. The lighting was nice. And the Soul, in a somewhat disappointing Sterling shade, turned out to be just the right hue for black and white imagery.

GCBC is fortunate to have an in-house photographer, Steffani Cain. The influx of photos I receive with each test car that arrives cost me not even a penny… so far. And because the Soul is a handsome little box, and because I particularly enjoyed scanning through these pictures, this seemed as good a time as any to do a separate photos-only post of a car. (We last did so when Chloe O’Brien shot the Hyundai Veloster under the MacKay Bridge.) 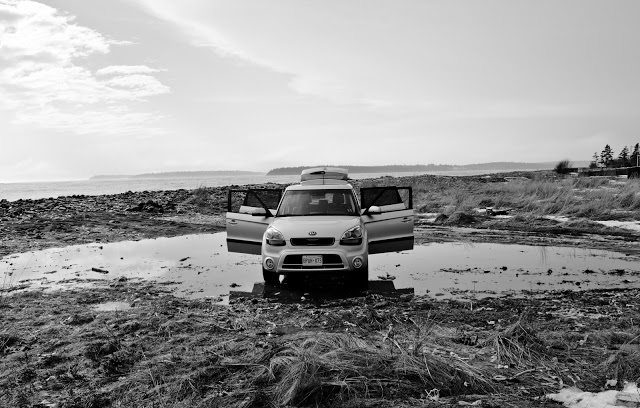 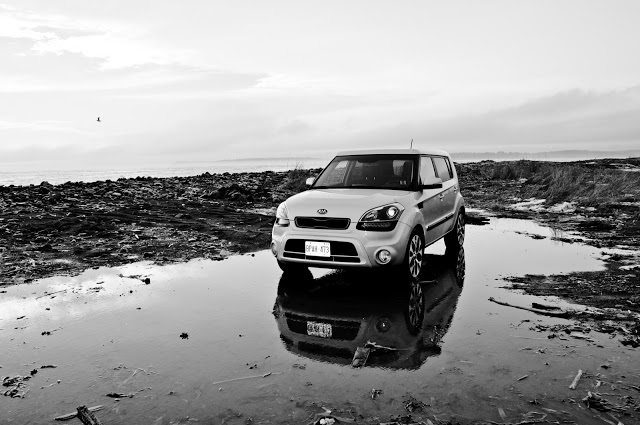 The gallery below, likely not visible to iOS users, holds a larger group of images, and you’ll see more when the GCBC Driven review of the Soul is published later. You can also click any of the above images for a larger view. GCBC’s photographer, Steffani Cain, can be followed on Twitter @justavapour. Her commute is captured daily at Halifax Ferry Pictures. And her Flickr is filled with pictures of cars, the world’s smallest Labrador Retriever, and the Atlantic coast.