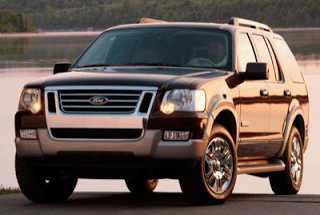 Looking back in time, GoodCarBadCar has generated a sales table for 2006. 301 different vehicle nameplates found buyers in the United States, down from the 311 which were sold in 2005. As always, the Ford F-Series was America’s best-selling vehicle line. If there was one trend to be spotted in 2006, it was the slowing pickup truck market.

The exhaustive table below is sortable, so as much as it’s a ranking of U.S. vehicle sales in 2006, you can also select the fourth column to see how vehicles ranked in 2005. Or, as many of you undoubtedly will, you can sort alphabetically by vehicle name to see the Fords, Toyotas, Hyundais, and Audis grouped together. (Mobile users can select “View Web Version” at the bottom of this page to gain access to the sortability function.)

For more current vehicles – which many of these 311 are – historic monthly and yearly sales figures can be accessed by making a selection from the dropdown menu at GCBC’s Sales Stats home. To compare vehicles with one another, however, check out the lengthy full vehicle rankings list below.