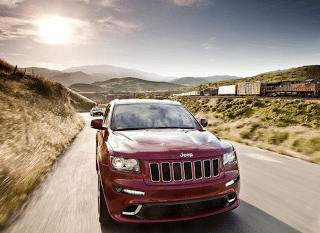 Though hard hit, three of America’s most popular utility vehicles were popular enough at this time last December that a comparatively bad month wasn’t enough to strike them down. Honda CR-V sales slid 7%, the Chevrolet Equinox plunged 20%, and Toyota RAV4 sales dropped 19% in December 2011. All three remain among the five best-selling SUVs in America, along with the increasingly popular Jeep Grand Cherokee (up 36% in December, up 51% in 2011) and the soon-to-be-replaced Ford Escape (up 37% last month and 33% last year).

Although BMW and Mercedes-Benz and a handful of niche brands haven’t yet reported December sales, the fact that none of these brands have landed an SUV on this list in recent memory means we can go ahead and label these ten vehicles the most popular utility vehicles in America from December. Half wear Japanese badges; half hail from Detroit… originally. You probably wouldn’t consider taking more than one of them, maybe two or three others, through a stream bed.

Yes, the latest Jeep Grand Cherokee is pretty awesome. Evidence suggesting others feel that way can be found not only in its fourth-place finish but in its outright volume. 17,346 sales marks the Grand Cherokee’s best month in the last two years. If time permitted it, a little research would probably show that the Grand Cherokee hasn’t had a month like this in… oh, say six years. (Thank Chrysler for doing the research.) Jeep also sold 11,415 Wranglers in December, 43,577 vehicles in total, a 41% improvement over December 2010. Jeep finished 2011 up 44% compared with 2010.

America’s 10 best-selling SUVs from December 2010 are below. The more consequential 2011 year end list is coming up.