“Take a sad song and make it better”, sang the Beatles. Ford decided to switch the lyrics to: “Take a pretty car and make it much worse”. 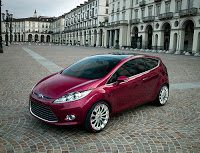 I shan’t be harsh. Ford’s Verve sedan – the 4-door is a necessary body configuration to compete in China – has just debuted and it proves how adding a trunk can ruin a terrific body. Nevertheless, the Verve sedan is still a terrific looking automobile, just very awkwardly proportioned from some angles.

Chevy’s latest Malibu is a much better car in every way when compared with its predecessor. Yet that car, the Malibu sedan, was taken to a new level of ugliness when stretched and fitted with a hatch. As if the front end hadn’t been bad enough already, Chevrolet designers outdid themselves at the rear.

The story is much the same, but switched around, at Nissan. The Versa hatchback appears athletically honed and toned in the way a 6-foot tall, 120 pound 14 year-old boy deals with a basketball bouncing off his size 14 shoes. Then again, Nissan’s late-coming Versa sedan appears athletic…. only in how it compares with a first time quarterback attempting to escape Michael Strahan.

Volkswagen’s Golf/Rabbit/GTI doesn’t stun you with its beauty or uniqueness. It does the job, however, and manages to offend few while cutting a clean line. Then again, the same car can be morphed into the Golf Plus Dune. Gross.

The Peugeot 206 was a very successful and cheeky French hatchback. The same French automaker managed to convert it into a dreadfully awful and dowdy ‘saloon’. 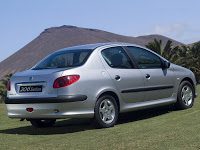 Toyota imported the Echo sedan to North America and left every passerby with a bad taste in their mouth. How did such offensive bodywork escape the same design HQ as its companion, the Echo hatch?