The Saints (5-7) head to Atlanta tonight to face the Falcons (3-9) in hopes of regaining some respect after their team revitalized New Orleans in last year’s playoff run. (Hey, I know this is a car site, but what’s more appealing than football and cars? You can’t tailgate without a vehicle, after all.) Watch the game with WMP here or TVU this’a’way.

It was a little over two years ago that Sewell Cadillac Chevrolet suffered the loss of 200 vehicles after Katrina. That’s right – after the hurricane. 97 of their vehicles were commandeered by the NOPD.

Carl Sewell still owns car dealerships, but the Caddy/Chevy dealer on Baronne Street has since closed its doors, whilst employees were offered positions in Dallas, Fort Worth, Grapevine, Plano, and San Antonio. One Sewell billboard ad seen after the hurricane read, “New Orleans Finest Drive Sewell.”

The NOPD was claiming these vehicles at a time when many of their own vehicles had been flooded and safety was being compromised when officers were siphoning gas from abandoned vehicles. On the other hand, not many of the 97 were Cobalt’s or Aveo’s. The officers apparently preferred Cadillac Escalade’s. 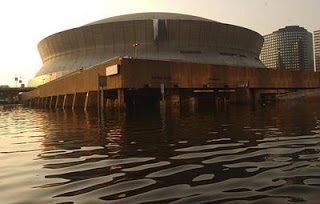 Back then, police superintendent Warren Riley said, “Those cars were not stolen. We recovered I believe 90-something Cadillacs. We recovered some of those that were stolen. We warehoused those cars. We still have those cars. We have obtained the keys for those cars and they are in a safe place for the owner.” Unfortunately, most vehicles returned to the Sewell dealership were seriously damaged and freed of the air in their tires. 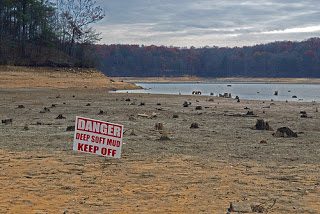 As for Atlanta’s natural disaster + car connection, Governor Sonny Perdue asked that people consider their dirty cars a ‘badge of honour’. There ain’t enough water to go ’round, said he. Nevertheless, after edict went forth several state employees used their government purchase card to pay for car washes. The list of offenders includes educators from state universities.

Perhaps we should just watch the football game. The Media Player and TVU links are above, here’s a TVAnts link.