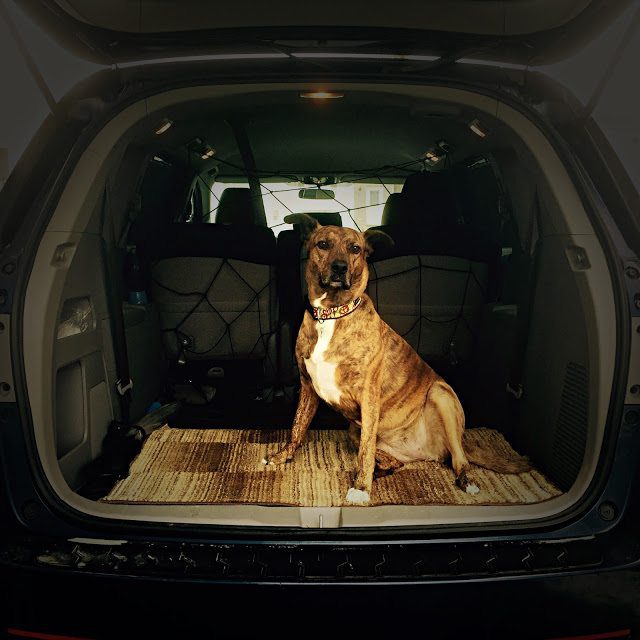 I thought people were buying minivans with power tailgates because that was simply the next step after power sliding doors. And maybe many minivan buyers are doing just that: opting for the nicer van for reasons related to convenience, laziness, and height.

I suspect in our case, however, that if this Odyssey is replaced by another, our desire to upgrade to a nicer Odyssey that includes a power tailgate will be purely because of the layers of dirty, salty, grime on the tailgate that slathers itself all over my hand each time I want to let the dog in, load groceries, let the dog out, and unload groceries. Hatchbacks are prone to filthy rear windows – that’s why a Golf has a rear wiper and the Jetta doesn’t – but the filth extends down the tailgate, it’s especially filthy in the middle of winter, and it’s beginning to feel like an omission we shouldn’t have omitted.

The rearview camera, therefore, also attracts a thick coating of grime, much thicker and more persistent than the LaneWatch monitor underneath the passenger side mirror. Picture teeny, tiny, wee little grime-sensing wipers and spray nozzles and you’ve just about summed up the 2021 Mercedes-Benz S-Class.

In 2016, we all sound a little bit foolish when you consider the paucity of features in the minivans in which we grew up. My mother was driving around in a Grand Caravan in the late 80s with two rear benches, two power windows and some flip-outs in the back that the smallest kids could never operate, and air conditioning.

Tri-zone climate control? Of course not. Disappearing seats? Who needs’em – she never went anywhere without us. Was a touchscreen even a thing in the late 80s? And could it possibly be accompanied by another screen controlled by a mini-joystick perched below the touchscreen?

And power sliding doors, plural? There was only one sliding door, for starters, and the older kids were responsible for slamming that sucker closed when we were parked on a slope.

But the power sliding doors I get. As I’m locking the door to the house, I’m pressing the button on the key fob to open the driver’s side door so the little one can be crawling up into the van before I even leave the front steps. It’s truly a marvel. I don’t need this feature, but a van without it now appears needlessly archaic.

But I’m sick of the dirt.

Honda, of course, doesn’t allow an Odyssey EX customer to simply add the power tailgate option. There’s no option list, no checkbox for à la carte items. Honda Canada demands not just an extra $1500 to step up from the EX to the EX RES but another $5510 to step up to the EX-L RES, or $7010 more than our EX and $12,060 more than the cost of a base Odyssey LX.