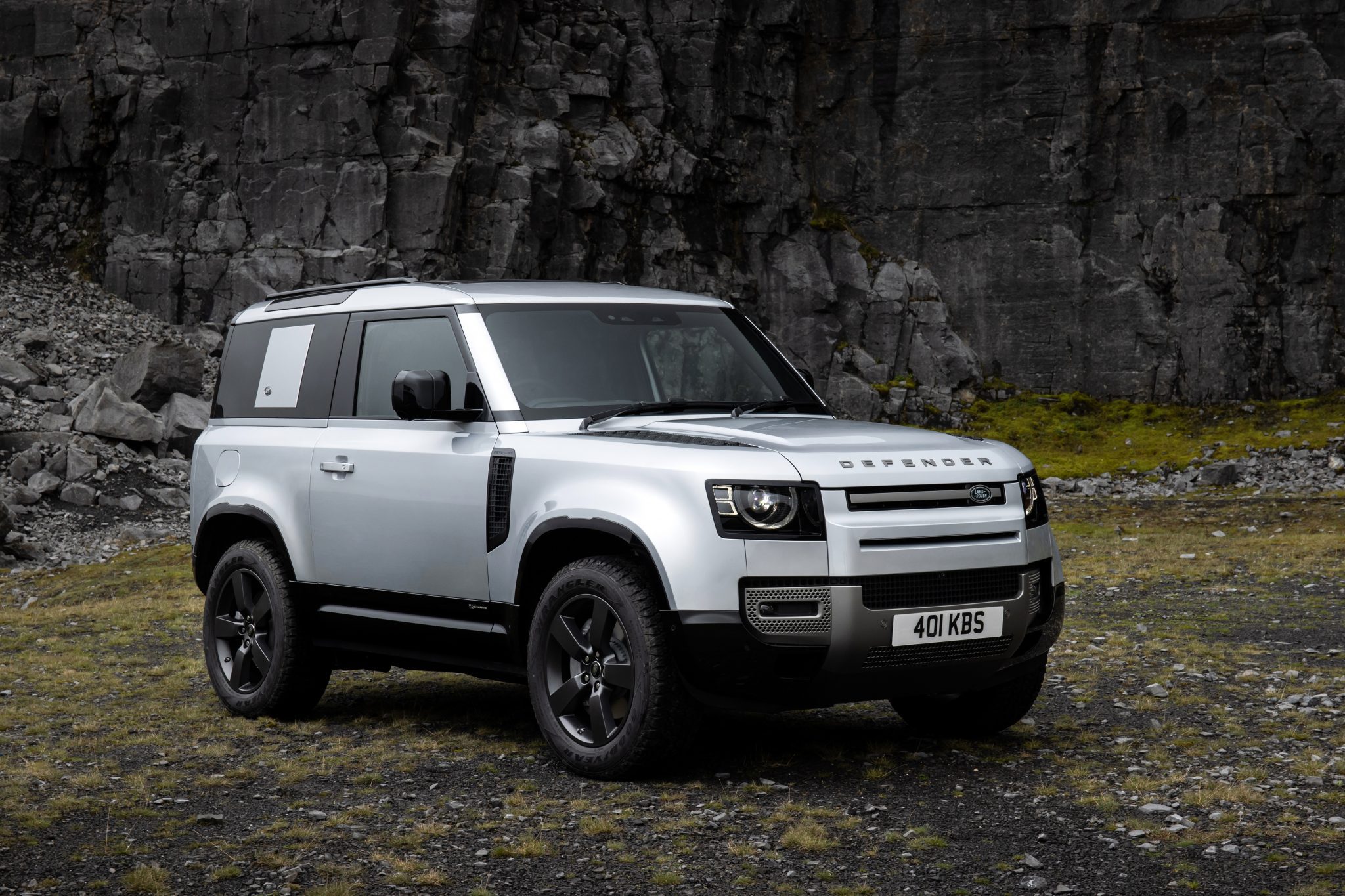 On a beach in Anglesey, UK, more than 70 years ago, Maurice Wilks drew a sketch in the sand. This is how the first Land Rover in history was born. The Land Rover Series I became an icon, just like Wilks. With his restless spirit, he set out to build a vehicle that could take on any terrain, weather condition, or challenge. And that was precisely what he did.

The Land Rover Series I

The first prototype, known as the Center Steer for having the steering wheel in the middle of the dashboard, was built in 1947 by Maurice Wilks on an American Willys Jeep chassis hand-built bodywork.

The first units to roll off the assembly line were painted in various shades of military green, as the only paint available came from surplus materials used in the manufacture of warplanes.

The Land Rover Series I featured four-cylinder petrol and diesel engines producing around 50 bhp and were mated to a four-speed gearbox from the Rover P3. This configuration was complemented with a new two-speed transfer box and an innovative four-wheel-drive system used on several Rover cars of the time.

10 years later, the first update of the Land Rover called Series II arrived, featuring an attractive design with stylized flanks and rounded fenders, creating the basic style that would endure for decades. The Series II was the first Land Rover to feature its well-known 2.25-liter petrol engine, producing 72 horsepower.

1962 saw the arrival of the Series IIA, which, while visually was indistinguishable from the Series II, had a totally different personality thanks to its new 2.25-liter diesel engine. In 1967 the Series II was given a new 2.6-liter gasoline engine. And by 1968, the headlights were moved to the front of the fenders. The power of the Series IIA ranged from 63 hp to 69 hp. 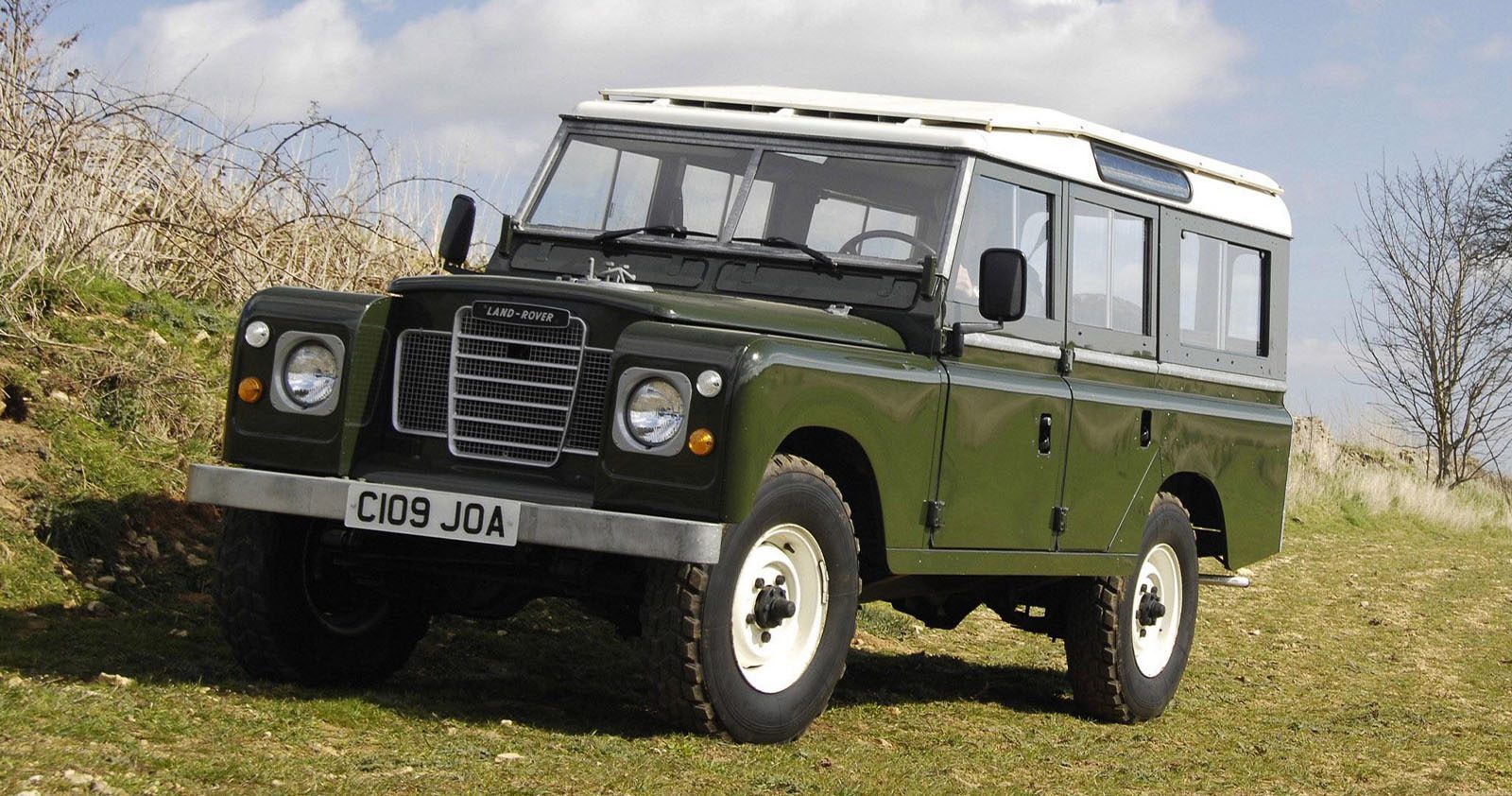 In 1971 the Land Rover Series III was introduced. It was difficult to initially distinguish Series III from the later Series IIA models apart from the compression ratios of the engines and decorative details. However, growing concern for on-board safety in the 1970s saw Land Rover interiors extensively redesigned to accommodate padded plastics.

In 1979 the first V8 engine arrived with a 3.5-liter displacement unit. The Land Rover Series III V8, also known as Stage 1, had a permanent four-wheel-drive system.

The Defender nameplate was finally adopted for the Land Rover line in 1990 which put an end to the confusion as to whether Land Rover was a make or a model. The Defender was available with 90-inch,110-inch, and 130-inch wheelbases, and Land Rover named those three different models accordingly.

The Defender was powered by a 2.5-liter 200 turbo-diesel and later replaced by a five-cylinder Td5 diesel engine in 1998

Then in the 2000s, the 122 hp four-cylinder ‘Puma’ diesel engine became the standard and was joined by a six-speed manual transmission and a more modern dashboard and safety features. In 2012 a slightly smaller 2.2-liter engine replaced the existing 2.4-liter version.

The Land Rover Defender as we knew it was sunset in 2016 after a continuous run of 67 years. The vehicle of choice for Winston Churchill, Queen Elizabeth II, and many folks across the British Commonwealth who love living in the countryside fell victim to its weary bones that couldn’t adapt to modern automotive standards.

The Natural Habitat Of The Defender

The Land Rover Defender is the best 4×4 out there for many enthusiasts. Because of this, many owners like to take their Defender back to its natural habitat and subject it to the most demanding 4×4 tests.

Another widespread use for the Defender is as an Overlanding vehicle. In fact, along with the Jeep and some Toyota off-road models, the Land Rover Defender is one of the most popular vehicles in the world of Overlanding.

The classic Land Rover Defender is an iconic vehicle with a vast history, purpose, and character that can be customized to allow owners to get the most out of their emblematic off-roader. Therefore, If you’re looking to restore or customize your classic Defender and turn it into a custom off-road masterpiece, trust only the best in the business.

A New Era For The Defender

After several decades without significant changes, this British automotive icon was reinvented into a new generation more capable than ever that defies the rules of a traditional 4×4 and redefines adventure for the 21st century.

In late 2019, after three years of suspense Jaguar Land Rover revealed an all-new generation of Land Rover Defenders. The unmistakable silhouette is familiar but reinvented. It looks rugged and yet sleek. Of course, the comparisons between this new Defender and the old Defender were not long in coming, both in styling and capabilities. But regardless of which one comes out on top, one is true; both are icons in their own right.

For the new-generation Defender, Land Rover broke the tradition of body-on chassis and switched to integrated bodywork. In addition, the rigid axles were replaced with all-around independent suspension, and now only two wheelbase lengths and closed SUV bodies are available.

The base P300 powertrain of the new generation Defender features a 296-hp turbocharged 2.0-liter four-cylinder or an optional P400 engine (turbocharged and supercharged) inline-six with 48-volt hybrid assistance that makes 395 horsepower and 406 lb-ft of torque.

Through seven decades of pioneering innovation, the Land Rover Defender has earned a unique place in the hearts of explorers, humanitarians, and adventurous families worldwide. The new Land Rover Defender upholds this legacy with proven capabilities in the harshest environments on earth and unparalleled luxury and refinement, worthy of the Land Rover dynasty.