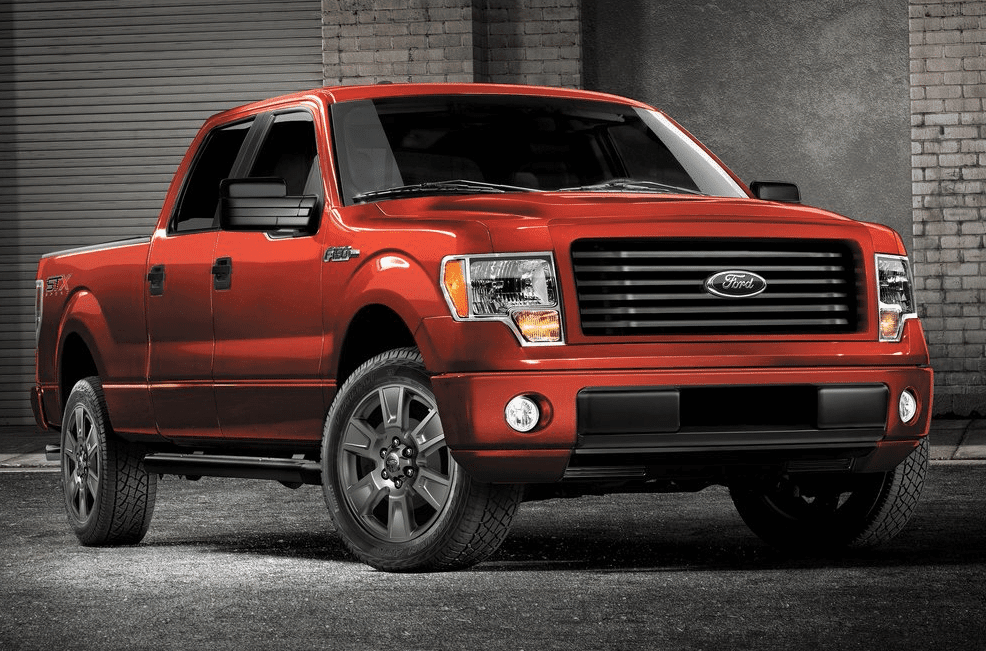 I was inside MacPhee Ford’s newish showroom in Dartmouth, Nova Scotia, last night because, well, sometimes it snows on the day I need to tow my nonexistent boat to my brother-in-law’s in order to help him move apartments while transporting my baby boy, my wife, my mother, and my dog to the beach. That’s what I’m telling myself anyhow, because I’d feel old and paternal if I said it had a lot to do with the size of the upcoming, rear-facing convertible child seat.

This glassed-in Ford palace – which costs more than a decent annual government salary to run every month – is a testament to the F-Series’ strength. Sure, there’s a small group of Fusions in one corner of the lot. (The Fusion is Canada’s top-selling midsize car.) MacPhee has decided to make a conscious effort to succeed with the C-Max even as it becomes a very rare car Canada-wide, so there are a few to be seen on the lot. Summer will inevitably bring out the Mustangs; 17-year-old Fast & Furious fans will spend some time ogling a lone Fiesta ST, too. But it’s the F-Series, the F-150 in particular, that does the heavy lifting.

You’ve heard the numbers: the F-Series generates 90% of Ford Motor Company’s global profits, Morgan Stanley says. Everything is working to the F-Series’ advantage. The current-generation truck is inexpensive to build, easily reconfigurable to appeal to completely different sets of buyers, and it’s perfectly marketed.

As a result, you don’t drive to the grocery store anywhere in North America without seeing at least a few. You’ve long since stopped noticing this omnipresence. One of the F-150’s was likely a basic rear-wheel-drive, white XL work truck with the phone company’s stickers. Another was filled with kids on the way to hockey practice. The third one, a black King Ranch, did make you take notice. The fourth, fifth, and sixth were identical blue or red XLTs, the affordable family rigs, but there was only one commuting occupant aboard.

Yes indeed, they’re everywhere. And GCBC can’t avoid pointing out this fact multiple times each month, as the F-Series leads the way in truck rankings, again when we list the 30 best-selling vehicles, and again when we rank all 20+ dozen vehicle nameplates. This goes for the U.S. standings and the Canadian results, too. But it could be argued that straight lists mask the F-Series’ dominance. It’s assumed that the F-Series will be in the top spot each month, so eyes drift directly to the second slot. The pie chart we use in our lists of the 30 best-selling vehicles allows the eye to align more closely with reality. The tables visible in this post, however, are quite a bit different.

Trucks struggled in January 2014 to match January 2013’s pace both in the United States and Canada, falling 4.5% in both countries. (Slight F-Series declines were part of the problem on both sides of the border.) But like the F-Series, the full-size truck category as a whole is a booming corner of the North American automobile marketplace. Popularity is not an F-Series exclusive. Extreme popularity, on the other hand, is something no other vehicle line can claim.