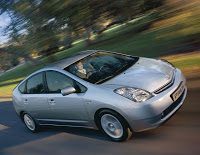 Late last year and in early 2008, The Good Car Guy handed out twenty awards. Well, let’s be honest: eight of them were shameful awards. The Good 12 and The Bad 8  place significance on vehicles that can be purchased by people you and I know – no Ferraris, Lamborghinis, or Bentleys. Of the hundreds and hundreds of different models available to the North American consumer, The Good 12 tells you which you should buy if at all possible in 2008 and The Bad 8 makes very clear which cars you should not buy if at all avoidable.

Of course, those vehicles are in the running for 2009’s Good 12 and Bad 8. If they’re still the best, they ought to be recognized that way. But before that comes, it appears that Consumer Reports has released its reliability rankings, pieces of news in which many consumers (how ironic) place a great amount of trust.
So, how do those rankings compare with The Good 12 and The Bad 8? Have a look below.
—– 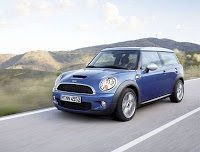 Small Cars: Consumer Reports says the Scion xD and Mini Cooper Clubman are at or near the top while the Nissan Versa sedan is the worst. The Good 12 holds fast on the regular Mini Cooper while the Versa sedan resides in The Bad 8.
Family Cars: Consumer Reports puts the Toyota Prius and Kia Optima at or near the top with the Chrysler Sebring and Dodge Avenger platform-mates at the bottom. GoodCarBadCar.net is silent on the topic.
Sporty, Coupes, & Convertibles: Consumer Reports places the Lexus SC430 and Volco C30 at the top with the Chrysler Sebring convertible and Saturn Sky at the bottom. The Bad 8 has both the Sebring and Lexus SC in its grasp.
Luxury Cars: Infiniti’s M35 and Lexus IS250 are CR’s most reliable; the V8-powered Cadillac STS and V8-powered Mercedes-Benz E-Class are at the bottom. GoodCarBadCar.net speaks neither well or ill of all four.
Minivans/Wagons: The Toyota Matrix and Scion xB are the best of the bunch in CR’s rankings, the Chrysler twins (Town & Country, Grand Caravan) are the worst. GoodCarBadCar.net is silent.
In the SUV/truck arena, the Toyota Tundra; Honda Ridgeline; Toyota Sequoia; Honda Pilot; Lexus RX400h; Honda Element, and Toyota FJ Cruiser are all leaders of their respective packs. Conversely, the Ford F-250; Land Rover LR2; Saturn Vue in V6 all-wheel drive form; Land Rover Range Rover; Volkswagen Touareg; V8-powered and diesel-fired Mercedes-Benz GL-Class; and the Dodge Dakota 4×4 are all unreliable by Consumer Reports’ standards.
One more thing: Consumer Reports also said the Honda Fit; smart fortwo; and Infiniti G35 are “also very reliable”. Those cars are in The Good 12.