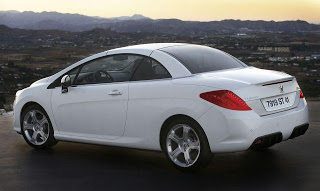 As consumers, it’s not impossible for us to accept that certain parameters must be met when designing a car. We understand that crash test safety determines some dimensions. Space for occupants plays a role. Cargo capacity must be accounted for, too. With all these things in mind, a car designer is only left with so much room.

Now add to that a relatively new concern which most car designers will have to confront before the ends of their respective careers. Most manufacturers now sell one of their mainstream cars as a hardtop convertible. Oh yes, there are certain automakers who still make hefty profits of soft top cabriolets. Aston Martin, Jaguar, and Porsche are three high-end builders who’ve not yet made the switch to retractable hardtops.
In Europe, for example, you can buy a Ford Focus in convertible form – hardtop included. Chrysler offers Floridian vacationers a hardtop version of the Sebring which has been on The Bad 8 and The Bad 8 v2.0 lists here at GoodCarBadCar.net. Mercedes-Benz really activated the trend with the SLK and SL roadsters. There are countless others.

But keeping the style of the donor car is difficult. These metal roofs take up a lot of space when folded. Not only that, if you want them to take up less space they need to be made in more pieces, creating a crease-line party on the roof. Besides, all that roof isn’t going to go in to a regular trunk, so the addition of folding mechanisms causes a rear end bulge.
However, BMW has reinvented its Z4 by switching the roof from soft to hard and – get this – designing a better-looking car. I’ll be honest, I was one of the few who thought the first Z4 was an improvement on the Z3. But this… this new Z4 which should be uglier is actually something to behold. The hard roof adds to the character of the car and the trunk slopes sharply downward. How’d they do that?
The Z4 is now a member of a rare breed: hardtop convertibles with pleasant profiles. With Benz’s SLK and SL, the Mazda MX-5 PRHT and perhaps a few others, BMW says it can be done. 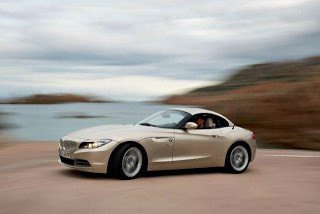