30,000 recent-model BMW’s will be recalled because of stalling. X5’s, 5-series’, and 6-series’ cars with BMW’s 4.8L V8 from model year 2006 and 2007 are susceptible to interrupted fuel delivery. Cool and dry conditions are the lead-up to the problem. BMW dealers can fix the problem quickly and without charge, so if you think your car is a potential problem vehicle, contact your BMW store.

The hybrids at the LA Auto Show seem so large. Chevy’s Tahoe Hybrid won the Green Car of the Year award, Mercedes hybrid debut is of its largest sedan, and Porsche showcased its Cayenne hybrid in America for the first time. Porsche wants to see a 26mpg rating from its Cayenne in addition to lower emissions. The big news relative to Porsche’s first hybrid is its strong battery power.

Porsche believes that while cruising, the engine can be automatically shut off at speeds as high as 75mph, approximately 45mph higher than other hybrids. What Porsche fails to tell you is that other hybrids are often incapable of holding those speeds on battery power alone because of the “perfect storm necessities”. Did your Prius just climb a steep hill with air-conditioning after a 3 hour drive with little braking? Then it won’t hold 30mph using batteries alone. 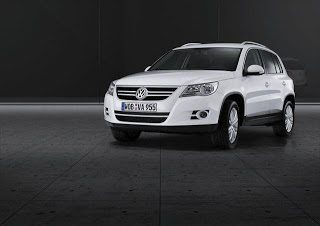 Volkswagen’s production Tiguan is handsome and not terrible expensive. To be truthful, I expected it to be ill-proportioned and overpriced. 2.0L and a turbo form the base engine, which, along with a 6-speed auto or manual, create a suitable GTI-inspired powertrain. The $22,490 USD base VW Tiguan won’t include 4Motion all-wheel drive, but it will carry six airbags. RAV4’s and CR-V’s priced lower than $22,490 are also less powerful than the Tiguan.