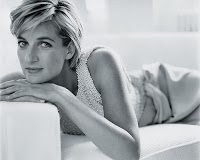 FAMOUS MERCEDES SOON TO BE CRUSHED

Diana, the late Princess of Wales; ex-wife of the next King of England, died in a car crash in 1997. In a massively expensive and extremely lengthy inquiry, an attempt has been made to determine the foundational elements that led to a paparazzi chase. Along with Diana, her boyfriend Dodi Al-Fayed and the driver of the Mercedes-Benz S-class, Henri Paul, also died.

The S280 hit the thirteenth pillar in a Paris tunnel. Damage was severe enough to presume nobody could ever survive, although Dodi’s bodyguard did. Etoile Limousine still owns the vehicle but is expected to give the Metropolitan Police the go-ahead to crush the remains of the S-class.
Presently, its ‘twisted remains’ are spread through two containers in South London, where it’s been since 2005. Conspiracy theories, considered more than likely by Dodi’s father, led not only to the inquest but may also slow down the crushing. Could there be an appeal?
Mercedes-Benz played a role in assessing the damage of this S280. Discovering the speed at which Henri Paul was driving necessitated crash testing of other older S-classes. The S280 was a 190 horsepower, 199 lb-ft inline-six powered luxury sedan, now three generations old.