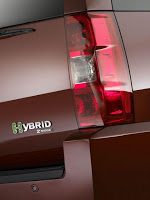 ED PEPER AND TAHOE HYBRID ON CNN AM

Kiran Chetry didn’t exactly nail Chevrolet boss Ed Peper in any sort of Stephen Colbert fashion. It’s not as if CNN’s American Morning or others of its ilk is the place for testing the mileage claims of General Motors’ most talked about SUV of the year. On the other hand, the moment where Kiran asked Mr. Peper about this 30 miles on electric power only and he confirmed it struck me as beyond odd and misleading.

Possible? Perhaps in a controlled scientific atmosphere. Any serious amount of throttle, the sort of throttle one needs to merge with traffic, powers up the Tahoe’s V8 to the tune of at least 4, but more likely 8 cylinders.
Check out The Good Car Guy’s test drive of the Chevrolet Tahoe Hybrid right here, or read about dinner with Mr. Peper with a click 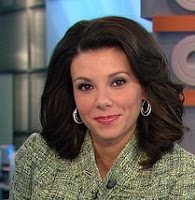 Ed Peper is a relatively straight talker with a kind and considerate manner-of-speaking. He’s a great representative for General Motors and a believer in his brand. On the other hand, Peper didn’t make use of aggressive driving maneuvers while merging the Tahoe Hybrid into a traffic circle outside CNN’s New York studios.
Therefore, he was very able to keep the Chevy silent.  The “few” trips Kiran Chetry hoped to make around the circle before the segment ended turned out to be less than one circle.
Also, while Mr. Peper and GM love to point out that the Tahoe Hybrid falls into the price range of normal Tahoes, there’s no denying that financial savings can be had with a basic Tahoe (about $35.6k) and its greater fuel consumption more easily than with the $50K Tahoe Hybrid and its impressive fuel savings.