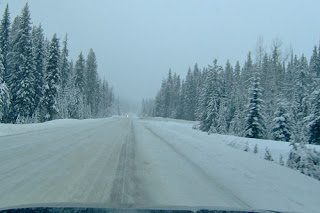 BusinessWeek’s automotive section recently showcased winter’s best automobiles. Along with the vehicles brandished ↓ and in Part I, BusinessWeek provided some interesting statistics. 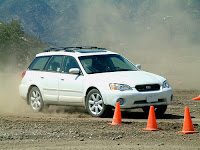 VOLVO XC70: BW says: “Ground clearance is almost three inches higher than the V70 wagon, and only a fraction of an inch less than the more imposing Volvo XC90 SUV.” TGCG says: “The previous XC70 was the most comfortable vehicle I’ve ever spent a weekend in, a weekend with snow and sun. I expect nothing less from the new Cross Country.”

AUDI A6 AVANT: BW says: “Besides Audi’s Quattro all-wheel-drive system, the A6 Avant has headlight washers. Standard equipment includes heated front seats and heated exterior mirrors. A cold-weather package of options ($600) includes heated rear seats, a heated steering wheel, and a removable ski sack to keep melted snow from dripping in the rear cargo area.” TGCG says: “Much as I love the headlight washers, I stick to the imposing appearance and impressive capabilities as reasons for making wintry use of an A6 wagon.”

TOYOTA SIENNA: BW says: “The Sienna is rare among minivans in that it has all-wheel drive in its highest trim and equipment levels.” TGCG says: “You and your’s and their’s and their stuff will fit comfortably and possibly unaware of the peril outside.”

TOYOTA FJ CRUISER: BW says: “Toyota says the FJ Cruiser is the most capable off-road SUV in the Toyota lineup.” TGCG says: “That lineup is freakin’ full of SUV’s, too. Put a plow on the front and take care of every driveway in the neighbourhood. So cool.”

RANGE ROVER: BW says: “With a single knob, the driver can select one of five modes, depending on the road (or off-road) surface: general, for everyday pavement; grass/gravel/snow, for slippery conditions; sand; mud and ruts; and “rock crawl.” The system governs throttle response, automatic transmission operation, electronic differentials, antilock brakes, the air suspension, traction control, and hill descent control.” TGCG says: “It may be the world’s most impressive all-around vehicle… the Queen seems to think so.”

hich cost extra.” TGCG says: “The Vue is almost cool now, but not if the badge lacks the V6 and AWD alphanumerics.”

TOYOTA TUNDRA: BW says: “Something called the Tundra better be able to go (and stop) in the snow, and with optional all-wheel drive this pickup certainly has the right equipment, subject to proper tires.” TGCG says: “The Tundra is fast, and will accelerate almost as quickly in slippery conditions when badged 4×4. But be careful, you’ve many thousands of pounds to slow down.”