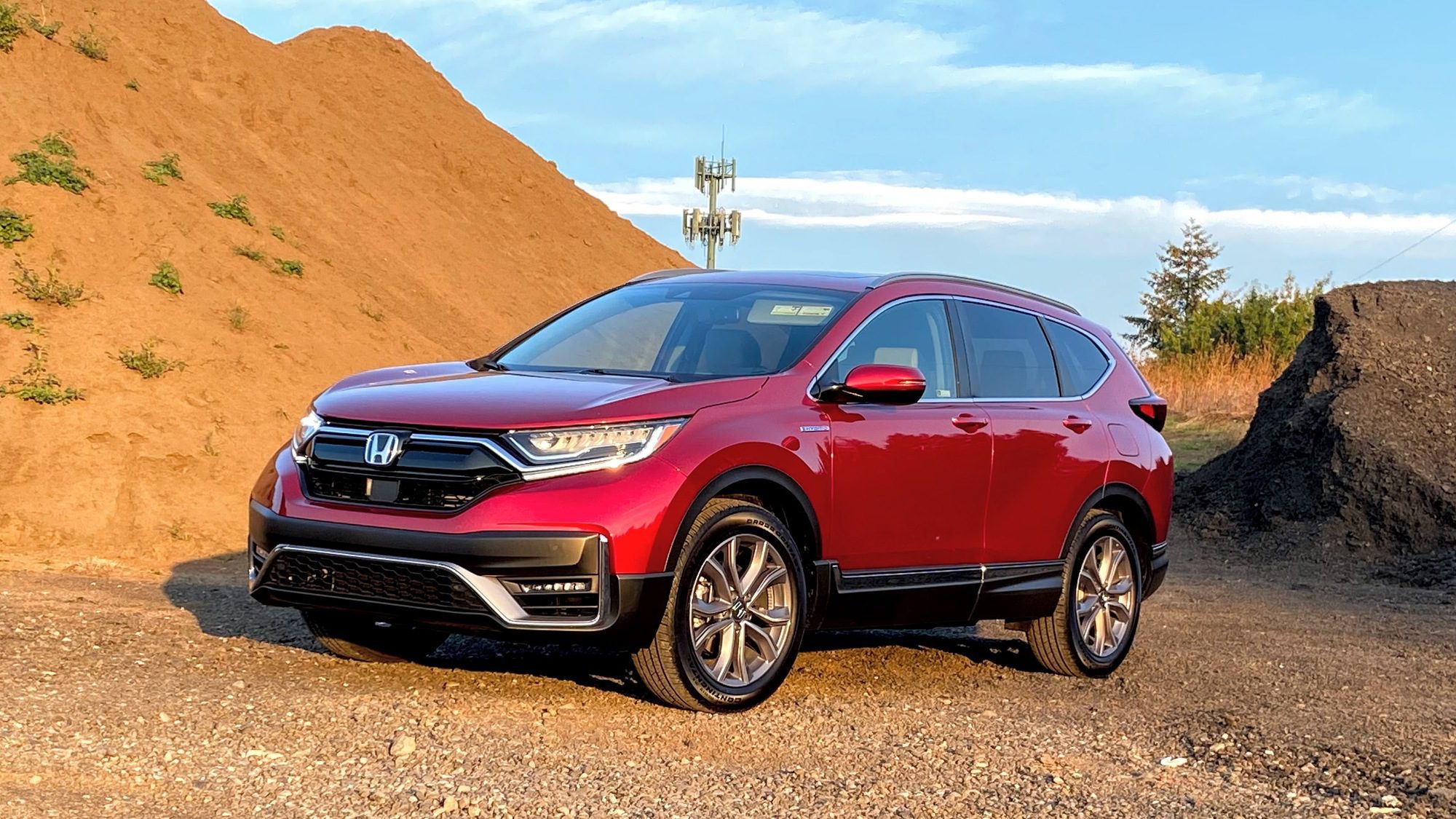 It’s not news that SUVs have taken over the automotive market. You can find them of all sizes and with very different approaches, from those that opt ​​to be alternatives to family cars to others that take a sporty approach (without forgetting those with authentic 4×4 capabilities, of course). There aren’t many hybrid options in the SUV segment; however, the offering has slowly expanded over the years.

Although manufacturers are now betting on plug-in hybrid technologies (PHEV) in a segment dominated by bulky and heavy vehicles, today’s list doesn’t include plug-in hybrids. Instead, the models below charge their batteries during the braking and deceleration phases of the car.

It’s also worth mentioning that we also left out light hybridization (mild hybrid technologies). Although this type of hybrid powertrain is more affordable thanks to its smaller batteries, it’s not capable of moving the car by itself. Without further ado, let’s get to the list. 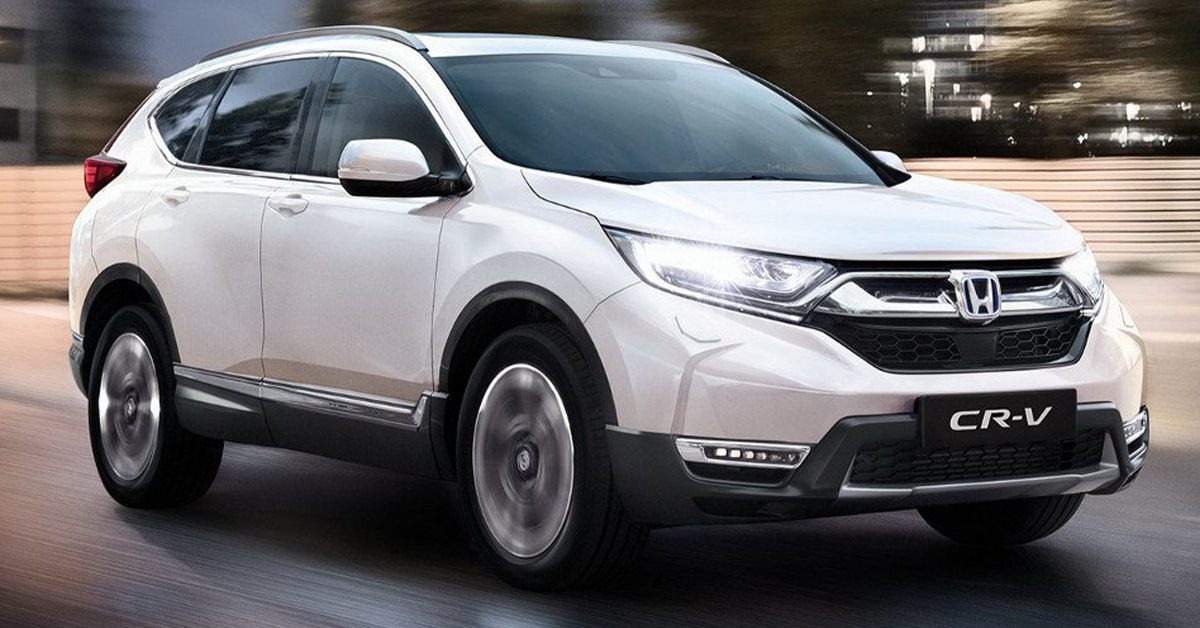 With the fifth generation Honda CR-V, the company bets on a propulsion system that differs from what other brands (and even Honda themselves) have used in the past.

There are no design differences from the gasoline version beyond the logo on the boot lid and its interior (where we find a selector switch and new screens on the instrumentation panel). The system battery on the rear axle also limits the trunk to 497 liters of capacity (vs. 561 for the ICE models).

This hybrid CR-V is powered by a 2.0-liter four-cylinder engine and a small electric motor that together deliver 180 hp and 232 lb-ft of torque.

The Honda Sensing system in the CR-V offers more advanced active safety technologies to help you with driving and road safety. In terms of amenities, you get features like Apple CarPlay and Android Auto, Bluetooth streaming audio, a 7-Inch Display, and HondaLink. 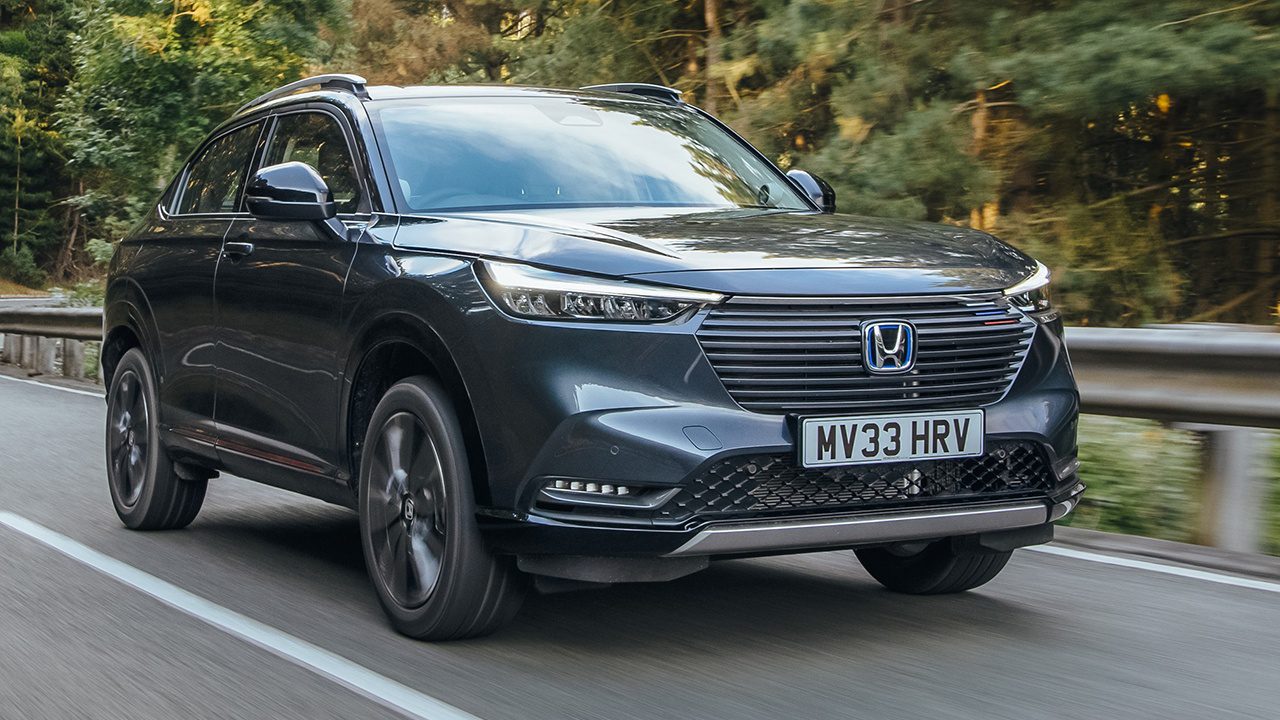 Unlike its predecessor, The third-generation Honda HR-V is only available as a non-plug-in hybrid (e: HEV); however, the dimensions hardly change. Moreover, the space in the rear seats makes the HR-V a better alternative than its main competitors, the Kia Niro and Toyota C-HR.

In the cabin, Honda designers have opted for horizontal lines and clean surfaces, with few buttons on the center console and a 9-inch touchscreen for the infotainment unit that offers screen mirroring. It is also compatible with Android Auto and Apple CarPlay.

Under the skin, the HR-V comes with a 1.5-liter gasoline engine, an electric motor, a generator, and a lithium-ion battery. Together, they deliver 131 horsepower sent to the front axle via a CVT gearbox and three operation modes: Electric, Hybrid, and Engine. The first is optimal at low speeds, while the second and third are best when you need more power. 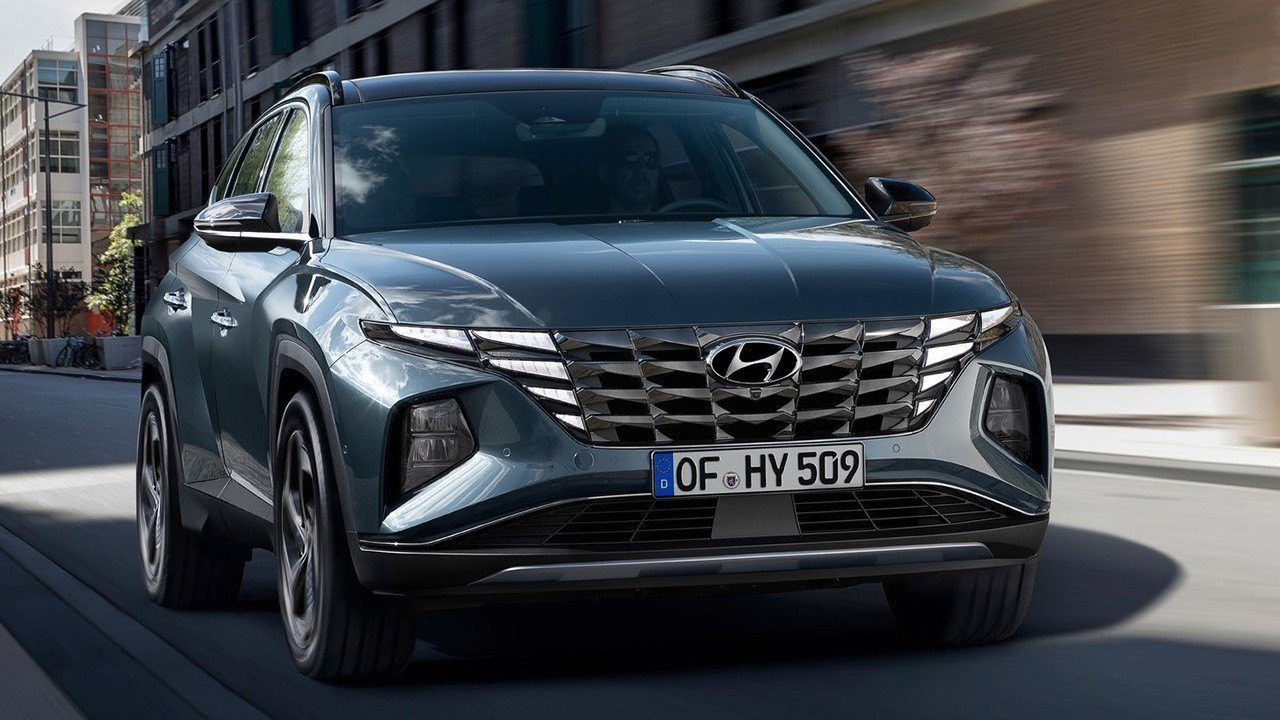 The Tucson HEV is perhaps the most exciting variant of the 2021 Hyundai Tucson lineup. It achieves lower emissions than mild hybrids (especially in the city), has acceptable performance, and is not dependent on a plug.

The aesthetic follows the same philosophy as the rest of the lineup with hardly any variations. The boot features 616 liters of capacity—4 less than gasoline engines but more than the diesel, the mild hybrid, or the plug-in hybrid.

It comes with standard front and all-wheel drive and a driving mode selector that improves the vehicle’s mobility depending on the surface you’re driving. 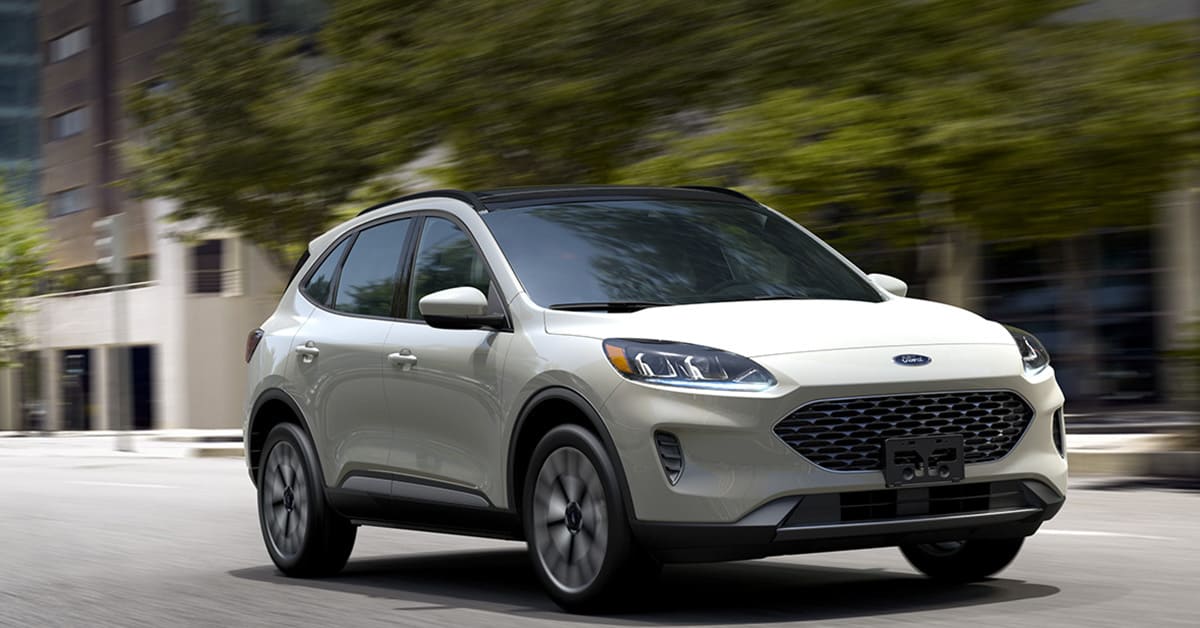 The Ford Escape Hybrid was developed on a recent Ford platform called the C2, which was also used for the new Focus and the Bronco Sport. The new electrified generation of the Ford Escape comprises the SE Plug-In Hybrid and the one we are reviewing today (the SE Hybrid).

Sorry to disappoint you, but in the Escape SE Hybrid, you won’t find the EcoBoost engines in the gasoline-powered Escape. Instead, you’ll see a 2.5-liter Atkinson cycle naturally aspirated engine, providing 162 hp and 153 lb-ft of torque.

This model has an automatic transmission that can deliver power to the front wheels or provide optional 4WD. The rear axle activates if the front loses grip. 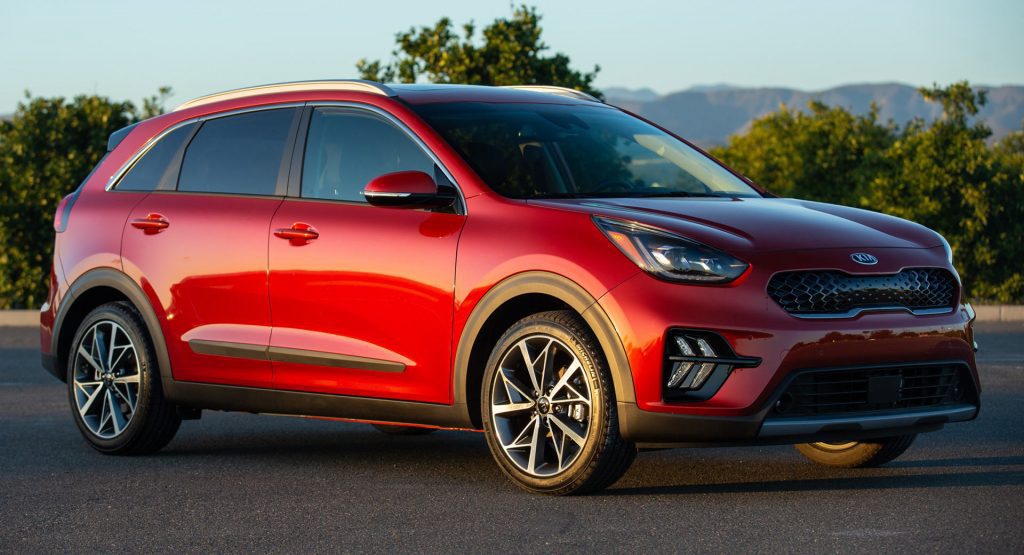 In terms of technology and entertainment, the Niro hybrid comes with a 6-speaker sound system, wireless smartphone charger, remote engine start, a USB charger on the armrest, and monitoring of the hybrid system in the information cluster. In addition, its 10.25″ touch screen integrates information and connectivity functions such as Android Auto and Apple CarPlay or the reverse camera with dynamic lines in the technology area.

Safety is another aspect Kia has covered well here. Features include airbags, ABS brakes, an ISOFIX system, hill start assist, brake assist, and an electronic parking brake, to name just a few. In addition, it has a virtual sound emulator for pedestrians that warns them of the vehicle’s presence.

The Lexus NX is the premium alternative to the Toyota RAV4. Both are built on the TNGA-K base and have optional all-wheel-drive. The NX also benefits from more standard and optionally available equipment than the RAV4 and a more comprehensive set of driving assistance systems. In addition, the NX boasts a hybrid powertrain of 194 hp and 152 lb-ft of torque.

Inside, the NX features a 7-inch instrument cluster complemented by an optional 10-inch Head-up Display (HUD). We particularly like the standard 9.8-inch touchscreen infotainment system with wireless connectivity for Apple CarPlay and Android Auto. 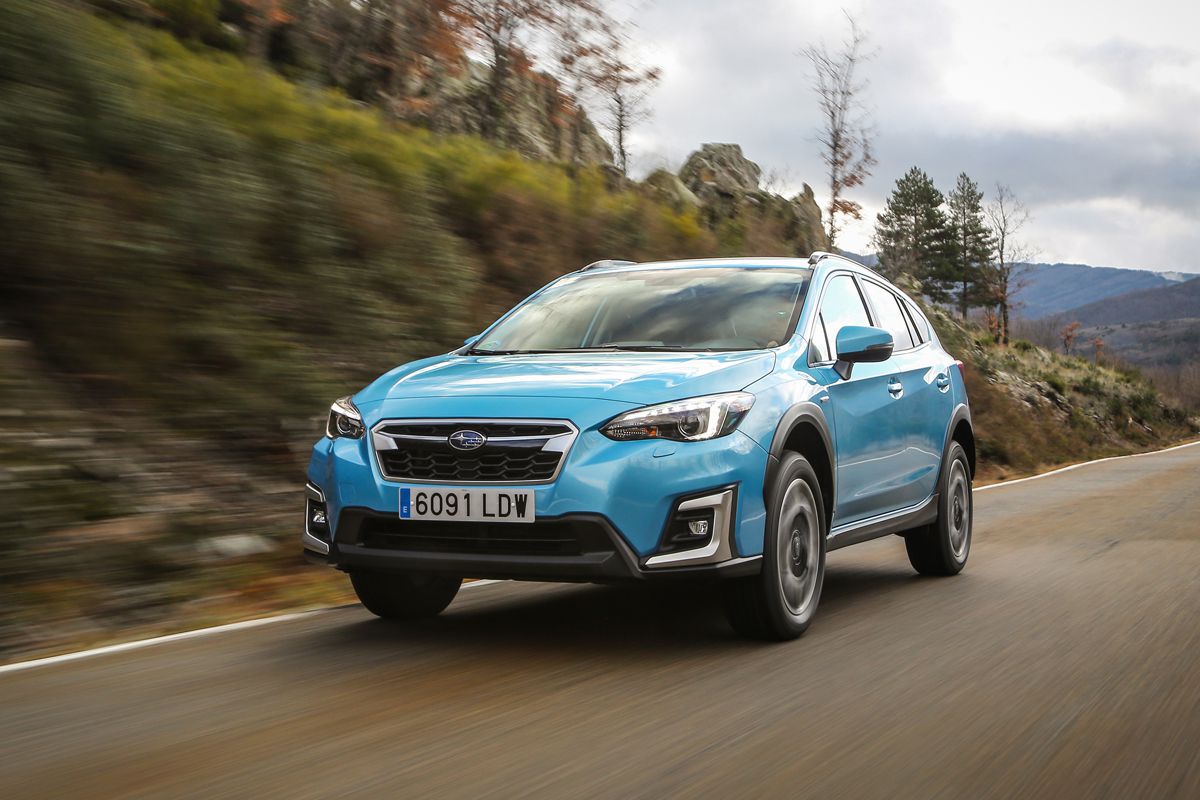 Subaru vehicles are distinguished by their off-road capabilities, and the XV Hybrid is no exception. This car maintains that seal of identity and tries to maximize fuel economy; whether in the city, on the highway, or in dirt tracks, the XV Hybrid seeks to be effective and efficient.

The new XV Hybrid is not the company’s first hybrid. There was a previous generation model for a short stay, but this model is considerably more serious.

Under the hood is a modified version of the standard 2.0-liter four-cylinder engine. For the electrical portion, it comes with two motors and a 13.5 kWh lithium-ion battery pack.

Altogether, the total power is 150 hp and 139 lb-ft of torque, more than enough to perform well on any surface. Moreover, the XV Hybrid distinguishes itself in its segment for offering decent off-road and bad-weather abilities, thanks to its 220-millimeter ground clearance and four-wheel drive.