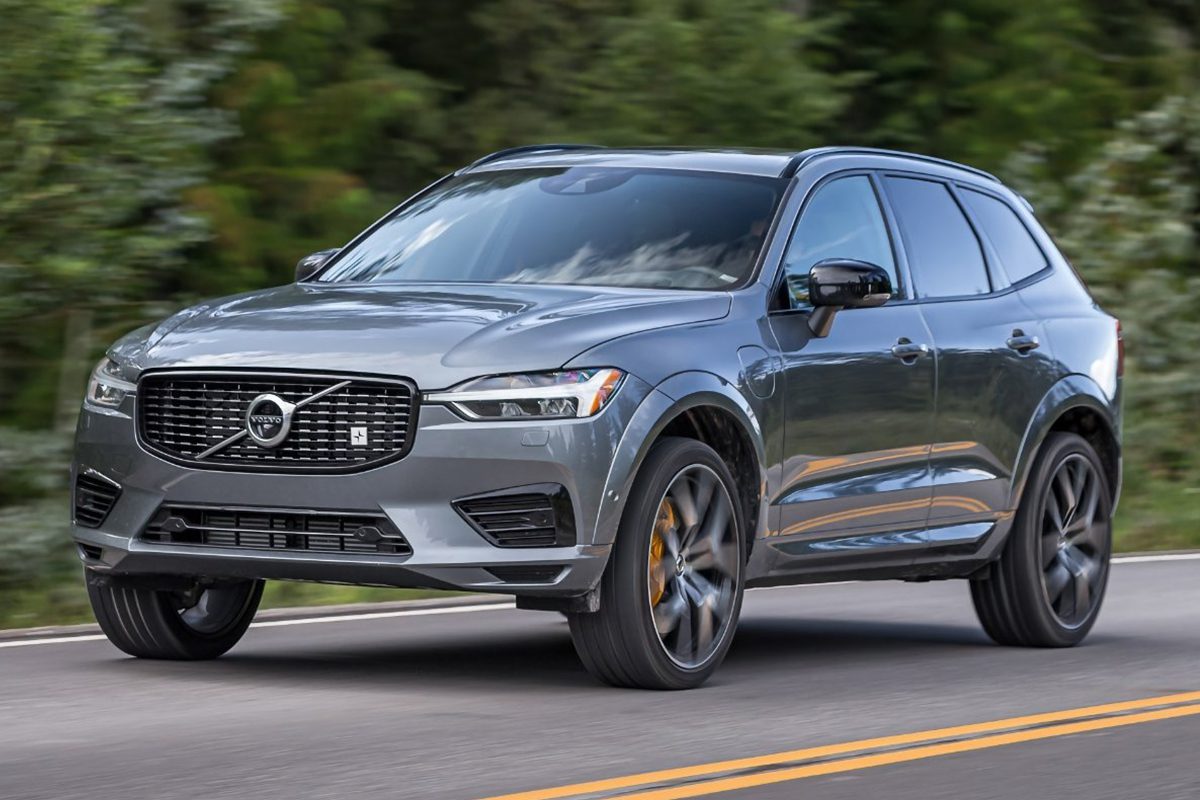 The segment that offers the best of both worlds

[RANKED] THE BEST HYBRID CARS YOU CAN BUY RIGHT NOW

Plug-in hybrid cars represent the intermediate point between internal combustion mechanics and pure electric ones, taking the best of both worlds and considering the state of development of the current charging network, perhaps they are becoming the most interesting purchase option today behind fully-electric vehicles.

For this reason, we have immersed ourselves in this new and exciting way to find the 7 most attractive PHEV cars you can buy right now. And instead of looking only at those that stand out for the power of their propulsion system, their features, autonomy in electric mode, or fuel consumption, we took a broader approach to consider all the characteristics of each candidate.

Some of the selected models present propulsion systems in modest figures, although they’re also very interesting, with a range of use in electric mode of around 31 miles and contained fuel consumption. Having made this point, it’s time to discover the 7 best plug-in hybrids of the moment. 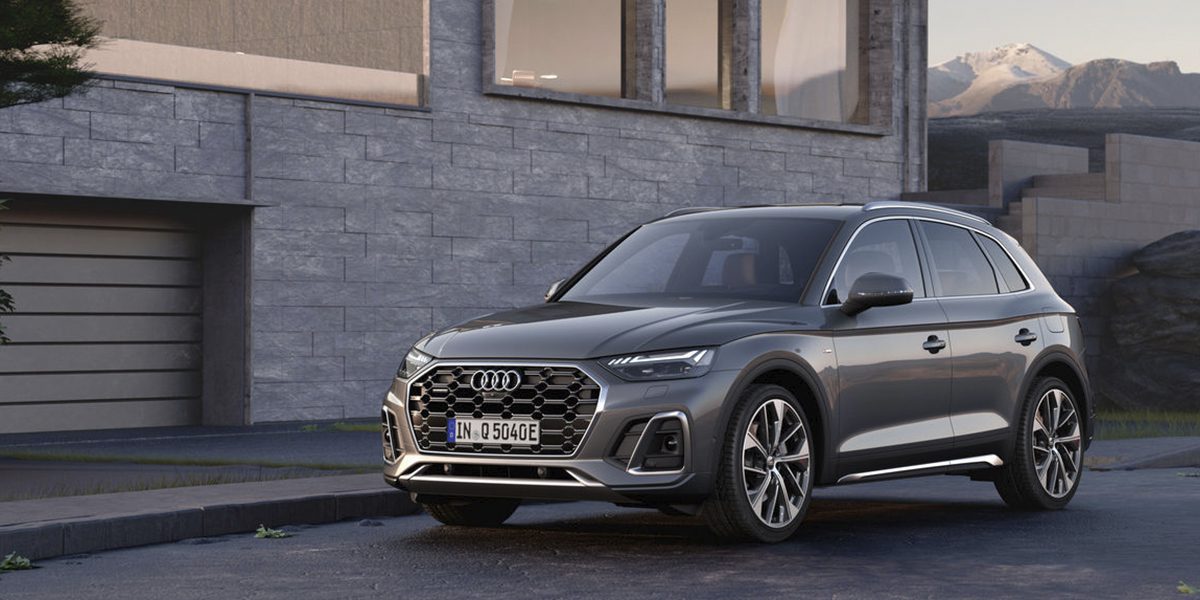 Audi uses the TFSI e nomenclature to identify the plug-in hybrid versions of its models. With the Audi Q5, there are two versions with this technology, one with 299 horsepower (50 TFSI e) and the other with 367 horsepower (55 TFSI e). Both have an electric range of 38.5 miles and are also available with the Sportback body.

The electric range of 38.5 miles is notably higher than that of the previous Q5 TFSI e that ran 28 miles without using fuel. The gain is because Audi now uses a higher capacity battery, with 14.4 kWh useful (17.9 kWh gross), while in the previous one it was 14.1 kWh gross.

The battery is recharged with alternating current to a maximum power of 7.3 kW. At that power, recharging takes, according to Audi, two and a half hours. With the power normally supplied by a household plug (2.3 or 3.7 kW), the times will be approximately eight and five hours, respectively.

Both versions have the same gasoline engine, the 265 horsepower 2.0 TFSI, and the same battery. Therefore, the difference in maximum power is achieved with the contribution of the electric motor. Traction is all four wheels (Quattro-ultra).

Available trim levels are Basic, Advanced, S line, and Black Line. The 55 TFSI e version is only for sale with the last two. 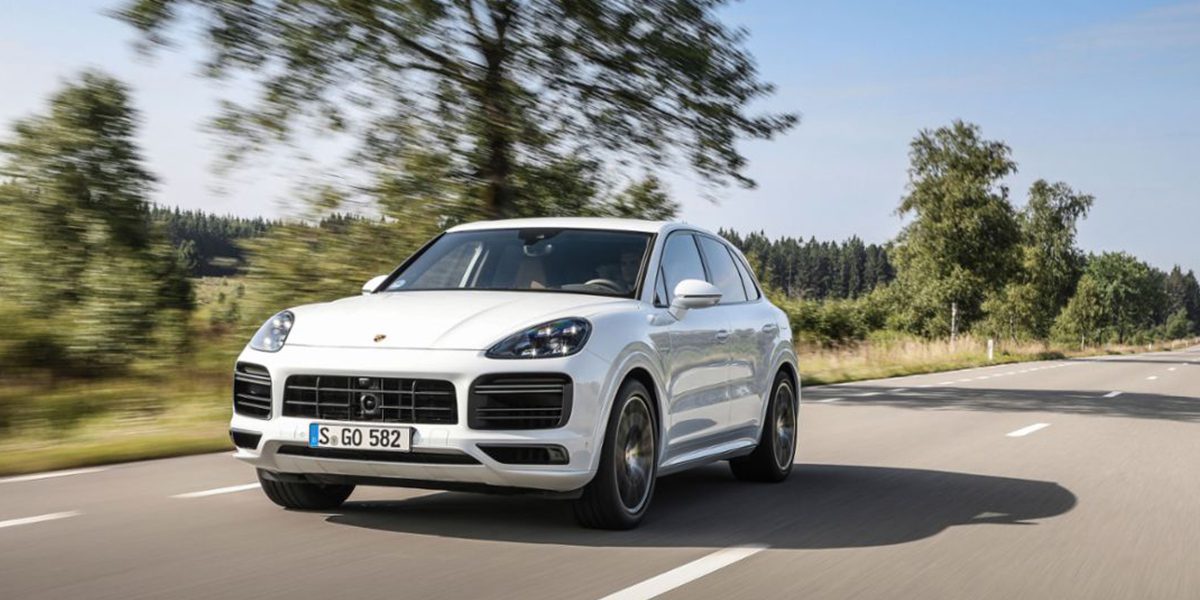 Porsche Cayenne E-Hybrid, one of the most fun and exquisite SUVs with its handling, receives an interesting change in its powertrain, as the firm endows it with a larger battery that results in an increase in autonomy.

For 2021, the Cayenne comes equipped with a 17.9 kWh high-voltage battery that replaces the previous 14.1 kWh battery, resulting in an autonomy increase of up to 30%.

Measured with the WLTP EAER city cycle, the new Cayenne E-Hybrid can now travel up to 30 miles on a single charge, while the Turbo S E-Hybrid offers up to 26 miles.

The new Porsche Cayenne E-Hybrid is powered by a 3.0-liter turbocharged V6 with a total output of 462 horsepower between the two engines. While in the Turbo S E-Hybrid version comes with 4.0-liter, 680 horsepower bi-turbo V8 engine.

The purely electric powertrain of all Cayenne plug-in hybrid models, including the coupe version, comprises an electric motor integrated into the Tiptronic S eight-speed automatic transmission.

This powertrain delivers 136 ponies and 295 lb-ft, generating a purely electric top speed of 135. Any increase in the driver’s power demand or change to Sport or Sport Plus driving modes activates the internal combustion engine in each model. 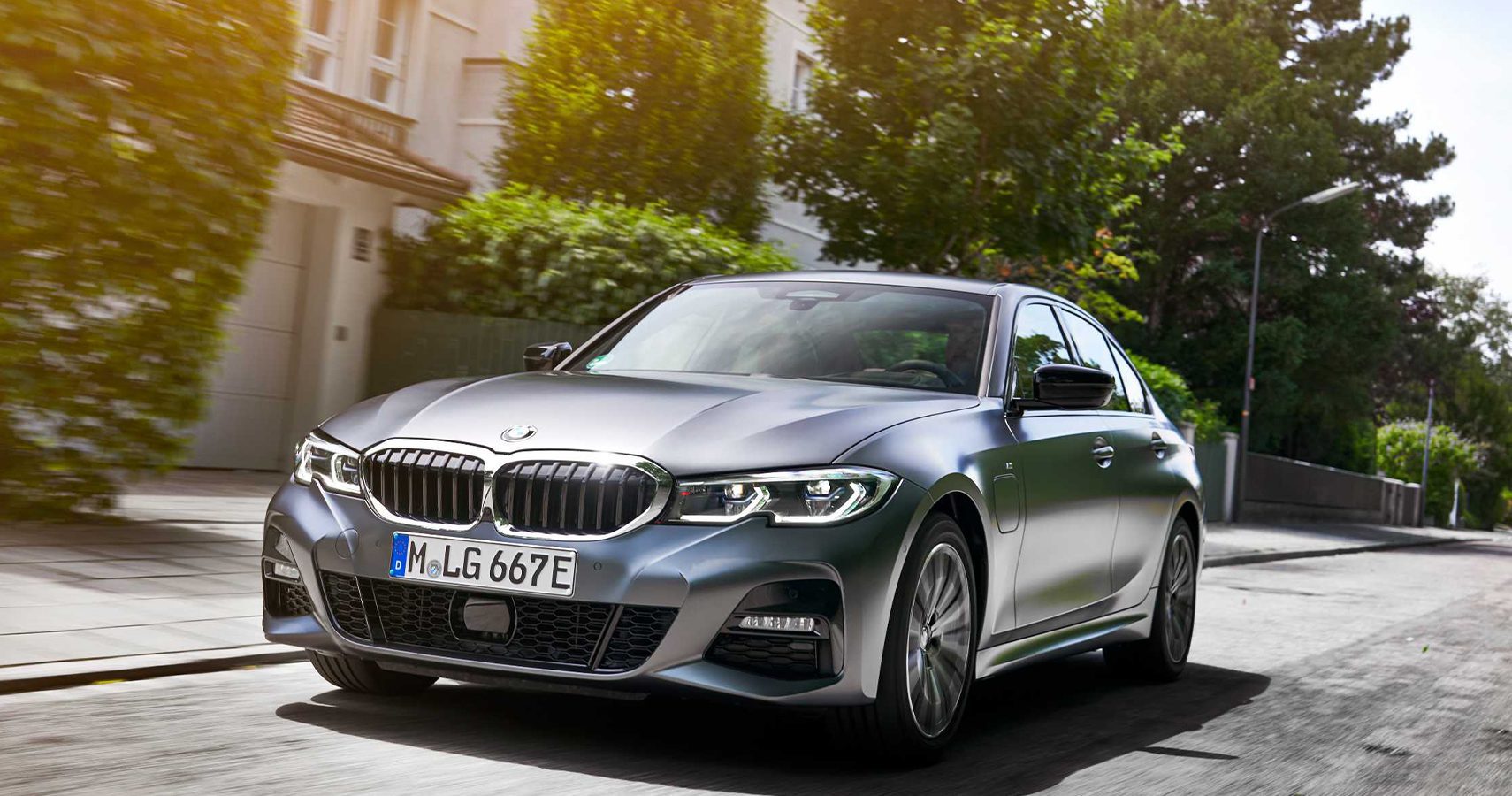 BMW is actively working on the electrification of its portfolio: they already have the i Range, but this transition towards electric mobility also contemplates their hatchbacks, sedans, and SUVs. With the 330e, the plug-in hybrid variant of the Series 3, BMW completes the offering of its midsize sedan.

The 330e is based on the same variant equipped only with a combustion engine. Here, it has a 2.0-liter TwinPower turbo gasoline engine that develops 184 horsepower and is mated to an electric motor that delivers another 113 ponies. Together, the two engines deliver 252 horsepower (the same power as the conventional gasoline version) and are paired with an 8-speed Steptronic automatic transmission. In addition, the XtraBoost function provides 41 extra horses for 10 seconds by activating the Sport driving mode, so it reaches up to 292 horses in acceleration.

As with the rest of BMW’s lineup, the M Sport package is available, with adaptive suspension and higher-performance brakes. Of course, the focus here is on efficiency, and according to official figures, the 330e’s greatest attribute is low consumption despite being a relatively heavy car. And like all plug-in hybrids, it also has a 100% electric operating mode, with a range of up to 41 miles and a limited top speed of 87 mph. 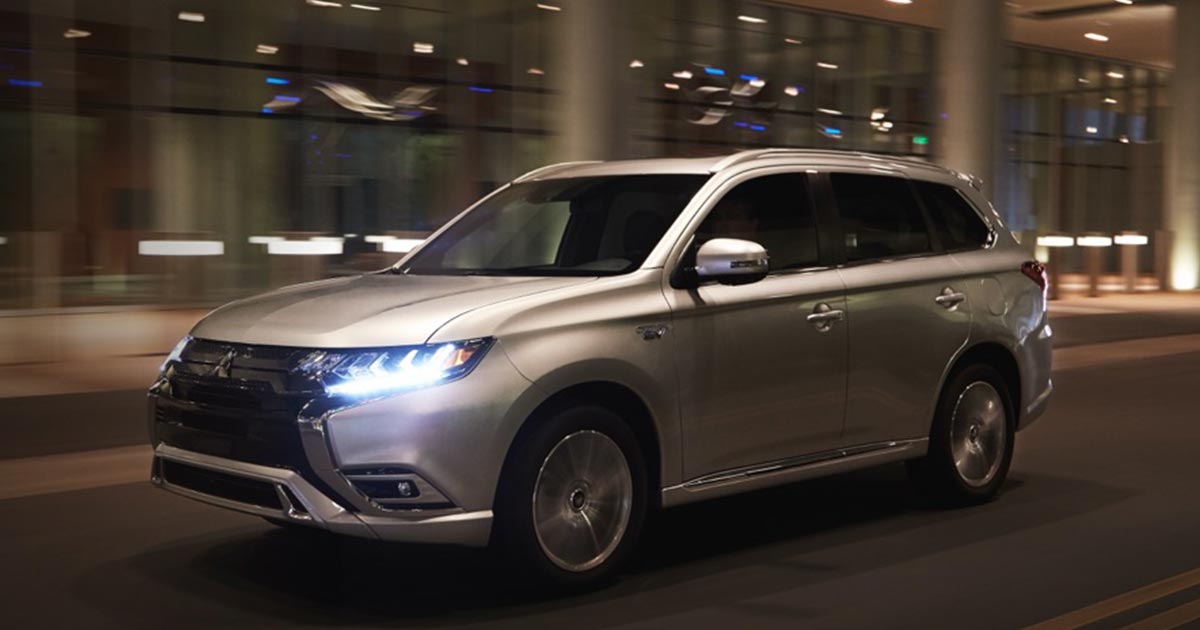 Mitsubishi is one of the most successful manufacturers in the world in terms of electric mobility, and Outlander PHEV has become a cornerstone of the manufacturer by being the pioneer of the segment.

Inside the Outlander you notice that the dashboard is out of the ordinary by not having a rev indicator which was replaced with a meter that will keep you informed about the triple personality of the car: combustion, hybrid and electric.

The Outlander has a 117 horsepower 2.0-liter 4-cylinder engine, assisted by two electric motors (one on each axle) that offers 197 horsepower. The lithium-ion batteries have a capacity of 13.8 kW, to offer you around 31 miles of range in electric mode in the best driving conditions, and in 100% EV mode it reaches up to 74.5 miles.

The first thing we must clarify is that, despite being electric, we will not find that exciting acceleration typical of EVs, but we must admit that overall, the delivery of power is acceptable. MINI has revamped the Countryman with a design update and the addition of more equipment and technology and minor changes on a technical level.

The exterior of the new MINI Countryman is aesthetically different by new bumpers, and changes in the lower part of the grille, new LED fog lights, the air curtain on the flanks of the bumper, and its signature LED headlights. New wheel designs and a Piano Black cosmetic package with black trim are also available.

The new Countryman debuts a new fully digital instrument cluster with a 5-inch screen that adds a more technological and modern touch. In the center console, we find an 8.8-inch screen, a multimedia system compatible with Apple CarPlay, and new MINI Connected functions via the Internet.

The MINI Cooper SE Countryman ALL4 features a 1.5 3-cylinder gas engine that sends the power to the front wheels, and a synchronous electric motor that acts on the rear wheels to generate a total power of 220 hp. Having a motor on each axle results in an ALL4 all-wheel-drive system mated to 6-speed Steptronic automatic gearbox.

The battery has lost a bit of gross capacity, going from 10 to 9.6 kWh, but the autonomy in electric mode has increased from 28.5 to 34 miles in WLTP combined cycle.

Volvo aims for 100% of its current portfolio to have a plug-in hybrid variant or Mild Hybrid, before migrating to fully electric hence the introduction of the S60 Recharge with PHEV mechanics.

Under the hood of the XC60, there’s a 2.0-liter turbo four-cylinder engine capable of generating 318 horsepower, complemented with an 87-horsepower electric motor, and mated to an eight-speed dual-clutch automatic transmission. The combined power of both engines is 405 ponies and 472 lb-ft of torque, offering plenty of power in the SUV segment.

The power is sent to all four wheels to accelerate from 0 to 60 mph in 5.5 seconds and a maximum of 11 mph. The range of autonomy that it boasts is up to 28 miles in 100% electric mode. 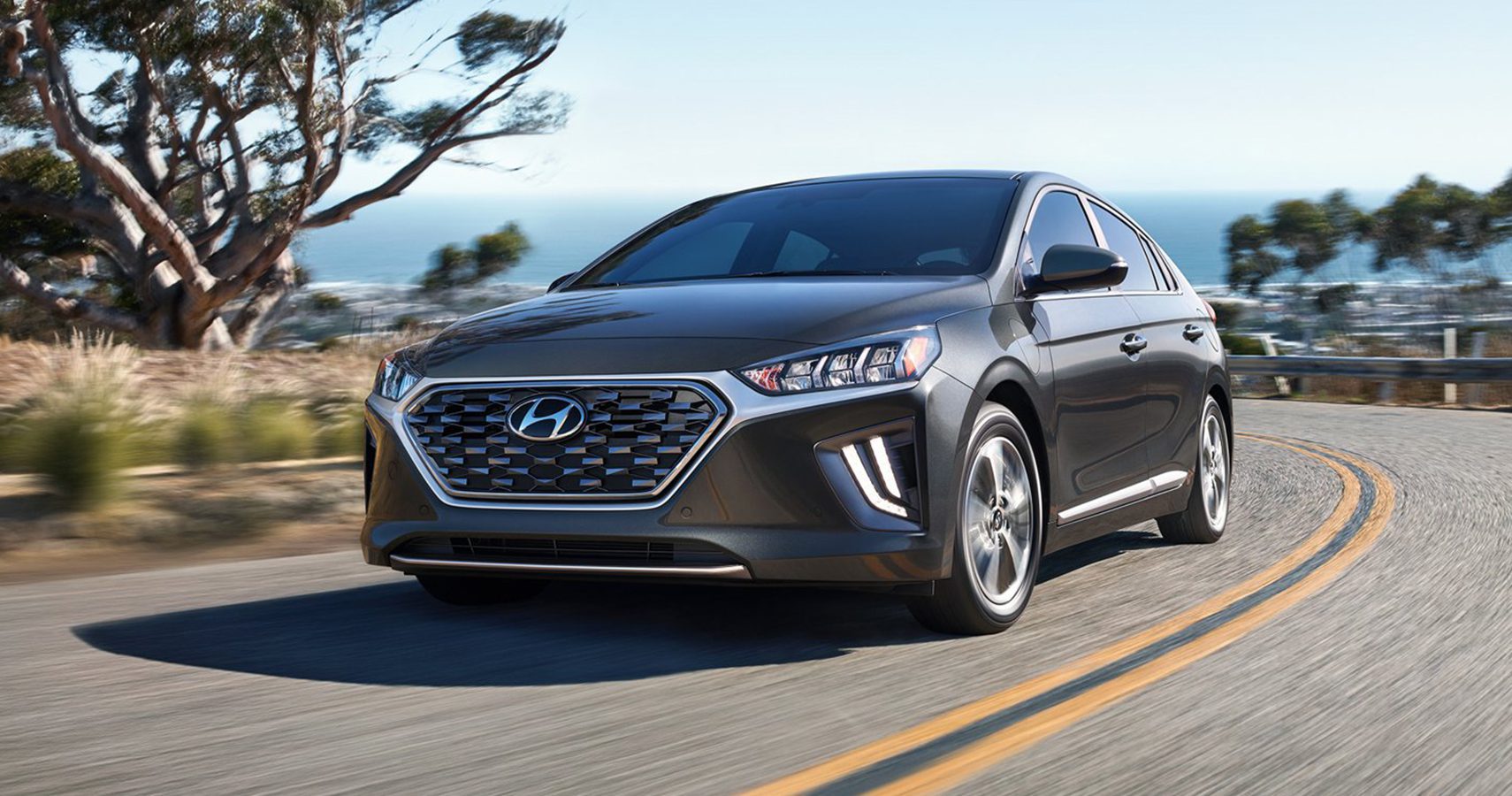 The problem with PHEV vehicles, most of the time the key is in the combustion engine: either too small or too big and thirsty. That balance is what brands must achieve for a plug-in hybrid to be a winning option.

And it’s the weight of the batteries that causes that natural imbalance compared to a car with a common combustion engine. If you put an engine too small, the car will drown and besides a loss in performance, consumption will also suffer.

With the Ioniq PHEV, we get a super-efficient electric motor, with 45 kW of power equivalent to 61 horsepower. This electric motor is powered by a small battery with a capacity of 8.9 kWh that does not add too much weight to the set but achieves great efficiency, allowing a real electric range of 32.3

The car recovers energy very efficiently and even though an insufficient electrical charge appears on the display for 100% electric use; the system saves a good part of that electricity to use it in practically all starts.

Under the hood, we find a 1.6  four-cylinder turbo engine that generates 105 horsepower and 108 lb-ft of torque.