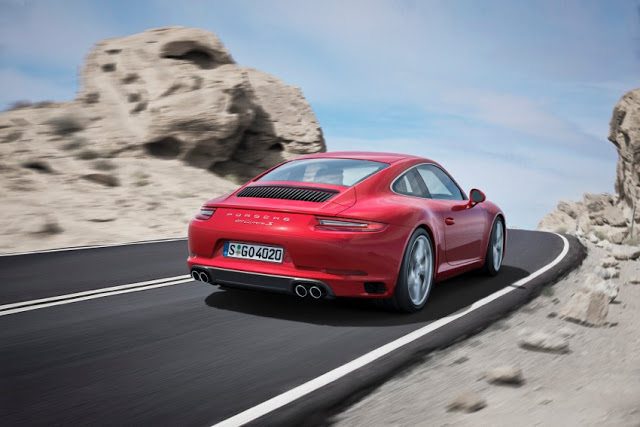 FUTURE
GoodCarBadCar briefly covered the release of the new, 2017 Porsche 911 last night with a look at the current car’s sales performance in North America and plenty of pictures.  For more detailed coverage of the car itself, read up at CAR Magazine, evo Magazine, and Car & Driver.

INSIDE THE AUTO INDUSTRY
Reuters reports on the most significant GM sales decline in China in five months. The rapid expansion of the Chinese auto market has certainly come to an end, but there’s more to the story than simply aligning GM’s decline in the tremendously important Chinese market with an overall decline. Toyota, Honda, and Mercedes-Benz all posted improvements.

REVIEW
Do you want to drive a BMW 3-Series with a three-cylinder engine? Maybe you ought to give it a try before you write it off as untenable.

RECALL
FCA is recalling 158,671 Jeep Grand Cherokees (model year 2014) because, “Use of the front windshield wipers on dry glass may cause damage to the body control module.”

FCA is recalling 7810 brand new Jeep Renegades (model year 2015) because, “the affected vehicles are equipped with radios that have software vulnerabilities that can allow third-party access to certain networked vehicle control systems.”

Nissan is recalling 298,747 Versa sedans (model years 2012-2015) and Versa Notes (model years 2014-2015), because the center console trim panel, “may catch the driver’s shoe and delay the transition from the accelerator pedal to the brake pedal.”

Nissan is also recalling 1554 Armada SUVs (model year 2015), because they, “may have been built with driver or front passenger seat belt assemblies that may not properly latch or that may not unlatch when the release button is pressed.”