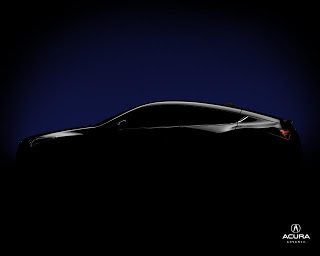 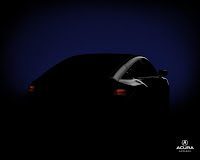 Acura chose one of The Good Car Guy’s most unloved automobiles as a jumping off point for their ZDX concept. Acura managed to bellyflop this one.

Perspective then, please. Of late, Acura design has been on a nosedive. The TL’s grille is outlandish. The RL is an amazingly dull car that’s been sprayed with a facelift only the TL could love. At the bottom rung, the TSX is a TL-lite; but not in any good way. As for the SUV/CUVs, the RDX is a relatively loveable awkward duckling and the MDX has luxury presence, albeit with a nasty nose.
In amongst these vehicles, Acura wishes to give us the ZDX. See, one assumes Acura loves the thought of the BMW X6; a completely unnecessary and terribly ugly high-performance tall wagon. When you could choose between the BMW X5 and BMW 5-Series Wagon, BMW thinks it might be able to rip off its stupid customers by offering the X6 at a higher price point. It must be noted, the BMW X6 found its way into the inaugural Bad 8 Supersize.
From the front 3/4 view, the front end of the ZDX has something very Pontiac Sunfire about it. That’s a shame. Look straight at the front of the Acura ZDX and you’ll not miss the TL’s shield grille. Yikes. The back end looks like a Nissan 370Z competitor, if only it could be lowered to sports car levels. Compliment with the backhand. From the rear 3/4 view, the front end looks like it’s falling in on itself. From above, the rear wheelarches look bloated and the car/wagon/CUV/whatever appears to be a rejected Renault design for the second-generation Avantime. No wonder the preliminary photos Acura’s been releasing over recent weeks were shrouded in darkness – even Acura itself was reluctant to actually reveal the ZDX.
A 6-speed automatic, SH-AWD, and the probable use of the TL’s 3.7L 305-bhp V6 would make this a production automobile. For good news, look inside. Recent Acura’s have not been the ergonomic charmers the brand was once known for, but the ZDX guts sure do look good.
It’s shocking that Acura released a gorgeous TL in 2004 and even improved the RSX in 2005. Check out all 23 pictures of the ungainly Acura ZDX Concept below.