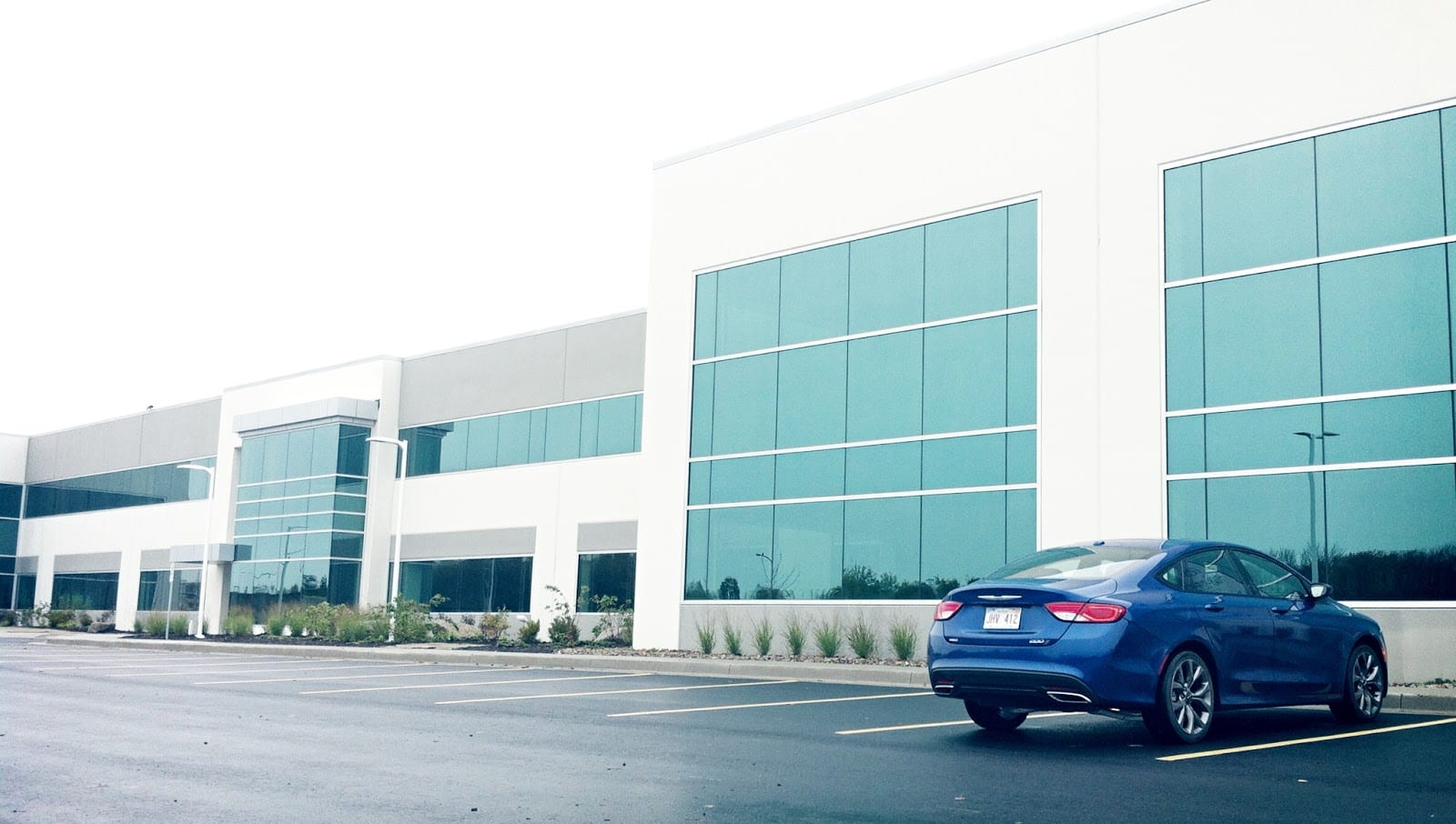 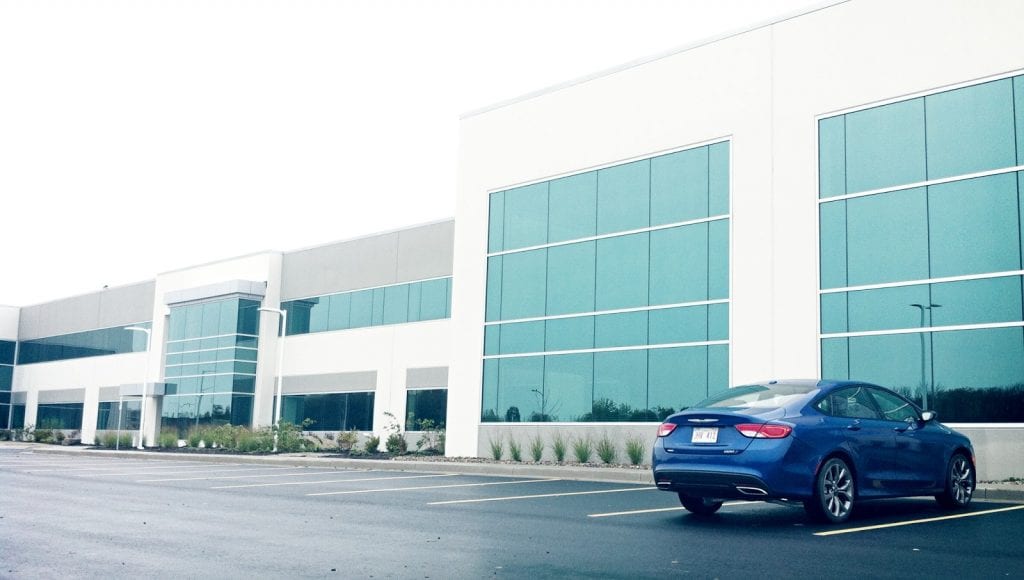 Yes, $38,815. And that’s not the top of the range. I know this because there are three conspicuous, dare I say ostentatious, blanked-out switches placed on the steering wheel, an owner’s most frequent touch point.

The steering wheel is what you grasp for the duration of your 35-minute commute each morning after you’re done grasping a toothbrush, a spouse, a child, a bagel, and a set of keys. It’s an intimate connection, even private.

You don’t allow anybody else to hold your toothbrush, your bagel, your spouse, or your child first thing in the morning. Similarly, you don’t hand your keys off to a random acquaintance and say, “Yeah, take’er out for a rip.”

You know the stitching of the heated steering wheel’s leather. You know how to find the big cruise control buttons without looking. You and the steering wheel share secrets, like the location of volume controls on the back of the middle spoke. The Bluetooth hang-up button, well, it doth fall readily to thy hand.

Yet all the while, the steering wheel in this rather costly Chrysler 200 tells you, nay, it screams at you: “I could have been better! You could have made me better! Am I not worth it? Did you need to order an unfulfilled version of myself?” And all the while, you’re left to stare at three pieces of glaring evidence every single day. After dropping $38,815 on a Chrysler 200, you’re still $2350 shy of possessing a fully equipped Chrysler 200.

2015 models have only recently arrived at dealers, yet my local Chrysler store has 200s prominently parked out front with “Save $4000” stickers plastered across the doors and updated stickers on the windshield declaring $5295 discounts.

Even with an eye-catching design and a vastly improved interior, a new midsize car trades on the reputation of its predecessor, which in this case was too strongly connected to a product line Chrysler would probably prefer to forget. Thus, Chrysler dealers already know consumers aren’t going to pay top dollar for this car, even if it is now a worthy contender.

At $38,815, the 200 S better be slick inside, and for the most part it is. But the cupholder slider which covers a massive bin between the front seats jiggles about in its tracks. The blue “wood” applique strewn across the dashboard is ghastly.

The upgraded Alpine audio system can’t cope with moderate increases in volume and caused many an interior part to quiver long before maximum output was called upon. It is not at all about that bass.

In a mostly hushed cabin, the amount of wind noise when the panoramic roof’s sunshade is open is shocking. The passenger’s seat is not powered. Shift paddles which grow out of volume and tune buttons on the back of the steering wheel are a bit dorky.

Rear seat space is not midsize-like, and the bench would still be deemed uncomfortable even if there was real Camryesque capacity.

Visibility for the driver is severely impinged upon by a thick, steeply raked A-pillar and the coupe-like roofline all around. Likewise, the trunk’s 453 litres of capacity is crowded by long goosenecks.

Ergonomically, however, the quad-knob layout liberally spread out beside the driver for volume, scrolling, climate, and gear selection is ideal. UConnect is brilliantly straightforward, faster than most equivalent systems, and its touch screen never felt too far away. As much as I want to remain true to convention and call for a traditional gear lever, this third meeting with a rotary dial shifter made for three occasions in which it felt perfectly natural.

There are niggling little nitpicky issues inside the Chrysler 200, but poor visibility and a somewhat tight rear seat are the only characteristics capable of overriding the elegant simplicity encountered by the driver via the oft-used infotainment unit. 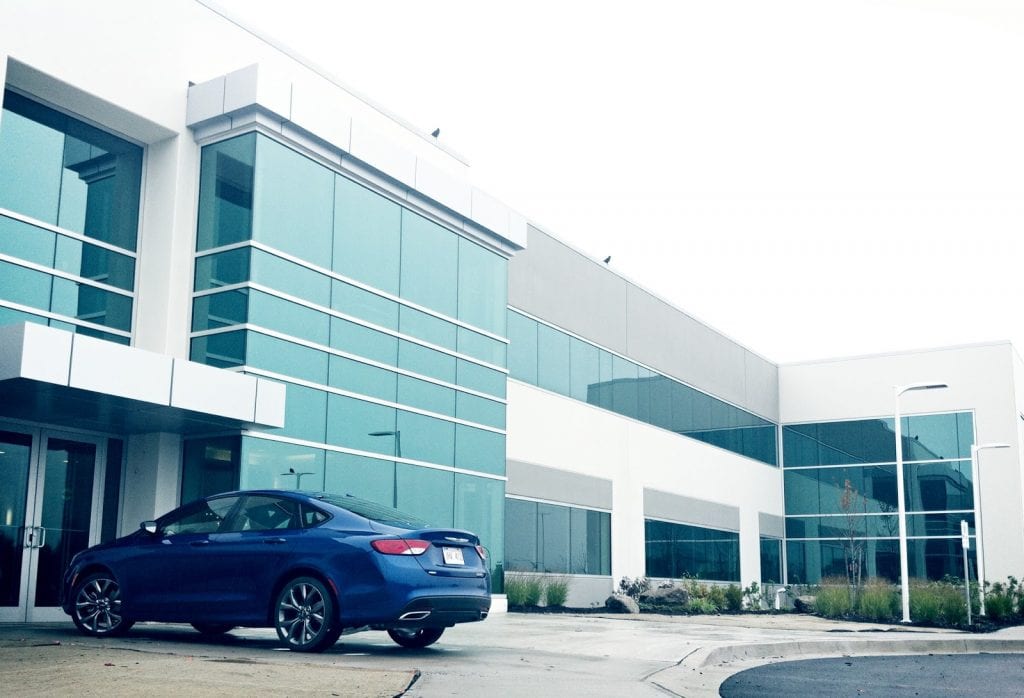 In this S-is-for-Sport variant of the new 200, ride quality remains comfortable despite low-profile 19-inch rubber. The 200 S is firm on 235/40R19s, but it’s not busy or crashy. The composed ride doesn’t really pay dividends in terms of outright handling ability, as the all-wheel-drive 200 is simply too heavy for athletics. Chrysler’s all-wheel-drive system has a the ability to disconnect the rear axle, but because it can’t discard and recoup the rear axle on a whim, it adds 322 pounds to a V6-engined 200 S.

At 3795 pounds before options – and before adding you, you bagel-eating glutton, you – the 200 S AWD weighs about 100 pounds more than the last all-wheel-drive midsize sedan I drove, Subaru’s Legacy 3.6R. (The weight gap between the 200 S AWD and Ford’s lighter Fusion Titanium AWD is greater.) 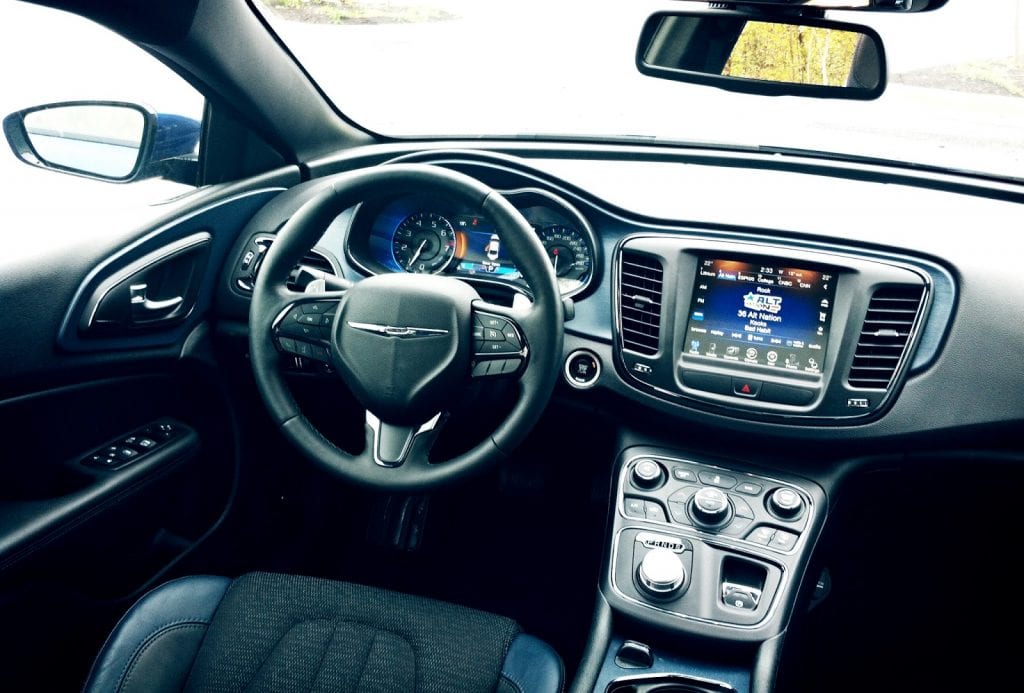 As a result of all that girth, 295 horsepower doesn’t feel quite like 295 horsepower. The 200 is undoubtedly a quick car, but it takes some prodding. Toss the 200 into a corner with its weighty but slow steering and it remains nicely level, but it’s not terribly willing to quickly change direction again. Powering out of the corner with haste will require a firm press of the throttle, though, and you might see a kickdown of two or three gears when a single kickdown would have been effective. (At least the intense growl of the engine is musical.)

Indeed, the nine-speed automatic operates much more like it ought to when you demand quicker progress from the car. Meandering about, this 200 was of a mind to shift economically but couldn’t make those shifts happen with alacrity, hanging on to revs before finally falling into second, then third, then fourth. There’s some hunting around in the higher register, though you’ll rarely, if ever, see ninth. But that hunting is more evident in the digital read-out than in sound or sensation. The nine-speed is certainly not what I’d call a good transmission, but those less sensitive to the differences between a great modern eight-speed like ZF’s (or the Ram pickup’s) and this nine-speed likely won’t be bothered.

In our house, the nine-speed’s suboptimal shift quality couldn’t make up for the 3.6L’s appeal. The poor visibility detracts from what could be an otherwise pleasant interior. At 21 miles per gallon in our mix of city and highway driving, the 200 wasn’t exactly thrifty, either.

Still, going back a number of months, few cars in the affordable realm have appealed to my neighbours and friends as much as this 200. They were enticed by an attractive car which, with a boatload of features and space superior to that of their current compact, can be had at an alluring price they saw on the back of the newspaper they were perusing while waiting to get their flu shot. 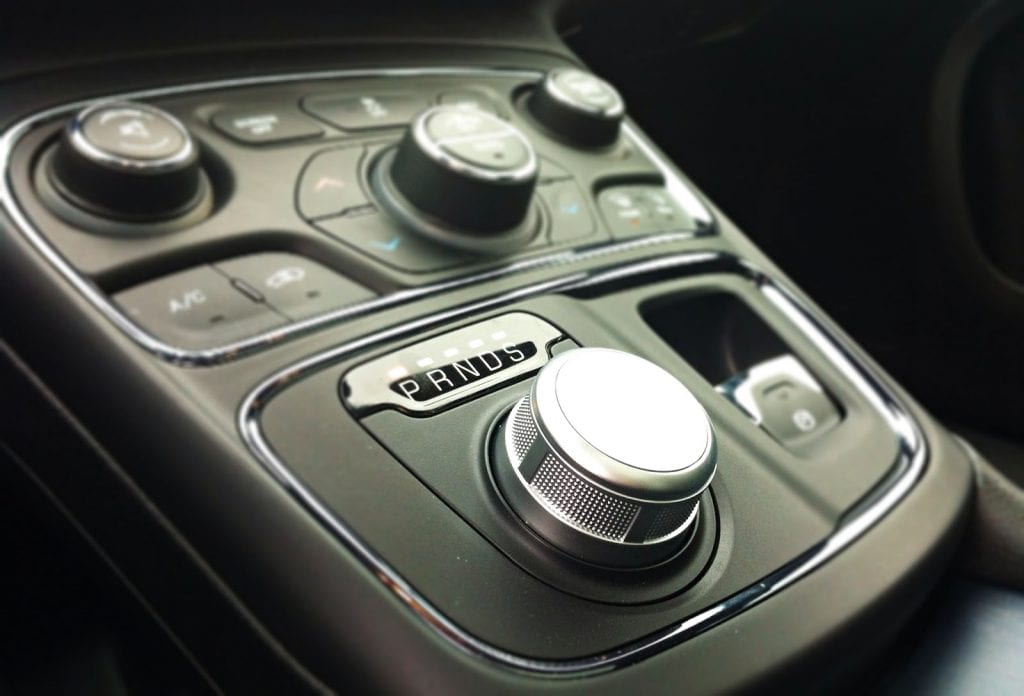 With a front-wheel-drive V6 S adding just $2000 to the price of a four-cylinder S, it’s easy to see why they could be seduced.

All-wheel-drive, on the other hand, is only available with the V6 and adds $2500 to the cost of a 200 S V6 or 200 C V6. The subsequent weight increase isn’t worth it when good winter tires will accomplish more.