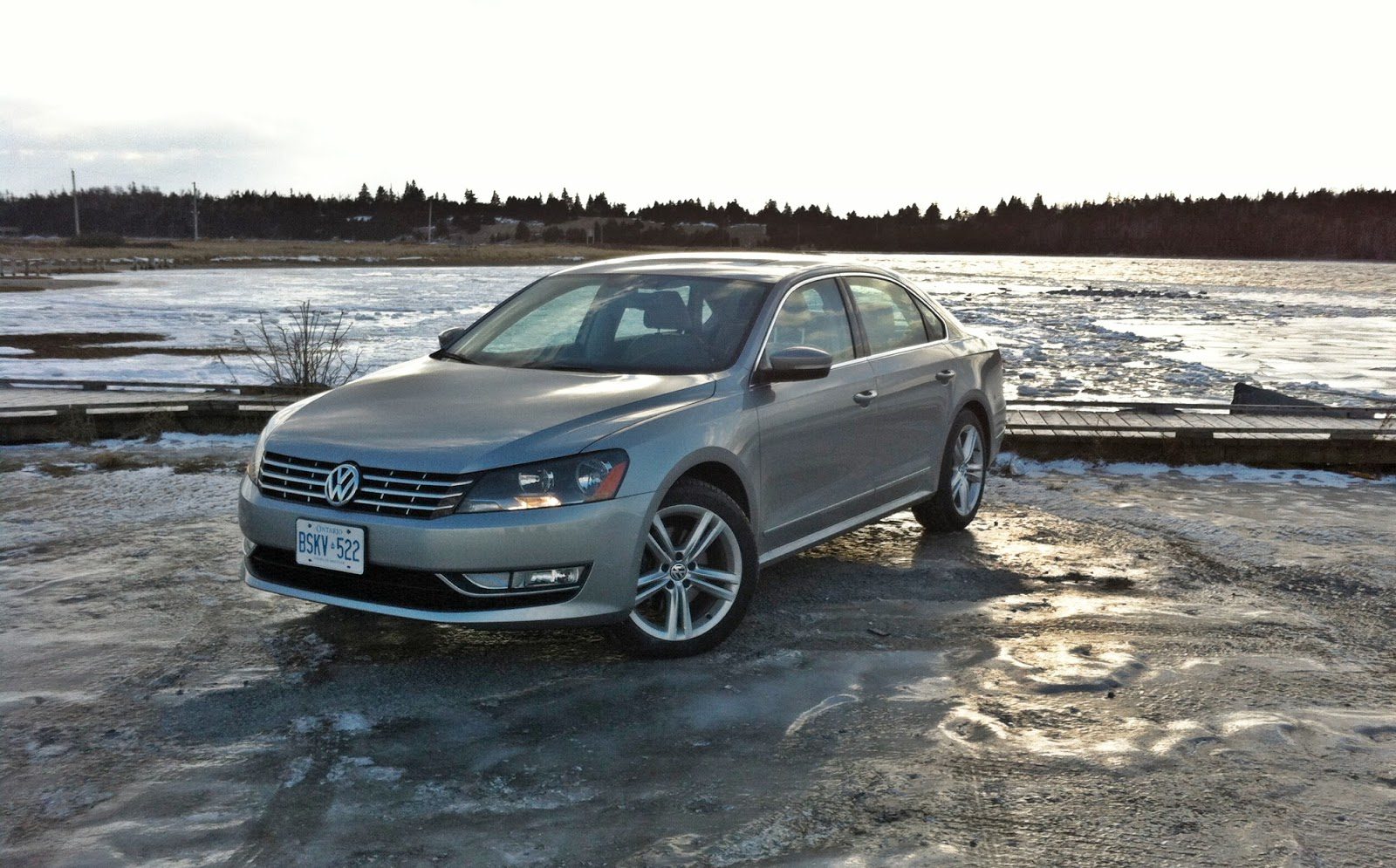 Believing that the degree of throttle application matters less to a diesel-fired engine than a gasoline-fired engine, I intentionally drove last week’s test car, a 2014 Volkswagen Passat TDI Highline, in an enthusiastic manner for seven days.

Adding credence to my theory, the week of primarily city driving resulted in the consumption of 7.8 litres of diesel per 100 kilometres, equal to 30.2 mpg on the U.S. scale, a hair better than what the EPA says the Passat will consume in city driving. 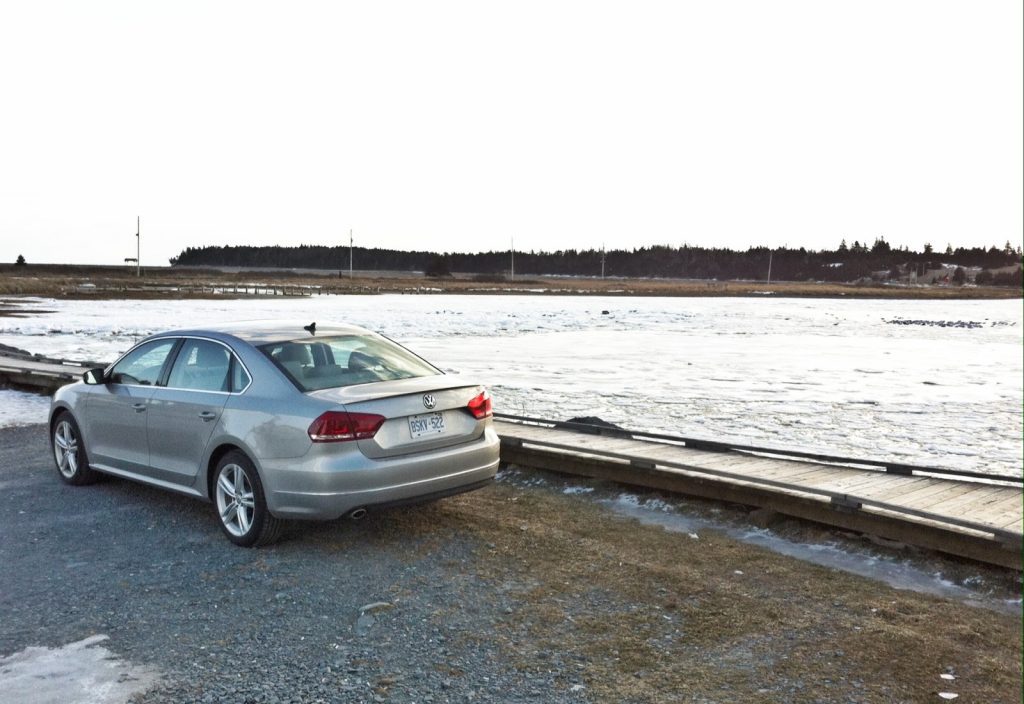 Nothing was working in the Passat’s favour. Prevailing temperatures were well below normal. Almost all of its drives around the HRM involved stop-and-go traffic. And I liked feeling that instantaneous slug of torque available just off idle, so I made it a rule for the week to feel it often, thereby out-accelerating all rivals away from all intersections. (Sure, there’s not much beyond that initial slug of torque – the engine only revs to five grand – but the slug is nevertheless a wonderful slug.)

Without working to achieve the best efficiency rating possible; without a gentle right foot or mild temperatures or highway cruising, the Volkswagen Passat TDI consumed as much fuel as Volkswagen and the EPA said it would.

Think that’s normal? Last week, in similar circumstances but with a gentler right foot, our 2014 Chevrolet Malibu test car consumed 17% more fuel than the EPA said it would, and we forgave it because of the cold. In the spring, our EcoBoosted Ford Fusion test car consumed 20% more than it should have, and, well, at least it made up in boost what it lacked in eco. 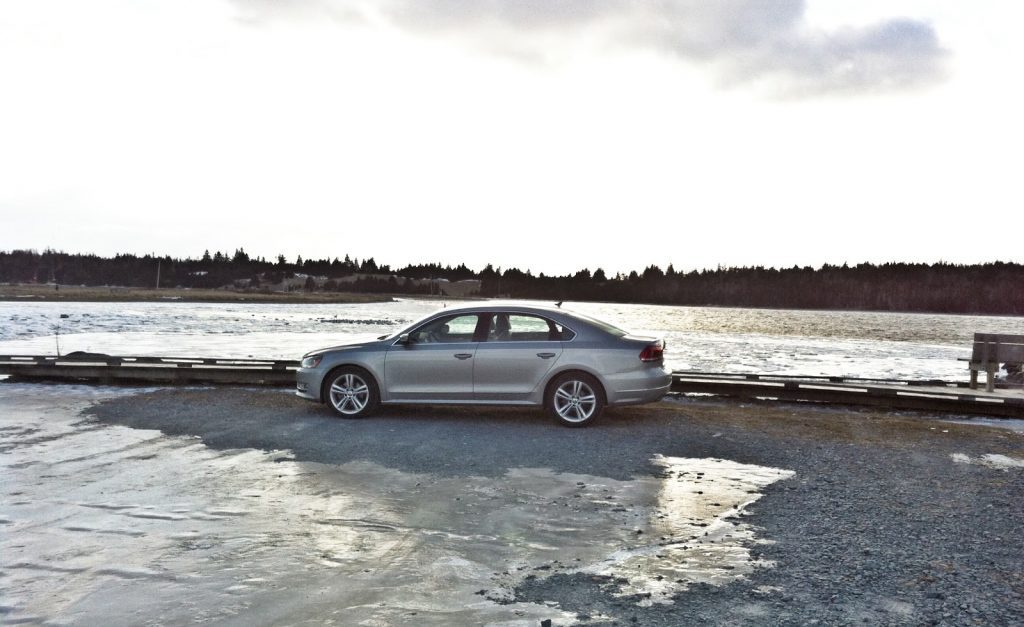 Can EPA figures be beat? Yes, when we tested the 2014 Mazda 6, the EPA figure was out-matched, and the four-cylinder Nissan Altima we tested last winter managed the same feat. There was no $2600 surcharge for a more efficient powertrain in their cases, but neither car was driven as aggressively as we drove this Passat, nor in temperatures as bone-breakingly cold. Polar vortices suck.

When Volkswagen Canada had a 2014 Passat TDI Highline delivered to GCBC Towers, however, the intention wasn’t for the car to be exclusively judged on its efficiency under duress.

Although car reviewers sometimes fall into the trap of studying the merits of hybrids and electric cars and diesels on their money-saving potential alone, forgetting that there’s a car wrapped around the empowering components, the Passat TDI is much more than a diesel-powered Camry alternative. That should be obvious: it’s available with two engines that use gasoline.

IN THE CAR
It’s enormous inside. It can get pretty expensive. It’s surprisingly effective on a rural back road, where the gargantuan dimensions of a modern midsize car finally feel as though they shrink, which certainly isn’t the case when reversing into narrow spots in my parents’ underground parking garage. It’s also solid in that very Germanic way; all of a single piece, you might say.

The massive cabin is nicely appointed, both in terms of materials and features, but Volkswagen’s infotainment interface felt out of touch before I encountered Mazda’s excellent system in the all-new 3.

The interior design is also a bit sterile. Minimalistic would be the complimentary term, but neither the interior or exterior styling is particularly deserving of compliments, nor are they owed any criticism. Both are classy in a exceedingly subtle way. But the cabin majors on space efficiency, a trait which becomes all the more evident when the Passat’s big trunk works together with the folded rear seat to create a quasi-SUV experience.

We bought new blinds for our big living room window and did a hefty Costco run (900 unscented baby wipes for $19.79, are you serious?), remembered we were driving a sedan, then remembered it didn’t matter. We had the key to a Passat. Which was parked a mile away. Because, it appears, all of the people go to all of the Costcos on all of the days.

ON THE ROAD
In that moment when the Passat landed in my driveway, replacing a Malibu, I thought, “We’re definitely swapping one American car for another.” Yet only the briefest of drives was required to separate the two, and the Passat landed squarely on the German side of the playing field. This isn’t a Golf R (although our test car apparently had a Sport package, which is mostly aesthetics plus bigger wheels and secretive paddle shifters), but this isn’t a Malibu.

Ride quality is superb, but the Passat doesn’t mind being tossed about like a much smaller, much sportier car. The steering is too light and too slow for you to feel completely confident when hustling the Passat, but the suspension setup and relative lack of tonnage – it’s nearly 300 pounds less than that all-wheel-drive Fusion – make for a car that remains rather unruffled by mid-turn potholes. Yes, the Mazda 6 is a lot more fun to drive fast, but the 6 is quite firm, and it’s not at all this spacious inside.

That initial feeling of, “I reckon she’s got some pick-up,” gradually dissipates, and while it doesn’t leave you crying out for a different engine, it does make you wish for an extra 20 or 30 horsepower. This same engine is better suited to the Golf’s weight class. And yet in part because of an excellent marriage to Volkswagen’s direct-shift gearbox, in which the next gear is always ready to take over, this 2.0L TDI’s 140 horsepower is sufficient. Diesel power delivery can be strange to those who’ve never experienced it, but it is ideal in real world city driving situations. Punch the throttle and squirt through the gaps, delay-free. 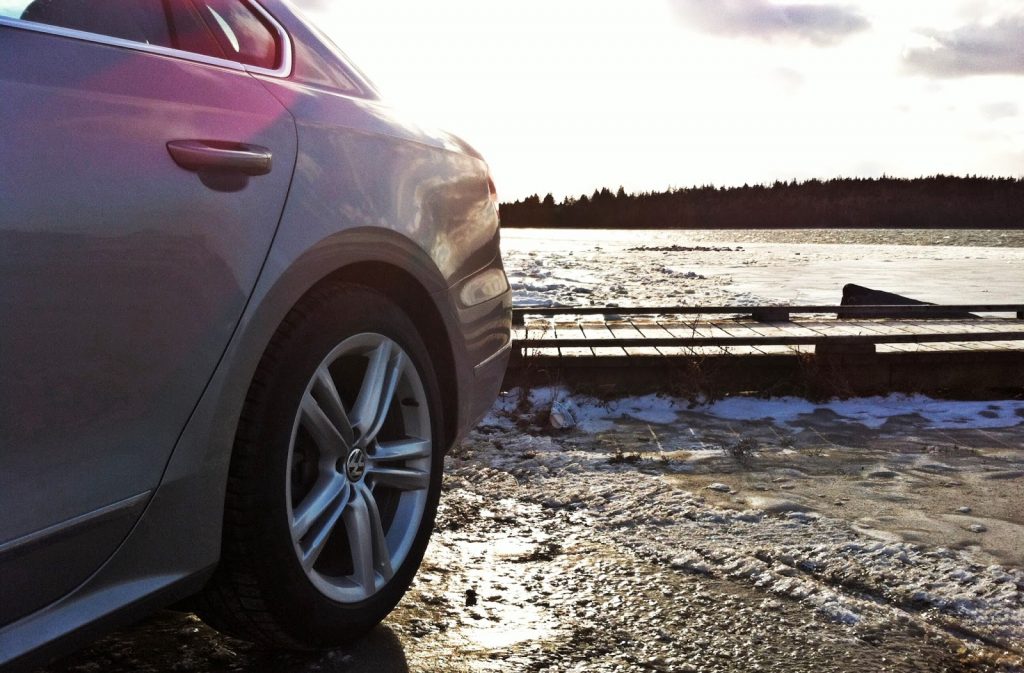 PAYING THE PRICE
Structurally, the 2014 Passat does feel like one very solid piece of metal, but there’s quite a bit of whistling around the A and B-pillars; an unfortunate amount of road hum, too. In a near-$38,000 car, noise is not a welcome encounter after a week in the hushed Chevrolet Malibu, a car silent enough to perhaps accentuate the perceived level of wind and road noise in the Passat. This factor does draw attention to the realization that we’re driving a car that costs as much as the very refined Toyota Avalon but can also, as a more basic VeeDub, be an under-equipped and wildly capacious Hyundai Elantra substitute.

Don’t blame the diesel and the ideal-for-a-diesel transmission for the high as-tested price. This combination can be had for under $30,000 in a Passat Trendline. You might thus find that missing out on some luxury would be a satisfying sacrifice. It’s not as though any other automaker currently offers a diesel engine in a Passat rival, and unfortunately, the future of Mazda’s 6 diesel is questionable.

I’ve said it before and I’ll say it again: It’s not what you drive, it’s how you drive it. But I can’t apply that adage to this review of the Passat TDI. That’s good news for fans of driving. And thankfully, consistent efficiency isn’t the only thing Volkswagen’s midsize sedan has going for it.