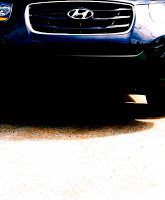 The late 90s brought automotive enthusiasts an exciting new invention. By way of the world wide web, we were able to configure our own vehicles just the way we wanted them; painted properly, kitted-out appropriately, even accessorized accordingly. In 2010, more manufacturers are taking part in the fun by extending the ability of their configurators to include genuine Build It Price It pages capable of finalizing payments down to the penny. Hyundai Canada is one such manufacturer. Their Pricing Summary section even incorporates current manufacturer incentives.

From the consumer’s persepctive, this is all good. Vehicle configurators with absolute price control are eye-openers. This is the story of one such eye-opening event.

Kia’s 2011 Sportage is a fraternal twin of the Hyundai Tucson, a vehicle which has been around for a few months now.  But Kia Canada isn’t ready to open up their configurator to 2011 Sportages yet, only 2010s. With Kia and Hyundai pricing being so similar, why not just try building a Tucson to see how pricing of the more attractive 2011 Sportage would turn out? Of course, the Build Your Own section at www.HyundaiCanada.com also leads to the Hyundai Santa Fe, a long-time favourite at GoodCarBadCar.net. Two grand off the front-wheel drive 4-cylinder Hyundai Santa Fe takes its Canadian price down to $23,999. How attractive. Naturally, upon realizing the Santa Fe could be had for little more than a new Tucson (or 2011 Sportage), The Good Car Guy took one for a drive.

As an alternative to the traditional family wagon of yore, a 2010 Hyundai Santa Fe 2.4 GL FWD with an automatic transmission ($25,499 in Canada) and a boatload of features (Bluetooth, steering wheel-mounted buttons for everything, satellite radio, typical power features and…. aaah… reclining rear seats) is both practical and stylish. These things you already know, the second-generation Santa Fe has been around since 2007. But as you correctly recall, early reviews of the Santa Fe concentrated on the V6 versions; usually all-wheel drive luxury-equipped Limited models or GL Sports. Yet with the midsize 2011 Sonata priced $24,249 (with an auto trans), the discounted 2010 Santa Fe GL starts to look interesting. Is it worth considering? Read on after the jump to find out. 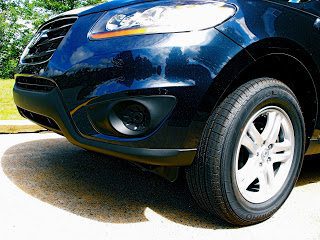 Before even pulling into traffic, the Santa Fe feels substantial, but not overbearing like a 2010 Ford Explorer or even a traditional minivan. Passengers are separated from the driver nicely, not so far away as to feel lonely in a Hummeresque manner but far enough to stop the clanging of elbows. I’m disappointed to see a foot-operated parking brake and large amounts of faux wood trim. However, the overall ambience is relaxing. Finding the ideal driving position is easy. Visibility out the rear and sides is terrific for a vehicle the Santa Fe’s size so reversing out of a spot between a Veracruz and Tucson isn’t difficult at all.

Now that we’re into traffic, I’m craving a heavier dose of air-conditioning. Though the knobs are set on the coldest setting with average fan speed and vents pointing directly at my face, I’m getting hit with air distinctly lacking in chill. Uh-oh, it’s a warm day in Halifax. 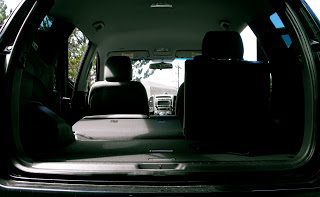 *Photographic apologies: The Good Car Girl and her Nikon were unavailable*

Next thing I know the brakes are super twitchy and the steering weights up nicely before adding more power assistance than I’d need to steer a school bus. It’s as if the power steering system is singing The Beatles: “Hello, hello, I don’t know why you say goodbye, I say hello”. Am I exaggerating? Possibly. The Santa Fe’s quirky power assistance issues are the sort of thing an owner notices on a test drive but hopefully forgets after the first few days of ownership. Acclimatizing one’s foot to over-servoed brakes occurs more quickly.

On the pleasant side of the ledger, the 2.4L runs smoothly, quietly, and powerfully enough. 175 horsepower and 169 lb-ft compare favourably with the old Santa Fe’s 180-bhp 2.7L V6. It’s not as though 3,723 pounds is too much girth for 175 horses, only that the new crossovers from Hyundai and Kia, namely the Tucson and Sportage, carry fewer than 3,200 pounds with 165 or 176 horsepower to propel the weight, a combination which could make the Santa Fe feel slightly lacking in context.

Hyundai’s 6-speed Shiftronic automatic goes about its business so smoothly you forget shifting is even taking place. The MacPherson strut front suspension and multi-link rear absorb bumps easily. Unlike well-behaved children, the worst potholes are heard but never felt, if you can make sense of that. Though tall and lacking sporting intention, the Santa Fe handles twists and turns the way a tall family vehicle should. The most discomforting thing you can inflict upon it is intense braking, or even moderately heavy braking. Front-end dive is more pronounced than most new vehicles in which I’ve driven.

So the 2010 Hyundai Santa Fe 2.4 GL isn’t a sports car. How enlightening. Huge inside (5.3 cubic feet more overall cargo capacity than a Honda CR-V) but not overwhelming to manhandle, the Santa Fe is a rockin’ deal for drivers who crave a loftier position but don’t want to sacrifice car-like qualities or pay a high price. With Hyundai’s amazing warranty and 0% financing, the Santa Fe should post terrific Sales Stats in the foreseeable future, even with the 2010 Tucson and 2011 Kia Sportage biting at its heels.