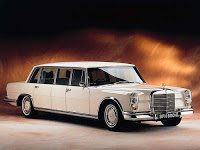 To what degree will luxury automakers strike at the new North American consumer fear of high fuel prices? BMW is attempting to make the case that they understand high fuel prices being European-based. Audi, Mercedes-Benz, and BMW all have diesel plans; much of which surrounds current vehicles or their direct replacements.

As time moves on, will a move toward smaller vehicles be mandatory? The automakers own fear of devaluing their brand image has motivated BMW to introduce a much better sub-3 Series car. Mercedes-Benz’s struggles with the previous C-class coupe is keeping it away from this continent. And, from what we hear, the German trio emphasizes new-technology (hydrogen, hybrid, and turbodiesels) far more than downsizing.
Yet downsizing is the natural answer to alleviating the pain customers feel at the pump. Understandably, the German trio could be rightfully scared of Americans historical tendency to pay by the square foot. Only the small-but-premium Mini Cooper and, to a certain extent, the smart fortwo have challenged that practice. Thus, the advent of the Mercedes-Benz A-class quite a few years ago and the Mercedes-Benz B-class (already on sale in Canada) don’t strike the automakers as obvious candidates for the American marketplace.
Luxurious? Sure. But how luxurious can a small 4-cylinder car really be? These are questions Americans have always responded with when faced by the thought of a tiny luxury car. Will that story begin to change as fuel heads towards $5.00/gallon? Do Americans want a sub-200bhp, roomy Mercedes when a 268-bhp Honda is in the same financial realm? Will we ever know? Will The Good Car Guy stop asking questions?
Behold the ’09 Mercedes-Benz A-Class Coupe and B-Class galleries.