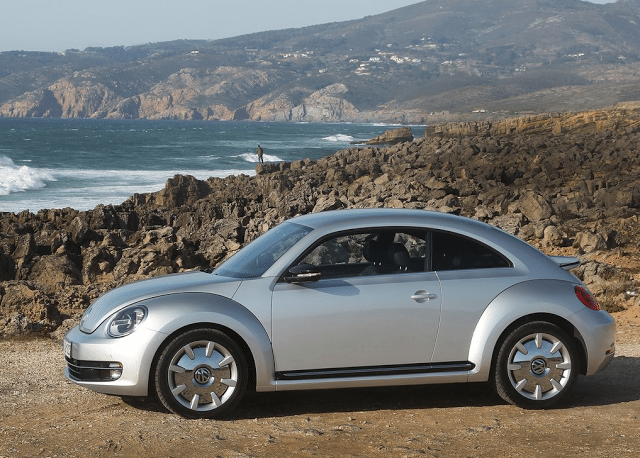 It’s been nearly two years since GCBC reviewed the 2013 Volkswagen Beetle Convertible and voiced our complaints about the permafilth in the beige interior.

Today, we’re showing you a video review of a hardtop Beetle, a 2015 model with the 1.8L turbocharged four-cylinder we recently tested in the Golf.

This week’s Alex On Autos‘ $25,885 tester was fitted with an automatic transmission and achieved 28 mpg during its stay with Mr. Dykes. U.S. sales of the Beetle are down 20% to less than 11,000 units through the first five months of 2015. It ranks 65th among cars in new vehicle sales volume.

As always, you won’t find a more detailed, thorough, intelligent video review of the 2015 Volkswagen Beetle 1.8T on YouTube.