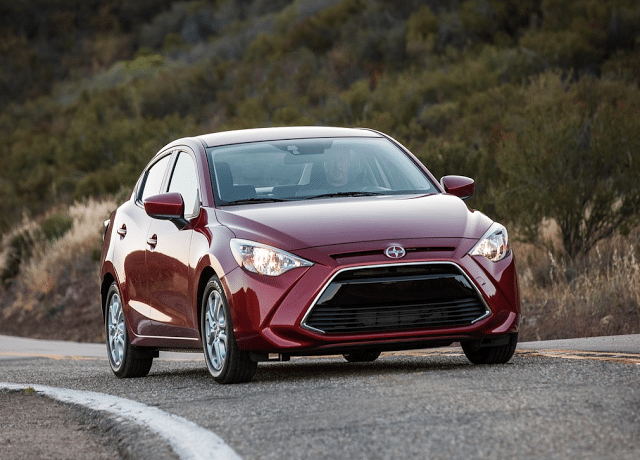 Set to be marketed in Canada as the 2016 Toyota Yaris sedan, the 2016 Scion iA is, in almost every way, a sedan version of the upcoming 2016 Mazda 2, which won’t be sold in the United States.

This week, Alex On Autos’ Alex Dykes reviews the 2016 Scion iA. As always, Alex’s review is the most detailed video review of the iA you’ll find on YouTube.

The iA is the Scion brand’s first sedan. Initially, Scion’s U.S. volume was strong because of outside-the-box boxes like the first xB and the xA. Scion was further strengthened by the tC’s introduction, with the brand’s best ever U.S. sales year, 2006, matching the tC’s best ever year of sales. But in 2014, sales at Scion were down 60% from that 2006 peak.

Is the iA the remedy for all that ails Scion? No. Not only does the car fail to match Scion’s brand image in any meaningful way, the weight of propelling the brand forward will likely fall more directly on the iM, a twin of the Toyota Auris that’s sold in other markets.