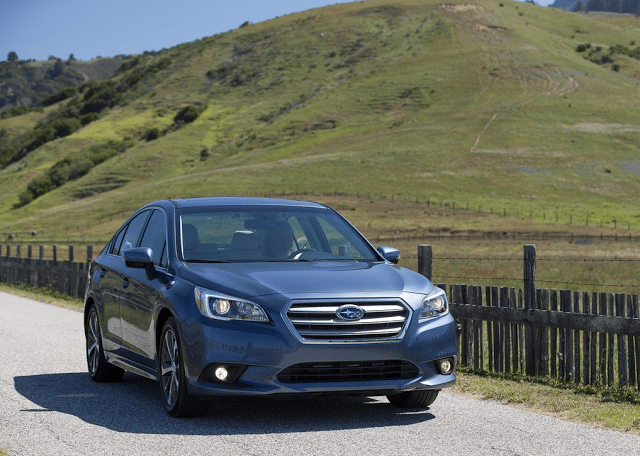 We drove a 2015 Subaru Outback 2.5i and, despite its low total output, we were satisfied.

But when Subaru delivered a 3.6L version of their Subaru Legacy (the sedan version of the Outback wagon) to GCBC Towers, we were disappointed. So much money, such poor fuel economy, and not that much power.

Now, there may have been a problem with that car. Something wasn’t right, Subaru felt. They want us to test another one, but scheduling hasn’t permitted that.

Regardless, we’ve wanted to review a four-cylinder version of the Legacy ever since. Can it combine sufficient power with its unbeatable all-wheel-drive system while overcoming the faults of the previous generation?