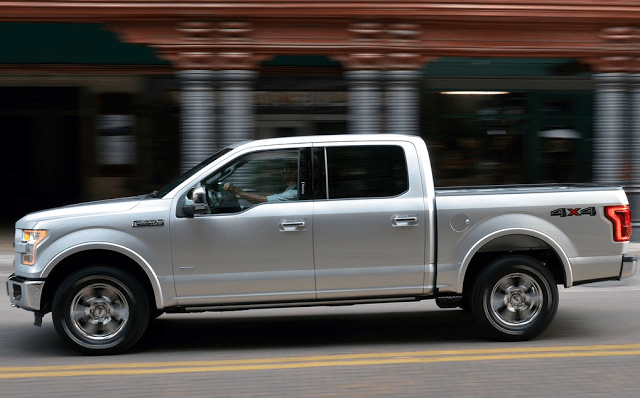 It’s not often than Alex On Autos’ Alex Dykes reviews a pickup truck. More often than not he – like other auto writers such as myself – are careering around towns and villages in traditional passenger cars and crossovers. Pickup trucks are common on North American roads, but there aren’t actually that many nameplates available. So far this year, only nine different pickup truck nameplates have generated five-digit U.S. sales activity.

Atop the pickup truck leaderboard is the Ford F-Series. Although the GM full-size twins are currently combining to outsell the F-Series range – they haven’t done so on a calendar year basis since 2009 – the F-Series is the best-selling vehicle line in America.

Nicer versions of the core F-150 are selling like hotcakes, too, and the average transaction price for a new F-150 keeps creeping up.

Lo and behold, Alex Dykes most recent video review subject is one such F-150, a 3.5L EcoBoost-powered Platinum 4×4 SuperCrew. We’ve also included another Alex On Autos video below, one in which Alex examines the child seat potential in the SuperCrew. These trucks are increasingly used as family vehicles, so discovering how well the child seats fit inside the back of a full-size pickup truck is essential.