Volkswagen feels that autobahn is at the core of each and every… er, Volkswagen. There’s a fair degree of sense here. Volkswagen is a German company – People’s Car. Autobahn is as German as Franz Beckenbauer. And Adolf Hitler is a nasty historical connector. 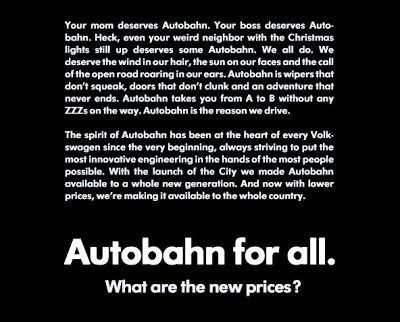