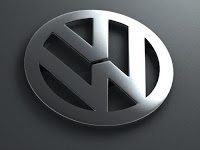 Such a grand automotive group produces grand numbers. Here are a few recent Volkswagen-oriented figures.
—–
550,000 – expected number of total worldwide new car sales across the Volkswagen Group in April
7 – percentage growth represented by 550,000 new vehicle sales, as opposed to April of 2007
2,120,000 – expected number of total worldwide new car sales for the first four months of 2008 by the VW Group
2.5 – worldwide growth, in percent, in the total automotive marketplace, significantly lower than Volkswagen’s outlook for its group which will see a 7% increase over the first four months of this year
320,000 – of the half-million+ sales by the whole group of Volkswagen’s brands, this many will come from the VW badge alone
71 – age of Volkswagen chairman Ferdinand Piech
180 – horsepower available to the 71-year old Piech on board his Ducati motorcycle, a bike made by the Italian manufacturer Piech wants Volkswagen to purchase