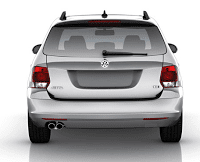 Pricing automobiles is a science for which automakers employ many employees. A science; yes. A perfected science; no.